#LifeMatters: Kyle Davidson on Leaving No Soldier Behind 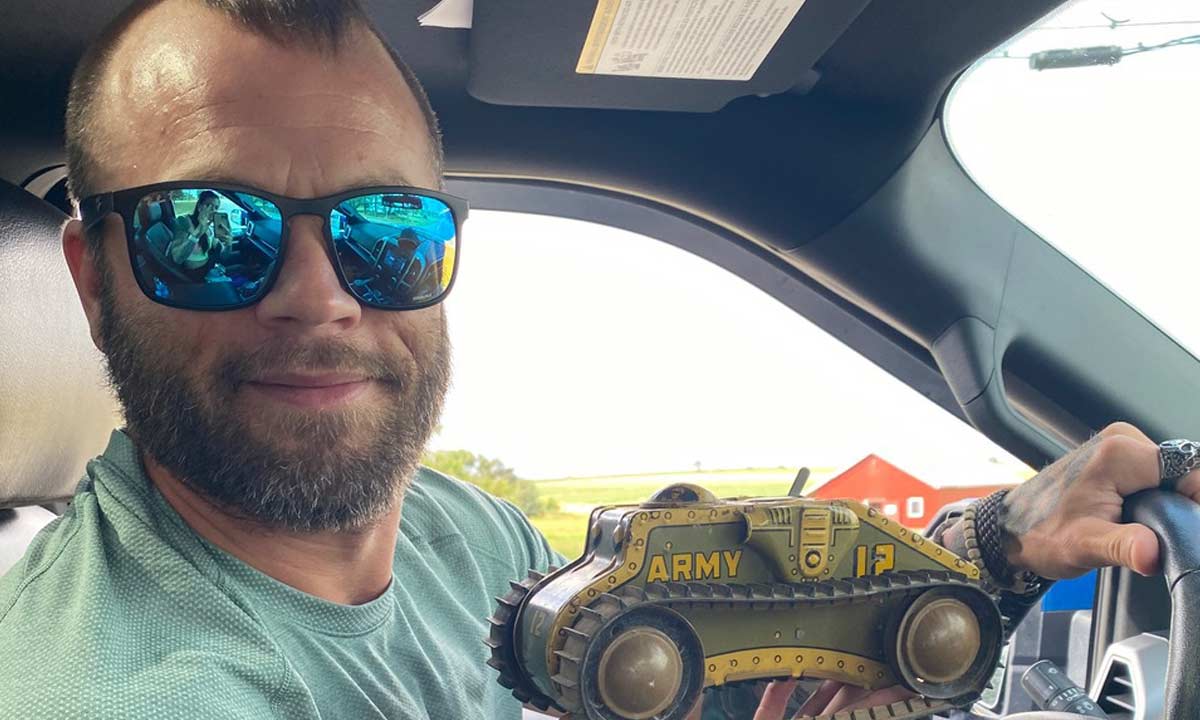 Open share menuClose share menu
While a combat engineer serving in Afghanistan, Kyle Davidson's vehicle was blown up. He also stepped on a landmine while clearing a road. Although injured, he didn't leave his soldiers behind. His dedication to troops continues today, as he supports veterans returning from service.

As a child, Kyle Davidson was labeled “unteachable.” He was diagnosed with ADHD and some teachers told him he’d amount to nothing. At 19, he was charged with impaired driving after having a couple of beers at a friend’s place. As he tells Tony Chapman during the fourth episode of #LifeMatters, the judge at his hearing made it clear he never wanted to see him in court again. That’s when Kyle decided to change his life.

At the Canadian Armed Forces recruitment office, Kyle became interested in combat diving and began the process to become a combat engineer. In the military, he felt comfortable — he felt he was cut out for the training, the work and the mindset. “You could show up and it didn’t matter who your mom or dad was, what your income was, nothing mattered,” he tells Chapman. “In the military if you produce well, you’re going to excel.”

“Nothing can prepare you for getting blown up”

Davidson was one of 5,000 troops deployed to Afghanistan in 2010. His role as combat engineer involved removing explosives from the ground — to clear a path so troops could travel safely.

“I don’t remember a lot,” he says of the day he stepped on a landmine. “A guy in the lead vehicle said I was just going through the air. There was dust everywhere. There was chaos.”

Later, while he was trying to process how he was still alive, his chain of command told him he could go home. “You’ve done your job here,” he was told. But Davidson couldn’t leave. He felt if anything happened to the troops, it would be on him. “I had to stay no matter what. I wasn’t going to leave them.”

Dealing with an unseen injury

While Davidson was fine on the outside, inside he was hurt. He began forgetting things, didn’t know where he was sometimes. He was constantly fighting depression and anxiety, and couldn’t sleep due to night terrors. He had a brain injury and had to leave the military.

In all of this, one of the hardest things Davidson had to deal with was leaving a job that he loved. Because he was not only losing his career, he was also losing his identity.

“As soon as you leave the military, you’re nothing,” Davidson tells Chapman. You have no qualifications. I can clear a building for the Prime Minister, I can be a master diver in the military, but once you get out, it’s all different.”

Creating a soft landing for veterans

Kyle Davidson was brought up to help people. When he left the military and realized the challenges of transitioning out of service, he set up a consulting company to help veterans who feel lost and useless. He’s now building a centre for veterans who may be struggling with alcohol, drugs, family life or money. “I’m not here to make your problem go away. I’m here to help you get back to a level mindset,” he says. “It’s a great environment that will help calm down some voices in people’s heads.”

While he helps veterans cope, Davidson continues to work on himself. “Once we stopped trying to fix the injury and started working on living with the injury, things got better,” he says. But there’s still a long way to go.

Kyle Davidson dedicated his life to clearing the path so others could travel safely and freely. As Canadians, we must remember this as he — and other veterans — navigate their own difficult roads to health and recovery.