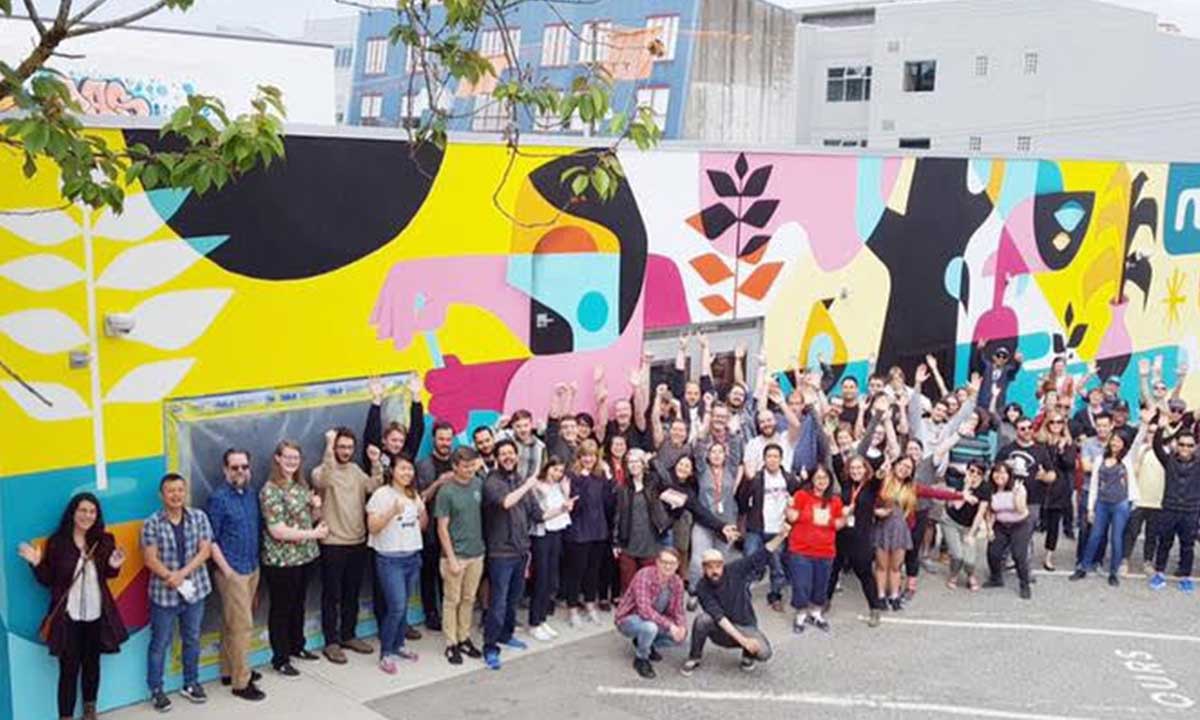 With around thirty animation studios in Vancouver alone, it’s safe to say the Canadian animation scene is booming. In fact, a key challenge for studios today is finding qualified talent to join their growing teams.

“The world of work is changing, and we have a responsibility to help young people prepare for the opportunities and ambiguities of the future.” says Martin Thibodeau, RBC Regional President, British Columbia. “We know from the Urban Work Index, that Vancouver presents many exciting employment opportunities for youth. Yet we are also aware that the city’s affordability and competitive job market presents organizations with the unique challenge of going above and beyond to attract and retain their employees.”

Celebrating its 20th anniversary, Atomic Cartoons knows a thing or two about recruiting and keeping talent. In the past few years, the award-winning animation company has grown from 200 to more than 600 staff on the west coast and in Ottawa.

Of course, there’s a certain allure to working at a thriving animation studio that’s known for producing popular shows. Besides work with Nickelodeon, Cartoon Network, and Marvel Animation, artists at Atomic Cartoons are currently working on The Last Kids on Earth, a Netflix original series based on the bestselling books about zombie-fighting middle schoolers.

Zombies aside, Atomic Cartoons’ approach to attracting talent, especially youth, is something to take note of.

Look to the Long-term.

Atomic Cartoons’ HR Director, Colin Beadle, says a long-term strategy is part of how the studio has assembled some of the best people in Canada — and maybe even in the world. “The thing,” says Beadle, “is to start early and build connections with high schools, and, really, elementary schools.” For Atomic Cartoons, that means inviting classes into the studios as a way of inspiring the next generation of artists.

Nurture the Future of Your Industry.

Atomic Cartoons also hosts regular visits from animation schools across the country. When classes come in, they don’t just get to see what the inside of a working studio looks like. They get to see how their own work days could look in the future. Current students get to see that the post-graduation “starving artist” stereotype is just that — a stereotype.

Look for Core Skills over Credentials.

Beadle says he often spots people who’d be an ideal fit for certain jobs working at cafés near the Vancouver studios. This requires being flexible and understanding that someone with core skills like communication and collaboration might work well on a team, versus someone with specialised knowledge.

Give Staff the Chance to Try.

It’s worth giving staff the chance to move between different departments, Beadle says, so people can figure out what they love doing. That way, they may be more likely to thrive and don’t have to find a new company in order to try out a new position.

Junior artists often come to Atomic Cartoons straight out of school, so the company tries to connect them with senior artists as mentors. Within that buddy system, the newest staff members have someone they are comfortable bouncing ideas off. They can find out, for example, if they’re ready to take what they’ve been working on to their director or supervisor, or if it might need a little more work.

“One way of holding onto the talent we have right now is by training them as new opportunities arise,” says Beadle. He tells the story of a new piece of software that ended up being difficult to find talent for in the city. To solve that gap, Atomic Cartoons created training boot camps inside the studio to make sure staff were ready for the change.

“It’s not about clocking in the hours,” says Beadle. “It’s about making art.” So if someone needs to come in late to the office or to leave early — or if they just need to go for a walk to clear their head — that should all be encouraged.

“People can’t be at the office working all night and day,” he says. “There are people in the studio with families, kids, dogs, cats — all kinds of responsibilities. We give the flexibility to work from home if that’s more conducive to a person’s work-life balance. And if someone needs a hard ‘out’ at 3 p.m., there’s room for that.”

Be Creative When Trying to Motivate Staff.

In addition to Q&A panels with industry experts, Atomic Cartoons brings in local nonprofits the staff are interested in. A recent talk from OWL Rehab in Delta, B.C. ended up being Atomic Cartoons’ best-attended talks ever. About 400 staff squeezed into the kitchen to learn about the rescue, rehabilitation, and release of eagles, hawks, and owls. 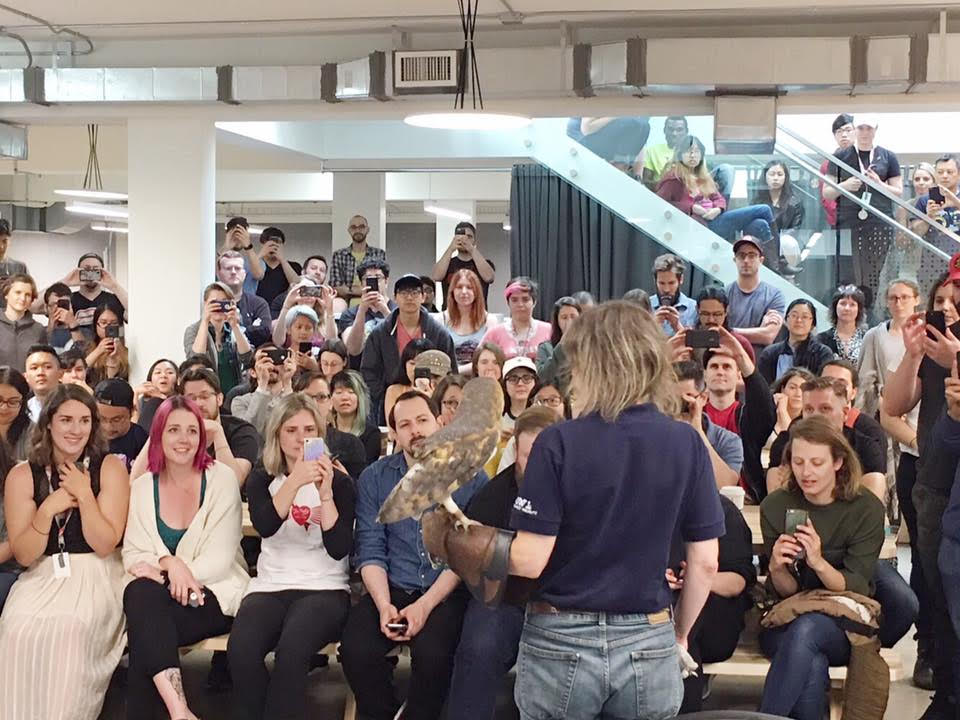 Celebrate When People Decide to Move On.

“We’ve been really lucky to hold on to so much of our talent,” says Beadle. “And when people do decide to move on, we celebrate it. We’re excited for them.”

And if they end up coming back to Atomic Cartoons? “That happens quite a bit,” he says. “We welcome their return.”

Find out more about how RBC supports Youth.