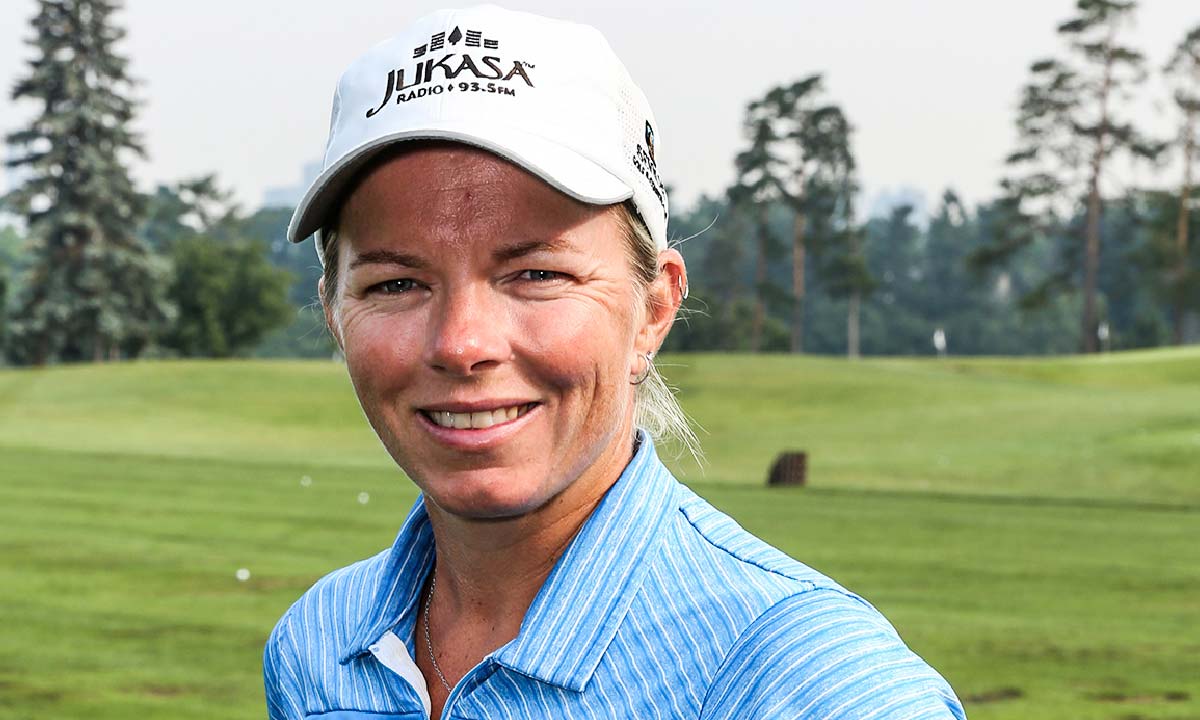 Open share menuClose share menu
In recognition of National Coming Out Day, we hear from Canadian golfer Alena Sharp on how balance and happiness are critical ingredients for success — and how being true to yourself can help you achieve both.

Over the last few years, Canadian golfer Alena Sharp has been playing the best golf of her career. After a bumpy start on the tour — where she lost her full LPGA status for a time, played sparingly over some lean years and struggled to crack the middle of the pack in earnings — the tide began to turn, more than 10 years after turning pro. While there were a few contributing factors to her burgeoning success, the prevailing influencer was simple. Happiness.

Alena and her partner Sarah Bowman met playing hockey in Arizona (of all places). In 2014 they became a couple and a short while later, Bowman became Sharp’s caddy. While their relationship wasn’t a secret, Sharp hadn’t come out to the media, her fans or sponsors.

“People knew, but I didn’t really announce it,” Sharp says. “It was one of those weird topics that people never really talked about.”

It was when Sharp’s agent asked her if she was interested in being profiled in ScoreGolf Magazine that she decided to come out. She admits she would have been hesitant if she’d been asked five years earlier, but with age and growing self-confidence, she was comfortable with the move. All the same, it was still a big deal.

“It was pretty major because it was out in the media. I was a little anxious and nervous to see how it was going to be received. All of us want to be accepted,” she explains.

Reaction from fans and sponsors was overwhelmingly positive, but Sharp admits that she still feels like it’s a skirted-around topic in the media. Many sportscasters, for example, will talk about other golfers and their boyfriends and husbands, but never mention Sharp and Bowman as a couple. It’s this next level of inclusion that will ultimately help LGBT+ athletes feel more comfortable and confident being who they are. And it’s why Sharp refers to coming out as a “journey” — it’s not a singular moment in time.

“There’s still along way to go,” she says of feeling comfortable being in certain places, and around people who may not be as accepting of her identity. “I still struggle with it. But I am more comfortable with who I am today. It’s a journey.”

As for Sharp’s game, she has seen it improve considerably over the last few years. She’s currently 56th on the official LPGA leaderboard — the top third of the field. She believes a balanced approach to her game and a happy life off the course are the cause. And she gives Bowman a lot of credit for this shift — not only because of her caddying skills (Sarah is a great caddie who works hard for her player) — but for her glass-half-full outlook and cheerful, engaging nature.

“Sarah is such a positive person,” she says of Bowman. “Finding the right relationship is so important. I’m happier — and it’s why my game got better.”

She has also worked hard to leave golf at the course and add boundaries between work and home. “Sarah challenges me to be more than a golfer,” Sharp says. “To be a person first.” 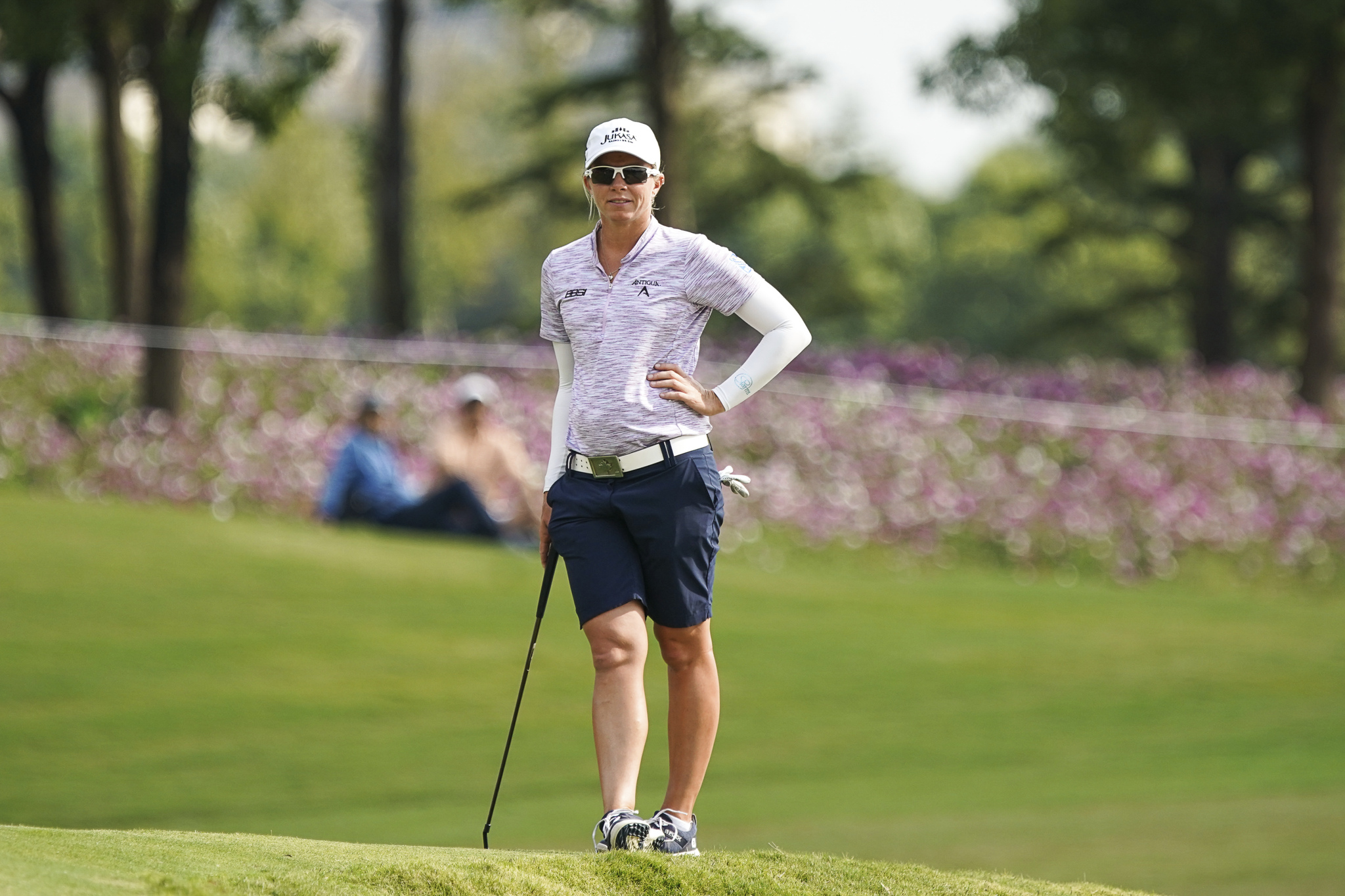 Insights for other LGBT+ athletes

Sharp recognizes that a lot of her strength and ability to feel comfortable with herself has come with age and experience. In her younger years, she was more afraid of being judged — but today, she recognizes the importance of being herself.

“Being true to yourself is huge. When you can’t be yourself, it’s tough on the inside.” While the anxiety of being out doesn’t necessarily go away, it does get better with time. “You feel so much better about yourself. [Coming out] brings about self-confidence because you can be who you want to be.”

While Sharp still feels there is a challenge to being a gay athlete, there is power in resolving the inner battle with yourself. “You’ve got to be OK with who you are,” she says.

She also acknowledges the tremendous support of RBC throughout her journey — as a golfer and a person.

“When you talk about the growth and success of golf in Canada, you can’t tell the whole story without highlighting RBC’s support of the game at every level. I honestly believe that RBC’s investment and commitment to golf has had an immeasurable impact on the growth of the sport in Canada over the last decade. To be associated with RBC’s golf program, and to represent such an iconic brand that believes so strongly in diversity and inclusion gives me a great deal of pride.”

As she finishes off the season, Sharp continues to draw strength from her relationship with Sarah. “We are a great team,” she says. “We work through the good times and the bad times.”

When asked what has contributed most to her success so far, the answer is sweet and simple. “Having Sarah walk by my side, on and off the course.” 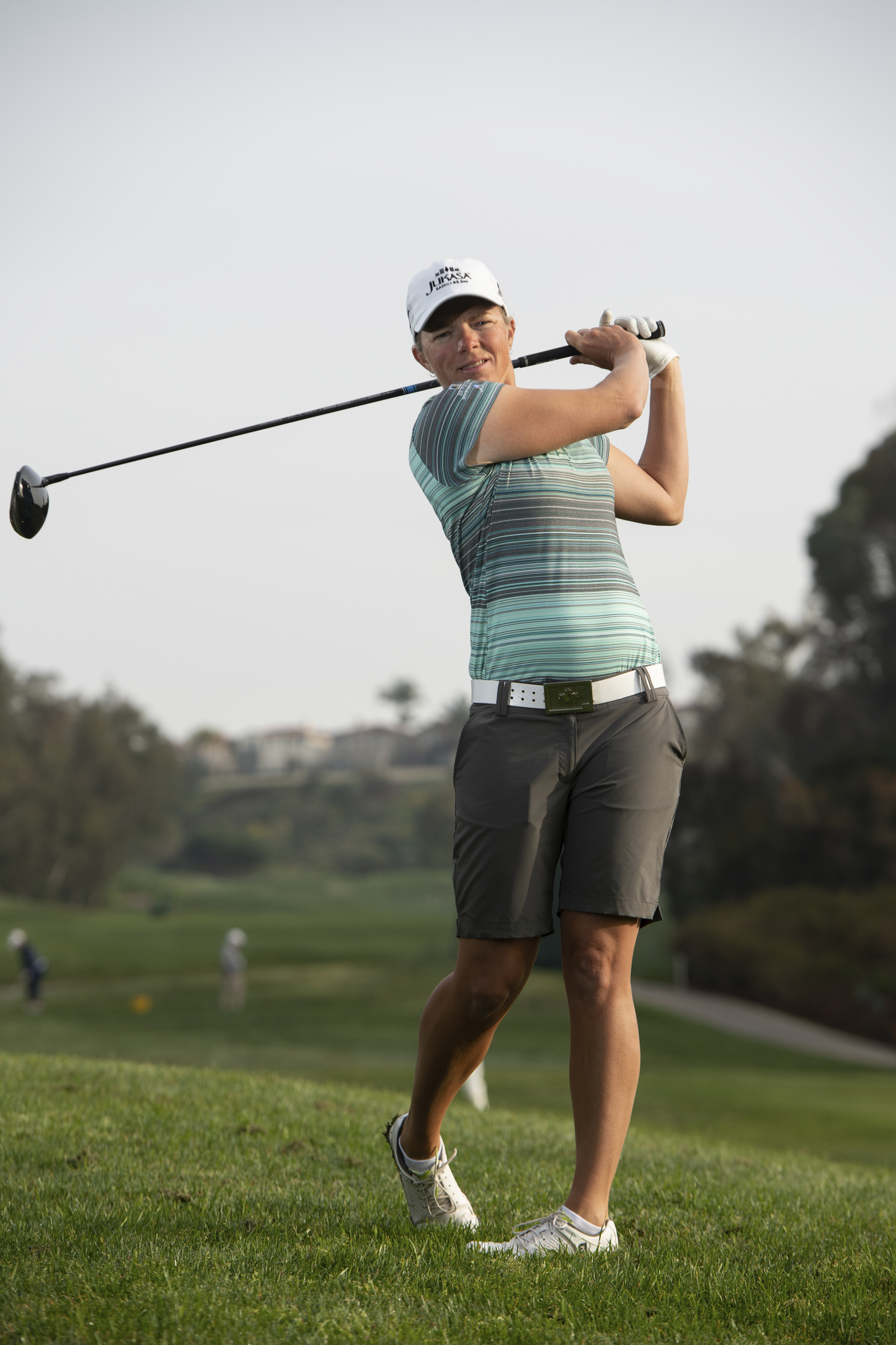