Open share menuClose share menu
The Stittsville Rams and the Ottawa Valley Silver Sevens, two U12 hockey teams, fundraised for youth mental health at the Children's Hospital of Eastern Ontario (CHEO) as part of the 2021 RBC Race for the Kids.

Every year, the Stittsville Rams and the Ottawa Valley Silver Sevens, two under-12 hockey teams in Ottawa, compete off the ice. While they play in different hockey leagues, because of Ottawa’s close-knit hockey community, the two teams challenge each other to see who can raise more money for local causes. This year, the two teams raised more than $14,000 for youth mental health at the Children’s Hospital of Eastern Ontario (CHEO) as part of the 2021 RBC Race for the Kids.

All of the funds raised will help strengthen mental health care and research programs at CHEO. The COVID-19 pandemic has had a profound impact on the lives of young people who have faced school closures and disruptions to their social lives through sports and other activities. Mental health services are particularly important during difficult times, and CHEO remains committed to providing the support and treatment that children, youth and families need and deserve.

“CHEO is such a cornerstone of our community. When the kids understand why they’re running, they do amazing things,” says Andrew Staniforth, whose 11-year-old son Carter is a defenseman on the Silver Sevens. “It’s a great bonding opportunity for the teams, and a great win for the community.”

A friendly barnburner — off the ice

“A lot of the kids have played together in the past or they go to school together, so it’s a little bit of a friendly competition in matching or beating the other team’s fundraising,” says Heather Hope, whose 11-year-old son Jonathan plays defense on the Stittsville Rams.

RBC Race for the Kids is a series of 35 charitable races around the world helping communities by supporting kids and youth-focused causes. In 2021, due to the pandemic, the race became a virtual fundraiser to support mental health programs, services and research at CHEO.

Each player fundraised for CHEO individually, with some raising thousands of dollars. They ran separate 5Ks outdoors with friends, families and supporters cheering them on. The Stittsville Rams ran along the Trans Canada Trail in the Ottawa Valley and the Silver Sevens ran at a local park after a game at a tournament in Peterborough.

“We do anything we can to support them” 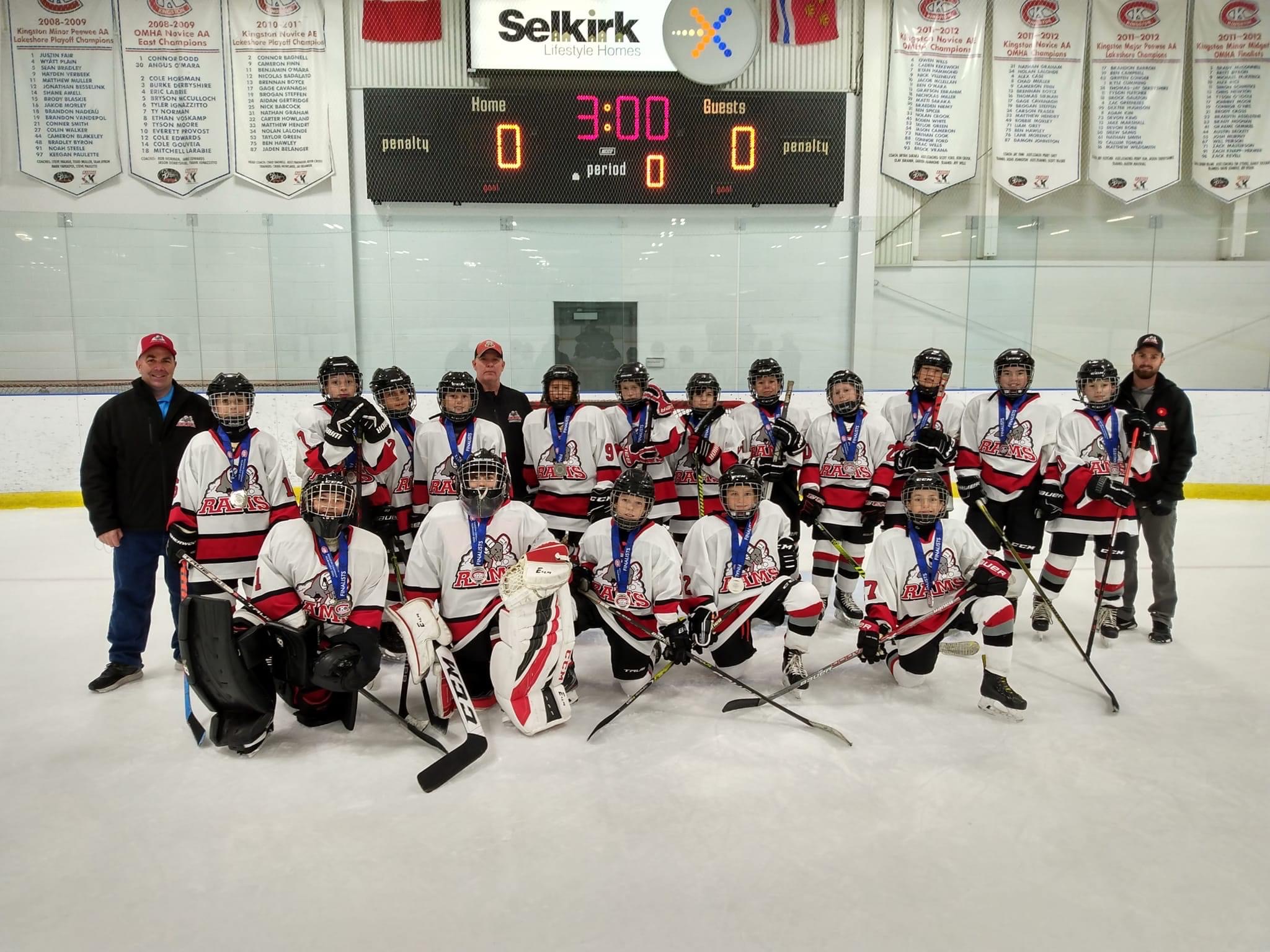 When Heather Hope’s son Jonathan was eight months old he underwent reconstructive surgery at CHEO to treat craniosynostosis — a condition causing early fusion of bones in the skull.

“It was quite an involved surgery and quite the experience,” Hope says. “There was a neurosurgeon and a plastic surgeon, and it took seven and a half hours. We were there for a week after the surgery while he recovered, so the hospital is very near and dear to us. We certainly do anything that we can to support them.”

Hope adds that Jonathan fundraised for RBC Race for the Kids on his own in 2020 by running throughout their local neighbourhood, but when he heard that the Silver Sevens were participating as a team, he wanted Stittsville Rams Hockey to get on board too.

“His coach thought this was a perfect thing to do for team building and to support our community,” she says. “So, this year we said we’re absolutely going to do this as a team and make it bigger.”

“That’s what hockey is in my eyes” 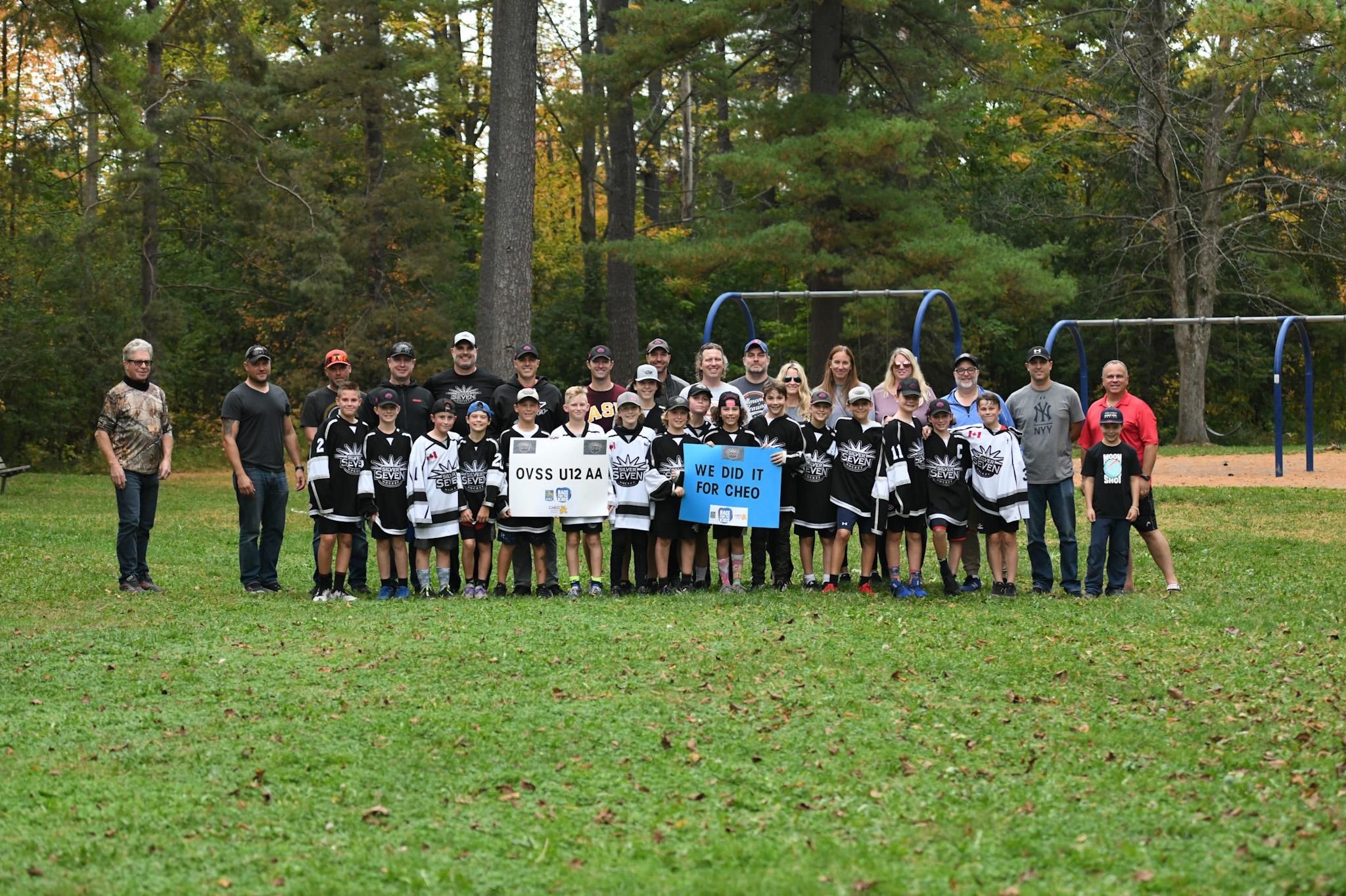 For both teams, raising awareness of and fundraising for mental health was an important cause throughout the pandemic.

Staniforth is the RBC Vice President of Commercial Financial Services for Ottawa Valley and Eastern Ontario Agriculture, and one of the executive co-chairs of RBC Race for the Kids. As the team manager for the Silver Sevens, he says it was an important opportunity to raise awareness of CHEO’s work in the community.

The CHEO touches the lives of 500K children, youth and families every year.

Staniforth says he was grateful for the counselling and support his son received from CHEO throughout the pandemic.

“My son was a happy-go-lucky kid before the pandemic, but when he lost his outlet to be around friends, that ended,” he says. “I was very privileged to work for RBC because they helped me get help for my son and we really leaned on the resources of CHEO and the other health professionals here in the Ottawa area. But Carter and other kids in the same position really felt the impact of the pandemic during this time.”

Staniforth hopes to expand these fundraising efforts even further next year by inviting all minor hockey league teams in the region to participate as a team building activity in the 2022 RBC Race for the Kids.

“It’s such a great bonding opportunity for the kids to get out there, raise some funds, and learn a little bit about what CHEO does in the community,” he says. “When you’re able to take a team of 11-year-olds and their family members out for an hour to do something fun and healthy, and when there are smiles going around … that’s what it’s about. That’s what hockey is in my eyes.”

To learn more, visit RBC Race for the Kids: Be a Hero for CHEO 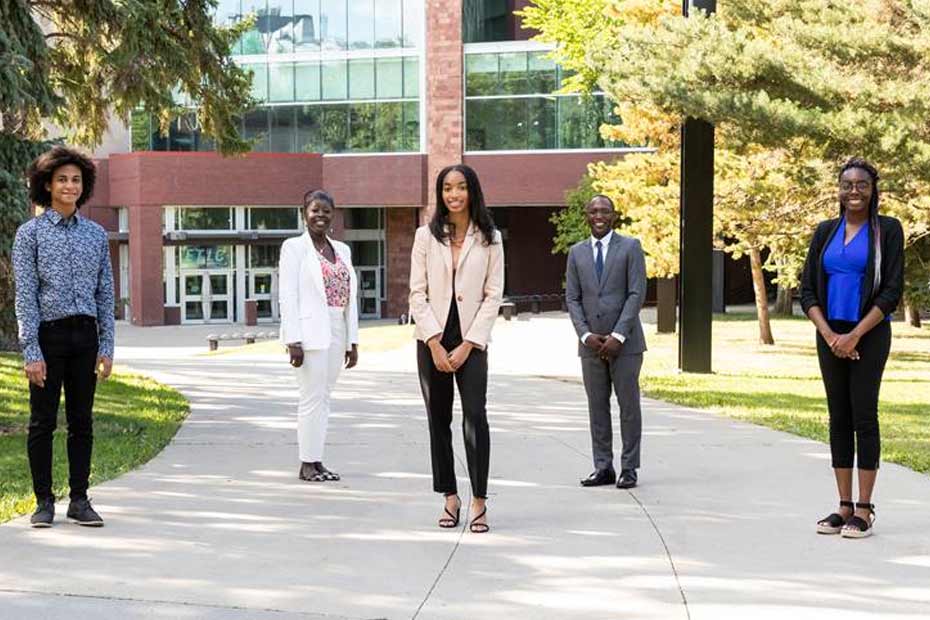