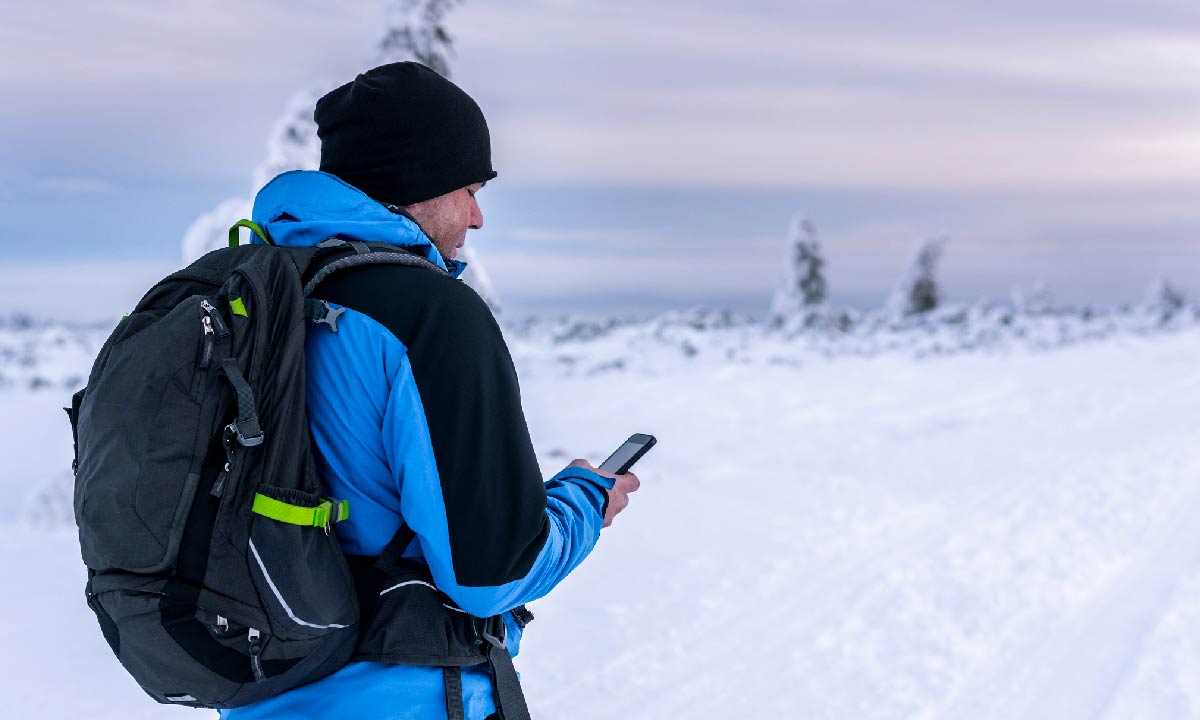 SIKU is the first social media app and web platform by and for Inuit. Launched in December 2019 and tailored towards the outdoor lives of people in the Arctic, this is a space where community members can post wildlife sightings. They can share stories from their trips. In their own Inuktitut language, they can tag terms for all the different kinds of sea ice, and for traditional location names. Knowledge and observations are being passed on — but it’s just that now that traditional knowledge is received digitally.

Vitally, this is also a space where people can document sea ice conditions and share them in real time.

For example, if a SIKU user chooses to publicly share dangerous sea ice conditions while they’re out, other community members can look at their post. They can see satellite imagery of the area, the marine forecast, approaching weather conditions – all on a single page. Having all this information together, a person can recognize that this is definitely not a safe area to take your snowmobile out on.

“In this way, a simple post can have a much bigger impact than you might ever have thought was possible,” says Joel Heath, Executive Director of the Arctic Eider Society, the Hudson Bay Inuit-driven charity that launched SIKU.

The Importance of Sharing Knowledge in a Changing Environment

The Arctic is the fastest warming place on Earth, according to a 2019 study published in the journal of Science Advances. Inuit living in Canada’s north are having to adapt to thinning ice and erratic seasons. Traveling on the ice is more dangerous now, says Heath. “Especially this winter. It’s been pretty crazy ice conditions.”

Putting power in the hands of Inuit to stay safe in the face of such environmental challenges has been a big motivation in developing the app. In workshops with elders, it became clear to the app’s developers that SIKU had to place indigenous self-determination at the forefront. Users can change their data settings to share their photos and tags with scientific projects if they wish. And many do. This is all about Inuit mobilizing their own knowledge for their own benefit.

Unlike on other social media platforms, no one ever gives away their intellectual property on SIKU. “We own nothing and can’t use anything without permission,” says Heath.

The Future of SIKU

Heath says the expansion plan for now is to have SIKU reach more indigenous communities in the Arctic — where’s there a total population of around four million.

“We’ve had interest from folks in Alaska and Greenland as well as for using it as a tool for protected areas and stewardship” he says. “We’re looking into opportunities to scale it up internationally to support other Indigenous groups in those regions. It’s really built to be scalable and flexible.”

RBC supports SIKU through the RBC Tech for Nature program. Launched in late 2019, it’s the bank’s commitment to new ideas, technologies, and partnerships focused on solving shared environmental challenges. On that front, SIKU checks every box.

“We’ve been working with RBC now for a year,” says Heath, “and it’s been really fantastic to have their support to ensure the sustainability of the platform.”