The Black Atlantic Experience: How Chanae Parsons is Driving Change in Her Community 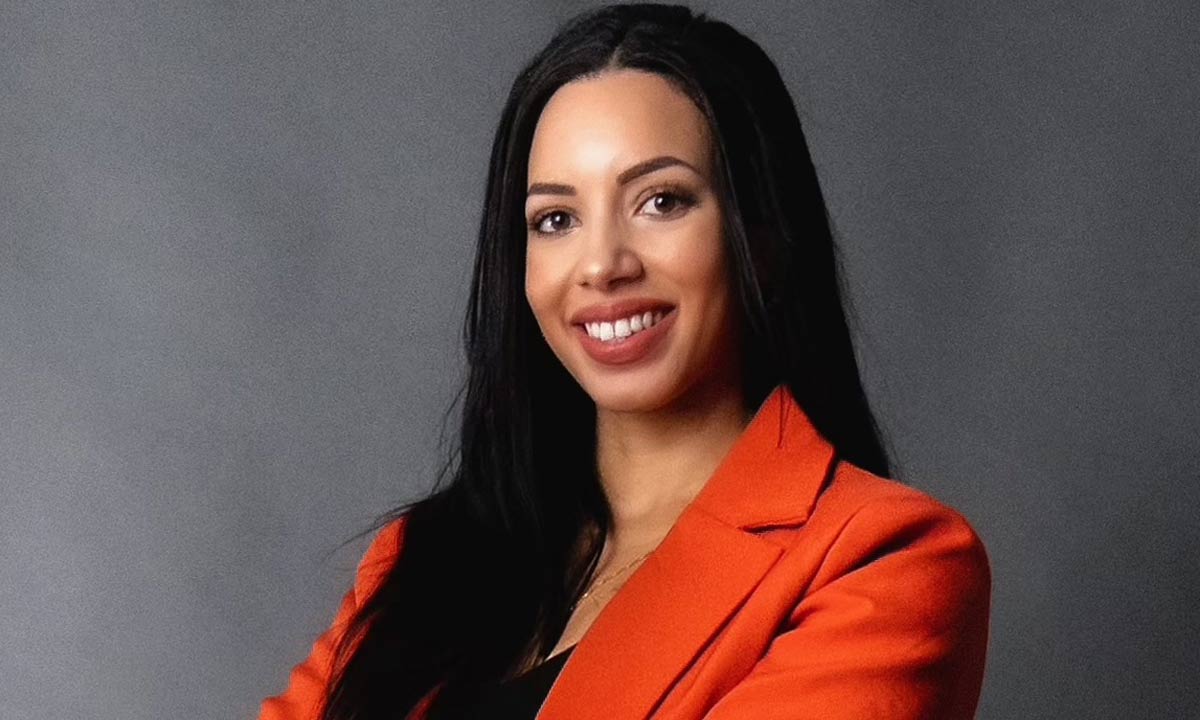 Open share menuClose share menu
Chanae Parsons is a woman of action. Driven by her own experiences growing up in Lucasville, N.S. — and lifted by a line of strong Black women — Chanae is creating programs, co-founding organizations and reaching out to youth to create a better reality for Black women and girls in Nova Scotia.

Want to hear from youth? Put a microphone in the hands of a young person. Want to give young Black people an equal opportunity for success at school? Create a student-informed program that addresses the unique challenges they face inside and outside the classroom. This is the approach Chanae Parsons is taking as she works to change representation and perception among Black women and girls in her home province of Nova Scotia.

Chanae Parsons is a force of nature. At 31 years old, she is a mother of a four-year-old son, holding a degree in social work from Dalhousie University and is currently pursuing her Master of Education in Adult Education, Women’s Leadership and Community Development at St. Francis Xavier University. She is involved in numerous advisory boards and associations supporting African Nova Scotians and has co-founded an organization to support Black youth and community in her province. Throughout her career, she has developed programming to reach and celebrate young people in her community. And she isn’t done yet.

Chanae’s passion for youth engagement work is born out of her own experiences, which propel her forward with energy and optimism.

Chanae Parsons did well at school and spoke intelligently — but never felt she quite fit in. Having attended predominantly white schools, her Black friends from her community said she was “whitewashed.” Culturally, she felt she didn’t belong among her white friends, and was often not invited to their homes because she was seen as “problematic.” She was once told she was “really pretty for a Black girl.”

“When you think about the education system, how could I succeed in an environment when I wasn't reflected in the curriculum, the environment or the teacher standing in front of me? How could I thrive in a space where I learned nothing about myself?”

Despite her intelligence, she never thought she would go to university. As a youth she was taught that Black girls weren’t supposed to be intelligent — nor were they set up to succeed. “When you think about the education system, how could I succeed in an environment when I wasn’t reflected in the curriculum, the environment or the teacher standing in front of me? How could I thrive in a space where I learned nothing about myself?”

It was only as she got older that she realized she had a lot of unlearning to do — about herself and Black women generally. “The reality for a lot of successful Black women is that we are taught to be the exception,” she explains. “We’re not meant to be in certain spaces, so it’s hard to imagine ourselves there.”

A Line of Strong Black Women Behind Her

Fortunately for Chanae, she had people fighting for her from an early age. “My mother was such a strong-willed, determined individual. She participated on so many boards and committees when I was growing up. I really saw her drive and hustle to make a better reality for me.”

Her mother got her involved in a tutoring program organized by the Black Educators Association, the Lucasville Community Centre youth program, and the Black Business Initiative (BBI), which taught her entrepreneurship skills. She also advocated for Chanae and her cousin to be in the classroom of the one Black teacher at the school. “I didn’t really know what it all meant when I was younger and didn’t understand why my mother was so involved in moving Black individuals forward. I thought it was a waste of time.” That was until Chanae’s best friend died by suicide when the girls were just 17 years old. It was then that Chanae realized she wasn’t going down a good path. “My friend’s death changed the direction of my life,” she explains.

Seeing her mother go through the struggle, hustle, endless work (and triumphs!) to give her a better future, Chanae came to realize it wasn’t just for her, but for all Black girls. This understanding drove her to pursue social work. “I wanted to be able to help young Black girls. I owed that to the Black women in my life,” she says. It was during her first year at Dalhousie University that she met Senator Wanda Thomas Bernard, who was then the Director of Dalhousie’s School of Social Work — and a friend of Chanae’s family. Dr. Bernard helped Chanae — who was struggling academically at the time — create a plan that would help her thrive. Chanae is now part of the Association of Black Social Workers, an organization Dr. Bernard co-founded.

“When I look back on all my experiences, there is at least one strong Black woman behind me, who supported me and guided me,” says Chanae.

Chanae’s life experiences are reflected in her work and multiple advisory positions, as she feels a responsibility to provide the kind of support she received as a youth. This is particularly prevalent in the community-based organization ACCE (Arts, Community, Culture and Economics), which she co-founded with other like-minded advocates for African Nova Scotians. “We would see each other at events and determined that a lot of the Black organizations were operating in silos. We realized we could be stronger if we worked together.” The organization is self-funded by its founders and they work collaboratively to solve issues that are far from one-dimensional. 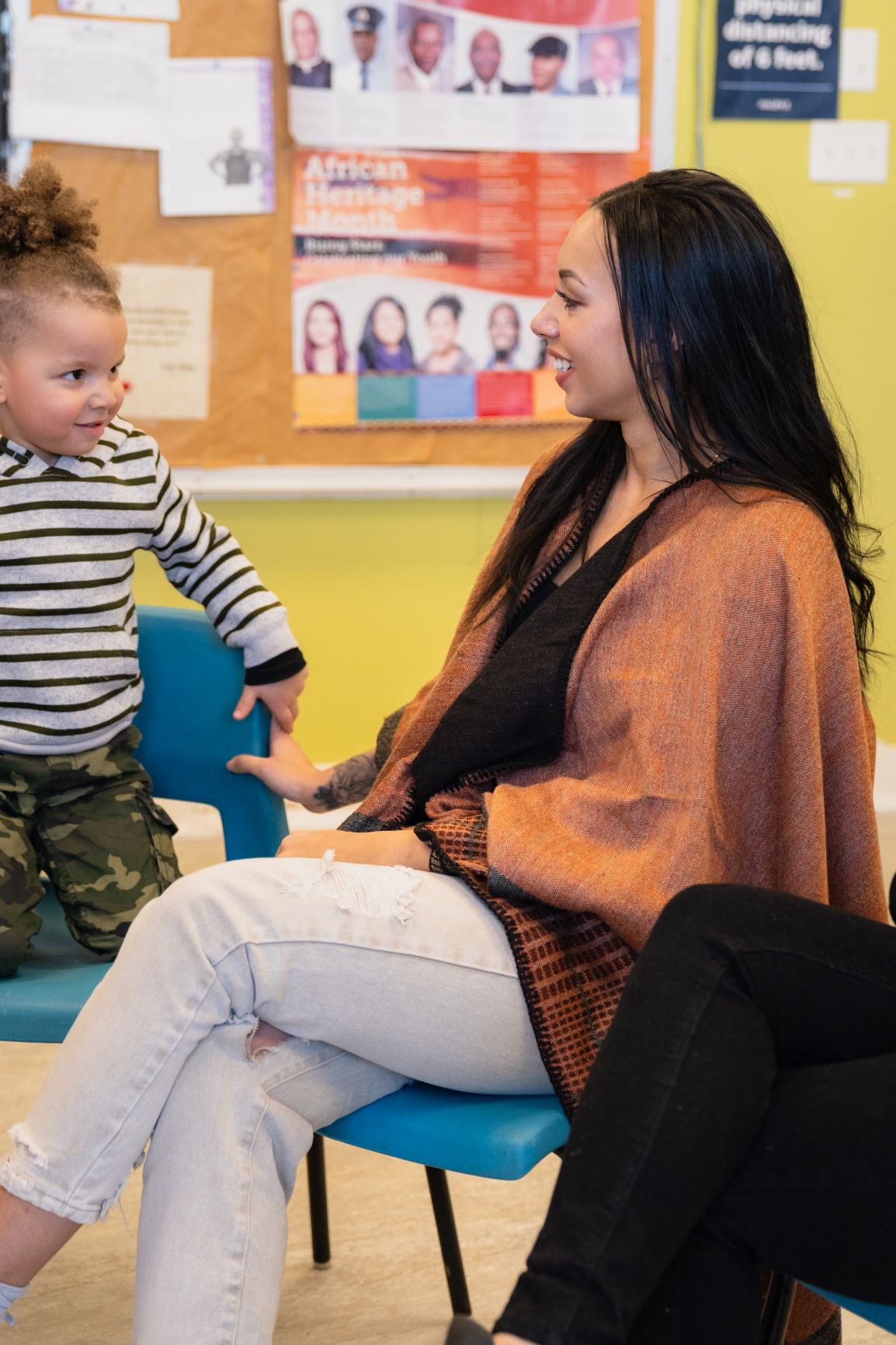 She recalls the story of a Black youth whose brother was shot and killed. His school didn’t have appropriate supports in place for him, and as a result, he struggled considerably in the classroom. “This instance shows you that you can’t just do programming to support academia. A student may be failing not because he can’t do math, but because his brother was shot and killed last week. The conversation needs to focus on other things — we need to work hand in hand.”

Chanae says that a big problem is that Black people aren’t visible in a lot of spaces. “To feel empowered we need to be reflected. In the education system, where are the Black teachers, principals and department heads? When you look at the justice system, where are the Black lawyers? They exist, but then look at the jails and how many are in there? We need to become these lawyers, doctors and educators or nothing is going to change. Where does all that start? It starts in school.”

This is what fuels Chanae’s drive for more representation as well as her own personal success. “It became very important to me to be a strong, visible leader. I try to be relatable so youth can see themselves in these roles, feel empowered, and take control of their lives to set the trajectory of where they want to go.”

Chanae has since carried her passion for helping Black girls and community to the Halifax Public Libraries in the role as Manager, Programming and Community Engagement. Because she feels indebted to the strong, influential Black women in her life, Chanae Parsons has become a role model in her own right — undoubtedly changing the direction of many of the lives she has touched so far.