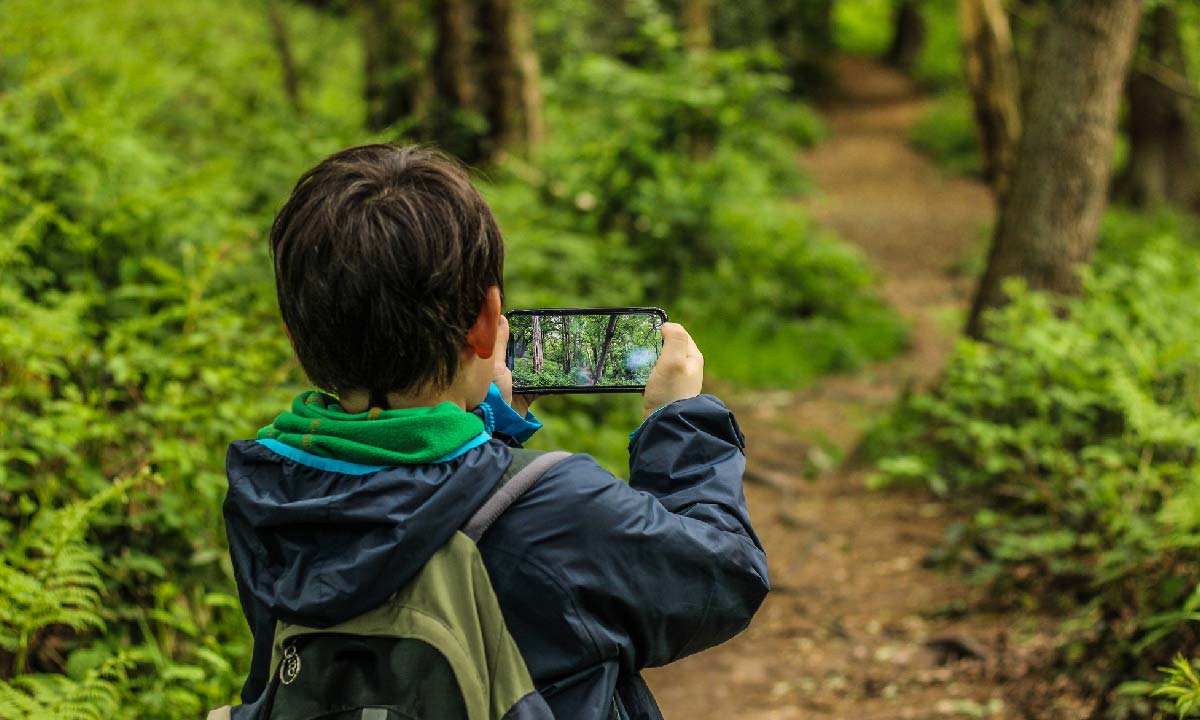 Brother and sister Cedric and Leanna live with their family in Winnipeg, and in June 2019, they began planting seeds for the first time. The kids planted sunflowers, sage, marigold, lavender, and celosia — the kinds of bright, showy plants humans love to look at, and bees love diving into for their nectar and pollen.

The plants grew well in the humid Manitoba summer. But it wasn’t a summer camp worker or a parent who gave the siblings the idea to grow plants. The idea came from Earth Rangers.

Run by the Canadian kids’ conservation organization of the same name, the Earth Rangers Membership Program is designed for kids ages 6 and above and has recently been relaunched as an app. There are activities and conservation projects to help kids who want to protect animals. Members earn points, climb the leaderboard, and become good environmental stewards by going outside and completing missions.

An environmental charity creating a digital platform may sound counter-intuitive, but Earth Rangers President Tovah Barocas is pragmatic. “Technology’s not going anywhere,” she says. “The app is about providing an opportunity for kids to interact with their environment in a way that leverages their devices but doesn’t just keep them indoors.”

Missions are tied into protecting wildlife in Canada. For example, a kid living in rural Nova Scotia might spend a morning making a toad house in their back yard by digging up a little patch of soil for a ceramic plant pot to sit in. Or it might mean a family in Ottawa spends a Sunday afternoon making a bird bath by placing pebbles in an old pot, or even a discarded trash can lid.

But not every child has a backyard where they can make toad houses. And Canada is a big country. While the first flowers are shooting up from the earth in Southern Ontario, the rivers running through the Yukon’s mountains may still be frozen.

The in-house team wanted to personalize Earth Rangers’ missions that speak to elementary kids in different parts of Canada.

Let’s say you accept the Food Waste Warrior Mission, which is all about reducing food waste in your home by doing things like cooking with leftovers from your fridge. As part of that mission, you’ll be downloading a produce guide explaining what’s local and in season at different times of the year. If you’re living on the prairies, your guide might look different to what you’d see if you were living in a more temperate area, like Vancouver Island.

Getting children to love the world they’re in matters. A 2020 study published by Frontiers in Psychology found that kids who see themselves as connected to nature are more likely to act with environmental awareness. The more environmental concern a study participant had, the more likely they were to say they were happy.

“RBC Foundation’s Tech for Nature program is funding all of the core elements that have gone into the development of the app,” says Barocas, including copywriting, animation design, backend development, and ensuring the app is available in French and English. “It’s pretty amazing.”

But does the Earth Rangers app really help get kids caring for the planet?

Cedric and Leanna say they enjoyed getting outside and caring for their flowers last summer. “We had fun watering them every afternoon. Bees visited our plants so, mission accomplished!” Those weren’t the only missions young Canadians completed last year with Earth Rangers. In 2019, children across Canada completed more than 50,000 missions to help improve Canada’s environment and protect its wildlife.