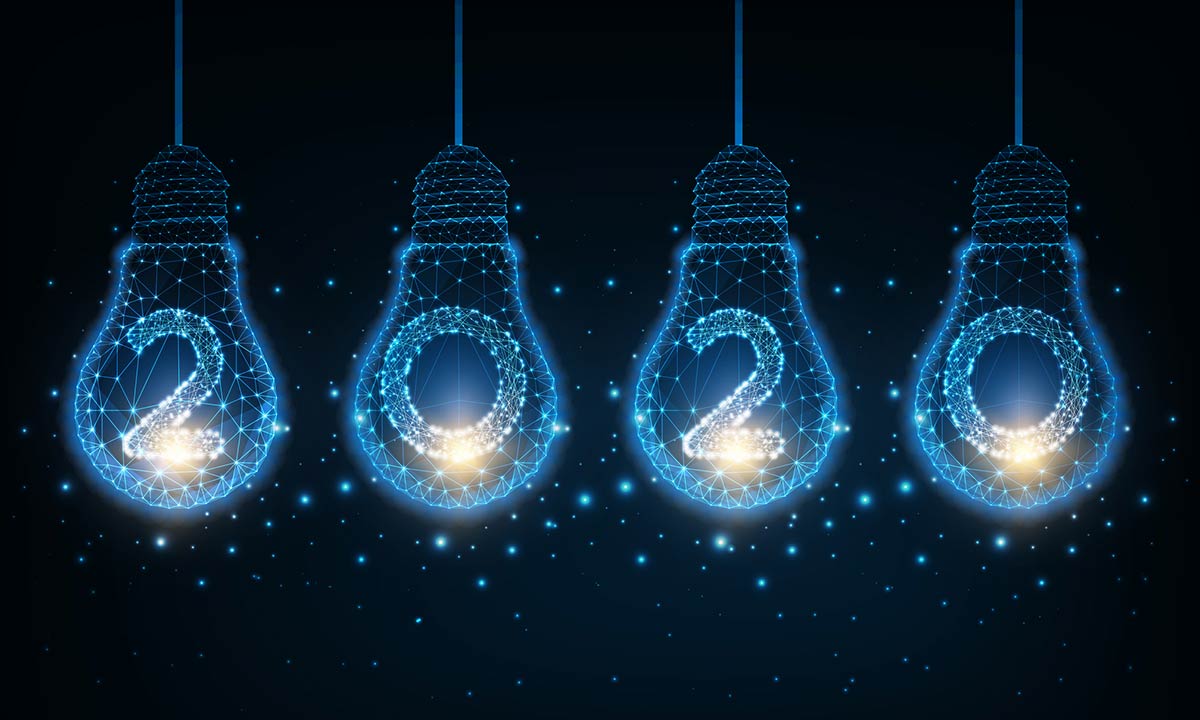 Open share menuClose share menu
The Toronto tech scene is winning, with more and more tech companies – start-ups and giants alike – calling Toronto home. And it's no wonder, with the culture of community, support, work and fun that has been cultivated here.

TechTO is a sparkling representation of the thriving Toronto tech scene, bringing together tech-minded people — some as young as 13 — industry leaders, and founders. With a standing-room-only crowd on hand this January to kick off the new decade, TechTO didn’t disappoint in its first event of 2020.

Caterina Rizzi, founder of Hotline and co-founder of Breather, opened the night by admitting that no one prepares you for entrepreneurship.

“Becoming an entrepreneur is like jumping off a cliff and building a parachute on the way down,” she said. When she had started Breather, she had never led more than a small team, and didn’t even know what a startup was. “I went on Wikipedia to find out what a VC does,” she admitted.

So how did she go from green founder to being the top funded female in Canada?

“Lots of people offered advice to help me become what I am today,” she explained. She credits the Toronto tech ecosystem for the support she received with her ventures.

“I didn’t really understand the impact of the ecosystem until about a year ago when I started working on a new thing. I sought out female founders for advice and thoughts – over the years at Breather I had my head down like most founder do, and didn’t really take advantage of the network. I missed out on so much, ignoring this whole network I could have had.”

She also recognizes that there is an imbalance in the ecosystem that she felt compelled to address.

“After I left Breather in 2017, I spent time with other founders, advised start ups, and got involved with many women founders. I went from an ecosystem that was 98 per cent women into one that was 98 per cent men. I wanted to do something to change percentage – not with less men, but more minority groups getting funded.”

“Despite the imbalance,” she continued, “I have never been part of an ecosystem that was so entwined and supportive of each other — I am proud to be part of this ecosystem.”

The co-founder of Kotn spoke next, about integrating impact into one’s business model. “Think of impact as a natural byproduct of what you’re doing,” he said.

Why make this a focus?

“Good business is good for business,” he said, adding that there is lot of research out there to prove the point. In fact:

He then provided three steps to creating impact within your business:

Sehl offered up some examples of companies that have truly integrated impact into their business model. Patagonia, for instance, is a company that does a great job in “finding their area,” which is a focus on the environment — since 1985, they have pledged 1% of sales to the preservation and restoration of the natural environment. Shopify, meanwhile, demonstrated that you can choose a path based on what leads to the most impact. They’re buying offsets for all the carbon the company has ever used — and will ever use — and choose renewable energy to heat and power their operations.

“Start small, and start now,” Sehl encouraged. You don’t need to be a Shopify or Patagonia. He cited Merchants of Green coffee (a coffee shop in Leslieville) as a great example of this practice. They started by being the first licensed importer of fair trade coffee in Canada. As they saw success, they launched a solar powered farm with regenerative farming, entirely led by women.

Daniel Eberhard, CEO and founder of Koho spoke during the Raise of the Month segment. Koho raised $42 million in a Series B round last May, and has raised an additional $25 million in an extension in November.

A two-time founder at 28, Eberhard traveled through Europe and saw the differences between the European and Canadian banking systems. He came back, dove into it more, and founded Koho.

His fundraising journey has included:

Having done everything from $3000 angel funds to his $42 million Series B, Eberhard shared both practical items and resources.

His practical tip: Be an outlier.

In other words, you need to convince investors that your company is going to be different. In their raising efforts, Koho showed how they were going to take a unique, thoughtful approach to the problem they were solving. This was their sustainable competitive advantage.

David Berg on Building a Company in a Stigmatic Industry

President and CTA of Stainprint Technologies, David Berg has had many lives as a serial entrepreneur. “Being an entrepreneur has driven some people to drink – in my case it drove me to cannabis,” he opened.

Strainprint, whose mission is to advance the scientific understanding of cannabis and its legitimization by guiding responsible uses through data, faces an ongoing challenge of building and marketing a company in a highly regulated and stigmatic industry.

“The cannabis industry is going through a tumultuous, interesting time,” Berg explained.

“There is a lot of fear and stigma around cannabis, and there has been for the last 80 years.” He went on to explain that pharmacists and researchers don’t understand cannabis because it’s not standardized — the drug changes based on how it’s cultivated, how it’s handled and more. “It’s a good medicine,” he said. “But not understood.”

Stainprint has studied the effect of cannabis on the body and is setting out to develop tools to help individuals looking to get better care, inform commercial producers about who their customers are, and change up product mix to meet the needs of an evolving base.

To bring legitimacy to the industry, they go through a traditional market research process, crowd source data, build a community and generate value as they develop a general knowledge base about cannabis. And, by looking at other emerging disruptive technologies, they can learn from their lessons.

The founder of Uphabit was the last to speak (Uphabit is Wainright’s 8th startup — he began his entrepreneurial journey when he was 26 years old).

“I’m here because I want to share my experiences and offer anyone who wants to reach out. I love riffing on concepts and new ideas,” he told the crowd.

Over his career, the number one thing he learned is to be happy and successful. And what makes a good life? “It’s all about relationships,” he said.

“When you’re a founder, you have your head down, you’re not talking to other people. It’s very stressful, and a lot of people get into medical health issues. Stress can be crushing. Relationships are the number one reason for longevity, success and everything else in life,” said Wainwright.

As such, he encourages networking with people and building great relationships. To get started, he suggested a book called “Give and Take” by Adam Grant, who advises that you shouldn’t expect things from people initially. “Don’t think about what you’ll get from them, he said. Think about what you can give to them. Give of yourself before expecting anything in return. On average, it all adds up.”

In a demonstration of how to fuel a supportive tech ecosystem, at the end of his talk Wainwright invited the room to connect with him, posting a QR code with his contact information on the screen.

Join TechTO next time for another insightful, inspiring evening where tech leaders and founders share their successes, failures, and lessons learned along the way: February 10, 6:00-9:00 at RBC Waterpark Place.