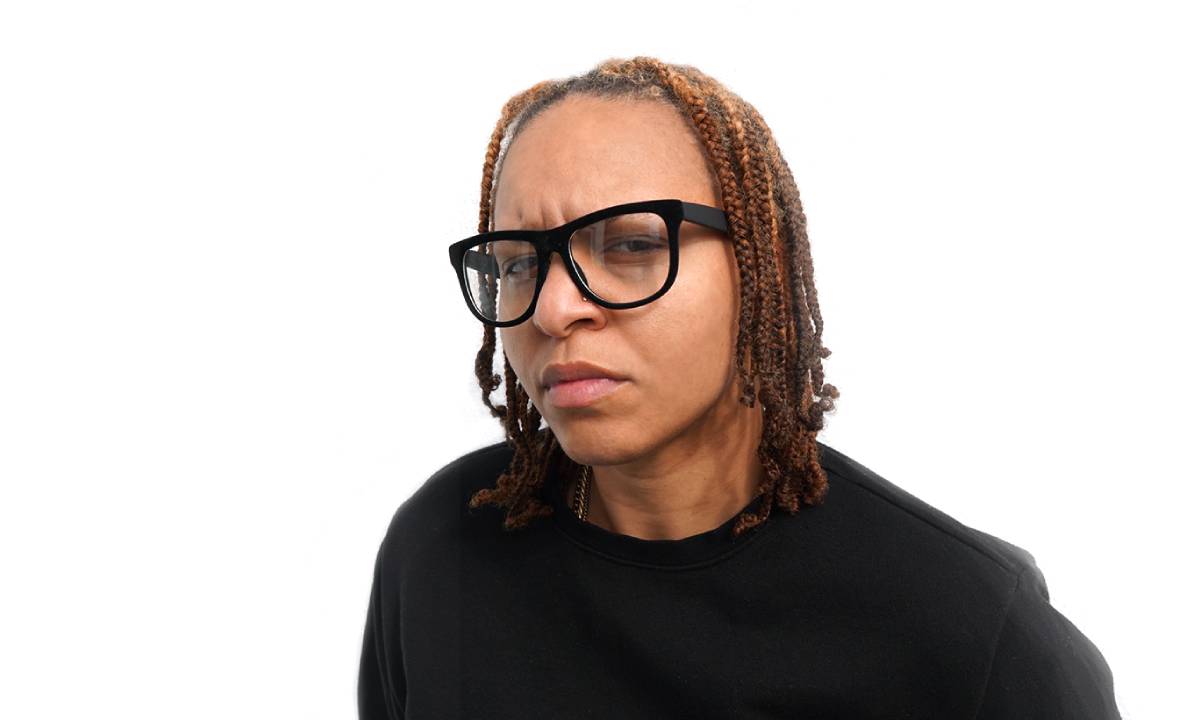 Open share menuClose share menu
Futurpreneur and RBC Future Launch are supporting the next generation of entrepreneurs through funding and mentorship.

This article was originally published by Content Works, Postmedia’s commercial content division, on behalf of RBC Future Launch on November 03, 2022.

When Murielle Bien-Aimé goes shopping for undergarments, she goes straight to the men’s department. The Montreal artist has never felt comfortable in women’s styles, finding them often flimsy, impractical or ill-fitting.

“I have always worn masculine, androgynous underwear, so essentially men’s underwear,” says Bien- Aimé. “What’s interesting about men’s underwear is that, fundamentally, they’re based on comfort rather than aesthetics. I’ve heard from so many women who say they wear their boyfriend’s or their husband’s briefs just because they’re so comfortable.”

A creative thinker who knew she wasn’t the only one to find a day in women’s underwear unbearable, Bien-Aimé decided to do something about it. She founded La Maison KOMANDŌ, a clothing company that makes stylish, eco-friendly men’s-style underwear for anyone who identifies as a woman. She proudly calls KOMANDŌ’s female boxers “Foxers™.”

The apparel line is about far more than comfort. KOMANDŌ underwear is designed to empower people to express themselves fully and to be who they are freely. Seeing the widespread lack of representation in fashion for diverse groups, including members of the LGBTQ+ community and their allies, Bien- Aimé makes the underwear (as well as a line of gender-neutral streetwear) in a spirit of inclusion.

While Bien-Aimé is confident in KOMANDŌ’s mission, as someone new to the business world, she felt intimidated by the tactical side of starting a new venture. For help, she turned to RBC Future Launch partner Futurpreneur, the only national, non-profit organization that provides ﬁnancing, mentoring and support to aspiring business owners aged 18 to 39. Futurpreneur’s financing and highly regarded mentoring program has fostered young Canadians’ entrepreneurial passions for more than two decades.

Through Futurpreneur, Bien-Aimé participated in the free digital workshop series Rock My Business. The series teaches people about testing the viability of their business, developing a solid business plan, understanding cash flow and more.

Futurpreneur’s three-part Rock My Business series started in 2017 and has been funded by the RBC Foundation in support of RBC Future Launch, the bank’s 10-year $500-million commitment to empowering Canadian youth for the jobs of tomorrow. Since July 2020, the series, which includes business coaching from Futurpreneur’s Entrepreneurs-In-Residence, has equipped over 8,000 aspiring young business leaders with the skills, confidence and knowledge needed to develop a launch-ready business plan.

Futurpreneur provides financing as well as one-on-one mentoring with established entrepreneurs. Rock My Business takes a deep dive into components such as business plans, cash-flow statements and marketing, working with entrepreneurs in all different sectors, from tech to construction to restaurants and beyond. RBC employees with expert knowledge in the area mentor young entrepreneurs in the Rock My Cash Flow workshops, part of the Rock My Business series.

Bien-Aimé recently won an RBC Rock My Business Start-up Award. Provided by RBC and Futurpreneur, the award is given annually to diverse, young, aspiring entrepreneurs from across Canada, helping kickstart their businesses.

Each of the eight recipients receives an award of $10,000. The funds can be used for whatever they need to take their venture to the next level.

As Futurpreneur’s chief experience officer, Charles Finley helps ensure that budding entrepreneurs get the expertise and tools they need at a crucial stage of their business.

“Our mission is to help young entrepreneurs across Canada set out and succeed with starting their own business, and our support comes in very early in their journey,” Finley says. “Our entrepreneurs are typically just getting their idea together or their business off the ground.”

Some have hatched a concept that needs polishing or fine-tuning; Rock My Business helps them at these earliest stages, too.

“The workshops focus on core business skills: how to write a marketing plan, how to get your finances together and how to run your operation,” Finley says. “That’s what we know, and we equip our entrepreneurs with that knowledge. It’s like a boot camp for learning all sides of being an entrepreneur.”

Finley notes that the awards lead to the stories that other young aspiring entrepreneurs may be inspired by. “It’s a chance to say: Here’s someone like you who started their entrepreneurial journey with just an idea,” Finley says.

For KOMANDŌ’s Bien-Aimé, the support of Rock My Business and the award itself have proven invaluable. She’s putting the funds toward marketing and production, the latter of particular importance to her as she’s not interested in mass producing.

“Rock My Business allows you to immerse yourself in your business and helps build the structure for everything you’ll be doing in the next few years,” Bien-Aimé says. “You get information in a tangible way.”

“The award accelerates things,” she adds. “I’m focused and I’m determined, but this has put a pep in my step.”

The workshop series takes place every other month. Aspiring entrepreneurs can mix and match workshop dates by attending three consecutive workshops as a boot camp or spacing them out to better suit their schedules.