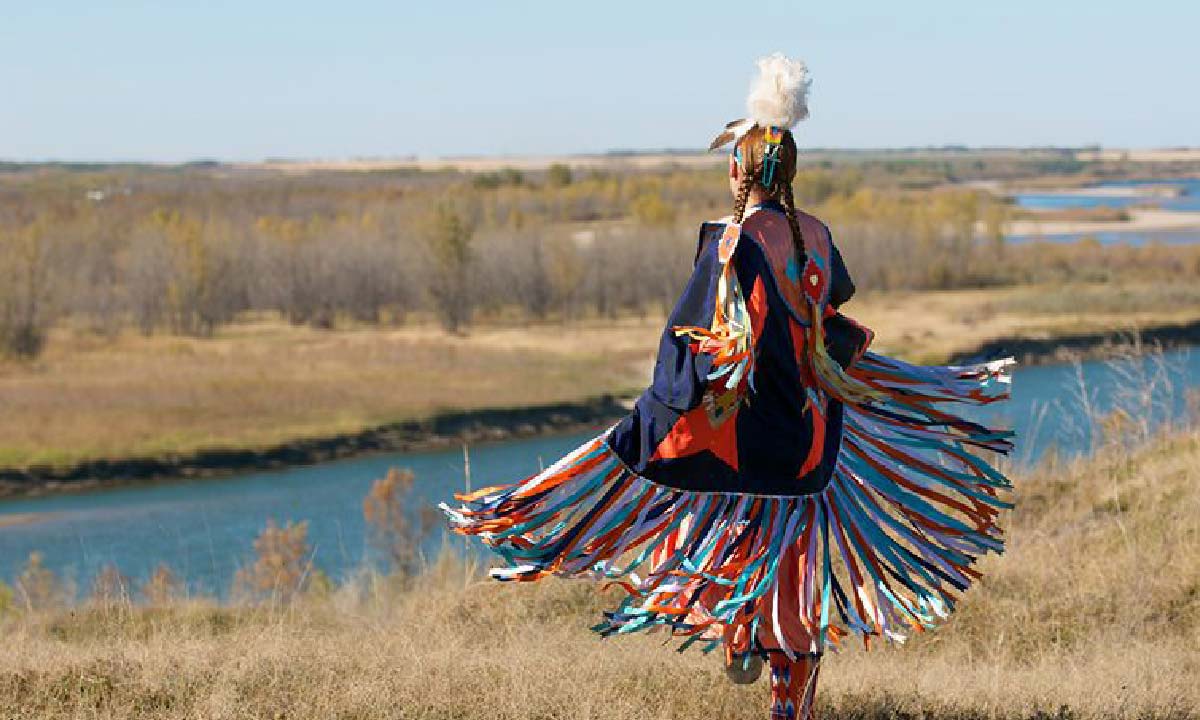 In Sunshine Tenasco’s children’s book, Nibi’s Water Song, an Indigenous girl overcomes repeated obstacles to get clean water for her community and becomes a catalyst for change in the wider world.

It’s an inspiring tale for kids, but a lesson for people of all ages about how determination, teamwork and perseverance can spur action, particularly when inaction is no longer an option.

The story stems from Tenasco’s real-life experience of growing up without clean drinking water in the Kitigan Zibi Anishinabeg First Nation in Quebec.

The Anishinabe serial entrepreneur is also behind Quemeez, a baby moccasin company, which attracted investors on Season 4 of the CBC TV program Dragon’s Den. The appearance solidified her passion for Indigenous-led entrepreneurialism and led her to launch Pow Wow Pitch, a Dragon’s Den-style competition for Indigenous entrepreneurs held each year during the Summer Solstice Festival in Ottawa.

“What Dragons’ Den did for me I wanted to do for other people, because it’s so freaking empowering,” says Tenasco, featured in this year’s edition of RBC’s A Chosen Journey report, which shares stories of resilience, artistry and achievement demonstrated by Indigenous women across Canada.

Tenasco is among a growing number of Indigenous women who, despite historical and current challenges, continue to strive and work for the social, economic, and cultural benefit of not only their communities, but for all of Canada.

“Indigenous women and girls are — and always have been — the foundation of their communities,” Phil Fontaine, the former three-term National Chief of the Assembly of First Nations and a special advisor to RBC Indigenous Financial Services, says in the RBC report released ahead of National Indigenous Peoples Day on June 21.

“Their stories offer healing and shine a light on what the cultural, social and economic fabric of this land could look like if we all work together to achieve the 94 Calls to Action,” Fontaine says, referring to the calls to action from The Truth and Reconciliation Commission, which urges governments to work together to repair the cultural genocide of residential schools on Indigenous communities.

“The hardships and challenges Indigenous people face is an undeniable truth of our collective history in Canada,” RBC president and CEO Dave McKay says. “Now, more than ever, Indigenous people are boldly confronting these challenges with resilience and fortitude, leading to new, inspiring stories of hope and success.”

McKay cites recent data from The National Indigenous Economic Development Board that forecasts Canada’s Indigenous economy has the potential to reach $100 billion in the next five years — more than triple its current size.

“It’s clear Indigenous economic development is not only an integral component of reconciliation, but also an important driver of Canada’s future economic prosperity,” McKay says.

Prosperity can be economic, social and cultural. In Indigenous communities, it includes creating safe spaces to heal and grow, which is what Kiyari McNabb and Vicky LaForge are doing with REDSILIENT, an exhibit honouring Missing and Murdered Indigenous Women and Girls in Saskatoon.

The exhibit inspired community members to write letters to their missing or murdered loved ones, and install pinned tobacco ties as leaves on a tree to represent a prayer to a woman, girl or family affected by gender-based violence.

“Most organizations and agencies I’ve been to haven’t really accepted troubled youth. But we aren’t really ‘troubled.’ We’re just trying to look for a way to connect with ourselves and our community. Art helps us do that and to heal,” McNab says.

Colleen Lucier, executive director of Lii Michif Otipemisiwak Family and Community Services, is showcased for creating Kikékyelc: A Place of Belonging housing unit in Kamloops, B.C., where Indigenous youth receive support to help them transition into independence and avoid entering the foster system.

“We’re not a housing agency, but we really saw a need to change the outcomes for our youth by creating a culturally safe housing unit where our youth can receive culturally appropriate supports and transition into independence,” Lucier says.

“Indigenous people harbour this immense knowledge about the environment passed down through generations,” says Dr. Popp, a wildlife scientist and member of Wiikwemkoong Unceded Territory, a First Nation on Manitoulin Island in Northern Ontario.

She uses what Unama’ki Cape Breton Elder Albert Marshall calls a “two-eyed seeing” approach: “One’s an Indigenous lens and the other is a Western lens because these viewpoints and ways of knowing are complementary to one another,” says Dr. Popp, who currently holds the seat as Canada research chair in Indigenous Environmental Science in the Department of Geography & Environment at Mount Allison University in Sackville, N.B.

Whether it’s environmental, business or social causes, Indigenous women should lean on each other to successfully pursue their passions, says Brittanee Laverdure, regional vice president, Indigenous Wealth, at RBC Royal Trust in Calgary.

“If you’re a young Indigenous woman, reach out to other Indigenous women you want to talk to. I guarantee you, if you need a mentor, they won’t say no,” says Laverdure, a member of the Wolf Clan of the Kaska Nation.

“It’s a lonely world as a woman, let alone being Indigenous. People will be giving, and building those networks can help ground you in various communities, creating a community for you outside of your home.”

“Stay strong based on your culture and language teachings, and always respect that matriarchal pride,” says Antoine, who was born and raised in Stu’xtews, a community in the central interior of B.C.

“Regardless of career choice, stand proud, let your voice be heard. Seek healthy relationships that support personal growth. Accept challenges, build your confidence, and have the courage to strive at reaching your potential.”