Hockey in the Capital is Everyone’s Game 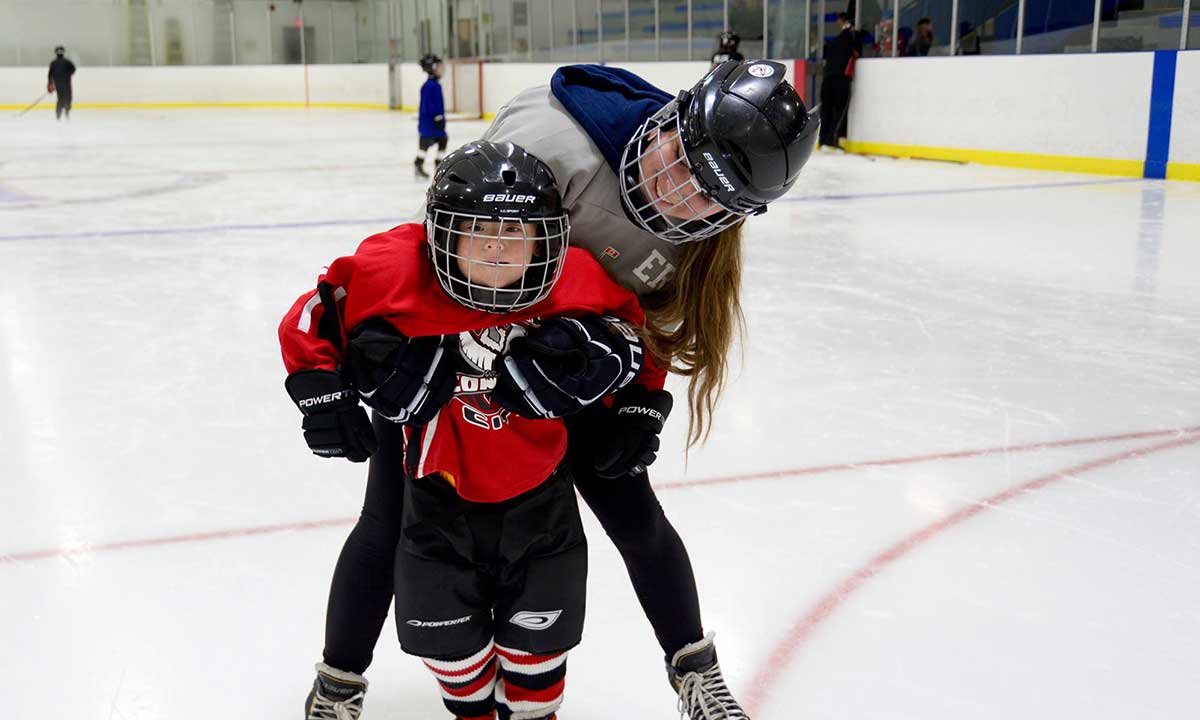 Open share menuClose share menu
Soon after they learn to walk, Canadian kids are eager to lace up their skates and head out to the rink to learn our nation's most beloved sport.

Dreams of one day playing for the Leafs or winning the Stanley Cup are what drive young skaters to work as hard as they can to be the best they can be. Hockey is a way of life for many Canadians. It is about teamwork, passion, dedication and sportsmanship. And for the founders of the Capital City Condors, it is also about acceptance and community. This is seen in Jim and Shana Perkins commitment to providing special needs kids with an equal opportunity to share their love of the game.

The Condors were established in 2008, when the couple noticed there was a need for an ice hockey team for special needs kids in the area. Until then, young players who couldn’t participate in other leagues due to their disability could only watch from the sidelines. In their first season, the Condors recruited only three players.

“We had a blast,” says Shana. However, she and Jim were concerned whether this was a feasible endeavor. Thankfully, one of the mothers convinced them to stick with it, and today, thanks to many dedicated volunteers and an outpouring of support from the community, the Condors now stand nearly 100 players strong.

“The Ottawa community has been so fantastic ” says Shana. “Every time we turn around we have people coming on board to help support what we do.“

One important source of support has come from the Ottawa Senators and players like Matt Carkner and Kyle Turris. Carkner, formerly of the Senators, was the team’s first honorary captain. When he was traded to the New York Islanders in 2012, he nominated his teammate to take his place.

“The kids adore him,” Coach Lloyd Lewis says of Kyle. “The first practice Kyle came out to, he already knew all the kids’ names. He’d gone to the yearbook from the previous season and memorized all of the kids. He came into the arena and greeted them as they were coming through. That was amazing” .

Fourteen-year-old Brennan White has been playing with the Condors since their first season. His father, Terry White, now sits on the team’s board of directors. Brennan is one of eight players on the team with Down’s syndrome, and Terry says they have all become incredibly close over the years. The team is a very close-knit community and every player and their families are made to feel welcome no matter their age, size, skill or level of ability. Terry recalls a special memory when Brennan played his first game.

“When Brennan first got on, he met the goalie at centre ice, Zack, who is about 6’4. My son was only three and a half feet at the time. Zack bent over in two to shake his hand and welcome him to the team. It was a really cool moment,” he says.

Players are aged six and up and every boy and girl has a high level of on-ice personal care and attention from trained coaches and volunteers. Some players are just learning how to skate while others are more advanced. Lloyd and his fellow coach Shawn Lebouthillier work tirelessly to meet the needs of each and every player.

The team is all about fun, love of the game and teamwork. Shana says the sheer joy in the players’ faces when they are out on the ice has also helped her understand the true meaning of sportsmanship.

“When a player scores, often they get taken over to the other team’s bench for high fives before they even get back to their own bench,” she says. “Everybody celebrates every goal and every accomplishment. It reminds you what the love of the game is really about.”

Hockey is without a doubt one of our country’s most loved traditions. And thanks to people like Jim, Shana and the Condors family, hockey truly is, and will remain, a sport for everyone.