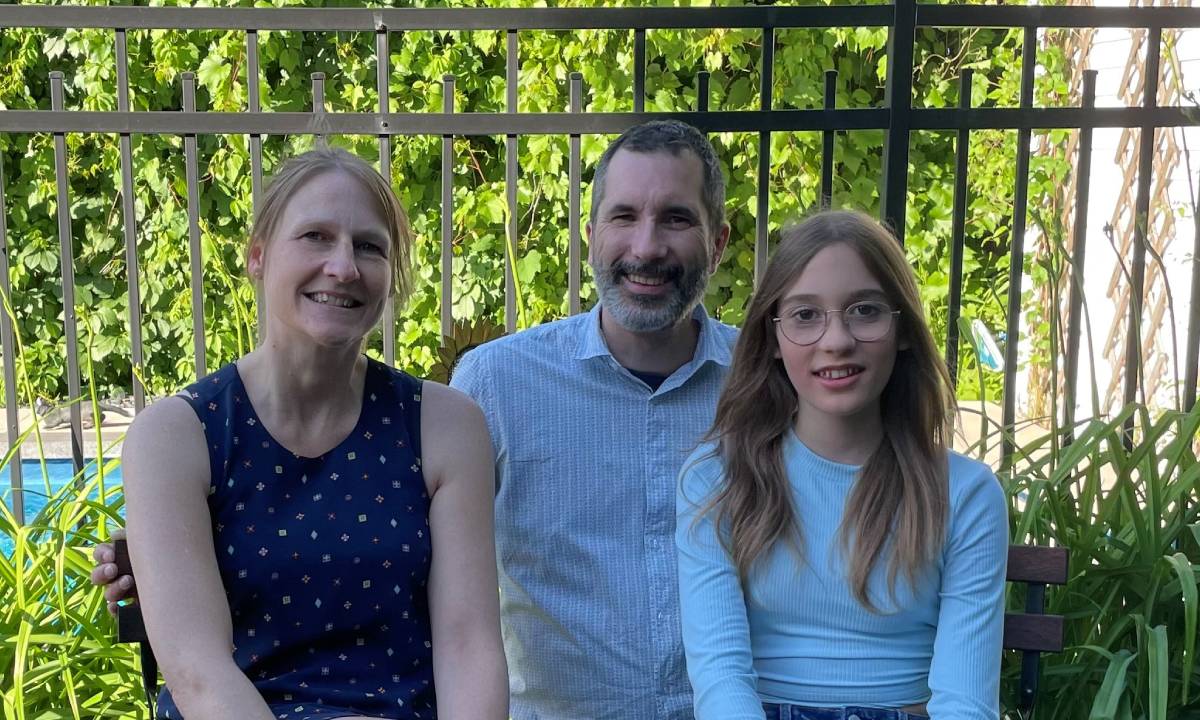 Trained as an elementary school art teacher, Jean-Sébastien Bourré is an author of books on trans identity.
July 18, 2022

Co-written by sociologist and retired professor Michel Dorais, and Jasmin Roy, author and president of the Foundation, this guide is meant to offer those who work with LGBTQI+ youth basic knowledge and current advice for providing caring service to this clientele. This is the first publication of its kind in Canada — and the world, even — in English or French.

If this kind of resource had been available years ago, the family we spoke to for this article would have surely had less trouble getting support from the school for their child, Lolo, a trans girl who is now thriving.

Lolo, 12, and her family were thrilled to see a guide like this published. It would have been much appreciated if the school staff had consulted it when Lolo started kindergarten back in 2015.

“This guide would have been useful in preparing them for this reality and for their role in supporting Lolo,” explains Lolo’s mother, Johanne. “Most people who work at Lolo’s school told us they’d never met a student who wanted to transition. It’s as if Lolo popped out of a jack-in-the-box. She paved the way for others. They said they weren’t prepared to deal with comments from other students, let alone parents, and were worried about how they’d react. They were even afraid it would make other students want to do the same.”

“This guide would have helped the people around Lolo to better understand that it wasn’t just a whim or a phase but a profound unease and that letting her continue to be someone she’s not was leaving her deeply unhappy and vulnerable,” Johanne says. “This guide would have helped them get the ball rolling faster and understand that this was critical for her. They asked her to postpone her social transition until they were ready to support her. The adults should have been ready for this right from the beginning,” she sadly recalls. “They should have been able to make her feel safe and reassure her that she didn’t have to be afraid to be herself and that she could count on them to stand by and support her.”

Lolo is a unique child who loves school, especially art classes, and excels at everything. She’s also an actress and a singer. She is especially lucky to have the support of a close and loving family.

Her story is nothing like the nightmare that some children go through with their families when their gender expression deviates from what is expected, that is, from that associated with the sex assigned to them at birth.

In 2017, just as she was about to start second grade, Lolo made a big decision: She stopped wearing clothes traditionally associated with boys and began growing out her hair. But in reality, her social transition had started in kindergarten. It took two years for Lolo’s parents to finally be heard by the school administration and staff.

“Nothing was done to help us until October 2017, once Lolo had started second grade. That was two years after we first started asking for help. I don’t think it was ill will so much as ignorance on their part. People thought it was a phase, especially given that she first came out as a non-binary transgender person the year we started talking about it more. So people thought that she just wanted to follow a trend.”

Starting second grade had become symbolic to Lolo: she was finally going to show her true colours and be herself no matter what. She was very sure of her choice, which, of course, was not really a choice.

“Like any other kid, she picked out her clothes for the big day.”

Her parents did everything they could to make sure Lolo was happy. Unfortunately, they didn’t get the chance to discuss it with the school staff beforehand.

“The looks she got in the schoolyard hurt a lot. Sadly, nobody was prepared. A meeting was scheduled in June to explain Lolo’s situation to the staff, but the meeting was postponed because the school was afraid that the staff would change during the summer. A sexologist [A clinician who supports clients regarding sexuality and offers education, resources and tools] came to the classroom to explain Lolo’s reality to the students and staff. However, that happened four or five weeks into the school year, based on the school’s and the sexologist’s availabilities. I think people would have preferred if Lolo had waited to transition after that visit. But how do you explain to a child that it would be better for her to dress up in clothes that don’t reflect who she really is until the ‘right’ time, a time chosen by the grownups?”

During this period, Lolo went through some hard times with her classmates. Her parents did their best to support her, but it took a toll. Lolo’s mother emotionally recounts her child’s despair:

“After two or three weeks of bullying from the other children, Lolo had an identity crisis that broke my heart. This once happy child was willing to cut her hair and wear clothes she hated to avoid the negative comments. She couldn’t stop crying while looking at herself in the mirror. I’ll never forget that moment. Fortunately, she got an emergency appointment with the sexologist, who gave her tools and accompanied her to class. She then became a confident child that no one dared to make fun of anymore. She doesn’t consider herself different.”

“When talking about that time, Lolo once told me: ‘We couldn’t let them win.'”

When the family was finally taken seriously, things started to move quickly. The school administration, the special education teacher, an educational advisor from the school service centre and the sexologist hired by the family worked together on a support plan for Lolo. The administration asked Lolo how they could help her. Among other things, she brought up the locker rooms, where the other kids would wait by the door and laugh at her. Though a new area was provided for her to change, the adults had not necessarily educated the children about it or reprimanded them for their bad behaviour. Another student even asked her to get undressed to check her gender.

“You may think I’m a girl because of my clothes and hair, but it’s 2018 and that’s how things are now. If you’re not happy with that, ask an adult because I’m going outside to play.”

This is just one way that Lolo responds to nosy classmates asking her questions or judging her for her nonconforming style. Thanks to her meetings with the sexologist, she has learned many other ways to respond.

Here is how Lolo’s father describes her journey:

“Second grade was a great year. She gained a lot of confidence. Since then, she no longer changes her clothes before leaving the house.”

“The school administration said she has helped change many people’s mindset,” adds her mother.

Lolo’s parents are very proud of their children. Each family member is unique and supported for who they are, their tastes and passions.

Trained as an elementary school art teacher, Jean-Sébastien Bourré is an author of books on trans identity.
July 18, 2022