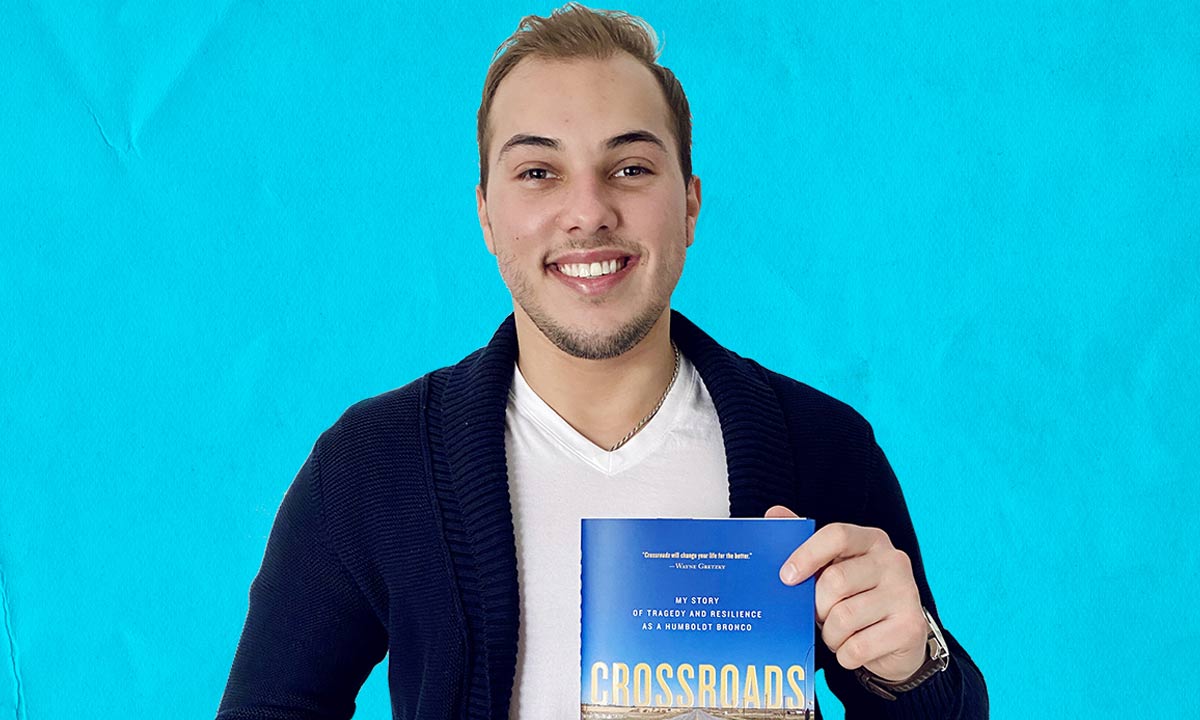 Open share menuClose share menu
In this edition of Chatter That Matters, Tony chats with former Humboldt Broncos defensemen Kaleb Dahlgren about his life in hockey, the crossroad that ended and changed the lives of so many and his drive to honour the victims, skate again and make a difference to others.

This interview will have you believe in miracles, modern medicine, and the mindset of a warrior. Play loud and play often. — Tony Chapman

Kaleb Dahlgren was born with a passion for the sport of hockey — even his birth announcement introduced him as a first-round draft pick. When at age four he was diagnosed with Type 1 Diabetes, he didn’t let that slow him down — rather, it motivated him to prove his doubters wrong and his supporters right.

A remarkably talented player at a young age, Kaleb was invited to participate in elite tournaments and rose through the hockey ranks, playing as an 18-year old with the prestigious Notre Dame Hounds. But it was his passion for helping others that ultimately led him to the Humboldt Broncos — he requested a trade to a larger centre so he could launch Dahlgren’s Diabeauties, a mentorship program for kids with diabetes.

In this episode of Chatter That Matters, Kaleb talks about the bus ride leading up to the tragic crash on April 6, 2018, what motivated him to pursue life to the fullest and what the worldwide outpouring of support meant to him after the accident. He also shares his experience of joining the York University Lions Varsity Men’s Hockey team, where his impact was momentous — even though his brain injuries prevented him from ever playing a game.

Kaleb shares his incredible story — at once inspiring, tragic, uplifting and heartwarming — which reveals the best parts of human nature, the power and community of sport, and the impact just one person can make on the lives of many.