Why More Consumers Are Looking To Buy Products That Do Them Good – And Others Too. 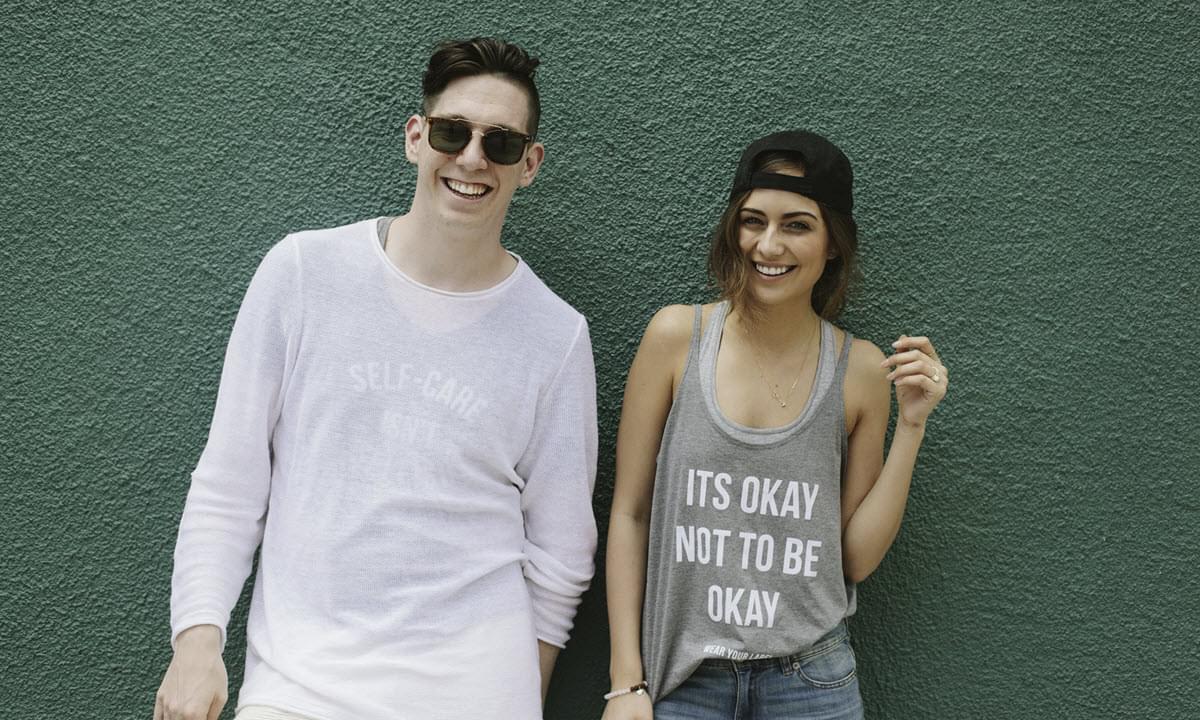 Open share menuClose share menu
Consumers want to buy into brands they can relate to, and stand behind.

When Kayley Reed and Kyle MacNevin started making T-shirts with sayings like “It’s OK not to be OK,” “Self care isn’t selfish,” and “Sad is rad,” to raise awareness for mental health, they saw it as a one-off business venture.

“We thought we’d raise some money and then be done,” Reed says of the socially conscious clothing company, Wear Your Label, launched in 2014.

“But when we put it out there, we realized we couldn’t just stop … We got so much support from people and heard so many stories,” Reed says. “We started to realize it was about so much more than the clothing. Once we created this tangible thing, people started to take ownership of it and share their own stories.”

Today, Fredericton, N.B.-based Wear Your Label sells clothing, mugs, pillows and jewellery to consumers in 30 countries, each with an inspirational saying to help people dealing with issues such as anxiety and depression. The company donates 10 per cent of all proceeds to mental health charities.

Once we created this tangible thing, people started to take ownership of it and share their own stories.

Wear Your Label is part of a growing number of global brands catering to so-called “conscious consumerism,” which is a desire to buy products that take a stand and give back to society in some way. That can include everything from health issues to fighting poverty or helping to protect the environment.

According to a 2015 Nielsen survey, 66 per cent of consumers are also willing to pay more for these type of sustainable brands, up from 55 per cent in 2014 and 50 per cent in 2013. That number was close to 75 per cent in 2015 among the Millennial generation, characterized as being more driven to support social causes.

Conscious consumerism is also fuelled by the Internet and social media, which are supercharging consumers’ ability to learn and share information about brands, says Kate White, a professor of marketing at the University of British Columbia’s Sauder School of Business.

“Before, it might not have crossed our minds as much,” says White. “But now, with the Internet and the ability to get information more readily, it’s more top-of-mind for people.”

People.. want something that means something, and to be part of something.

Reed says Wear Your Label was inspired by brands such as California-based Tom’s Shoes, which donates shoes to children in need, and Regina, Sask.-based clothing company Ten Tree International, which plants 10 trees for every item sold.

Since the brand launched more than two years ago, Wear Your Label, has made international headlines, has been featured at New York Fashion Week, and recently developed a partnership with the Joe Fresh retail brand.

“It’s a testament to how much people do need something like this to remind them that it’s okay not to be ok,” Reed says. “People are craving that philosophy when it comes to brands now. They want something that means something, and to be part of something.”