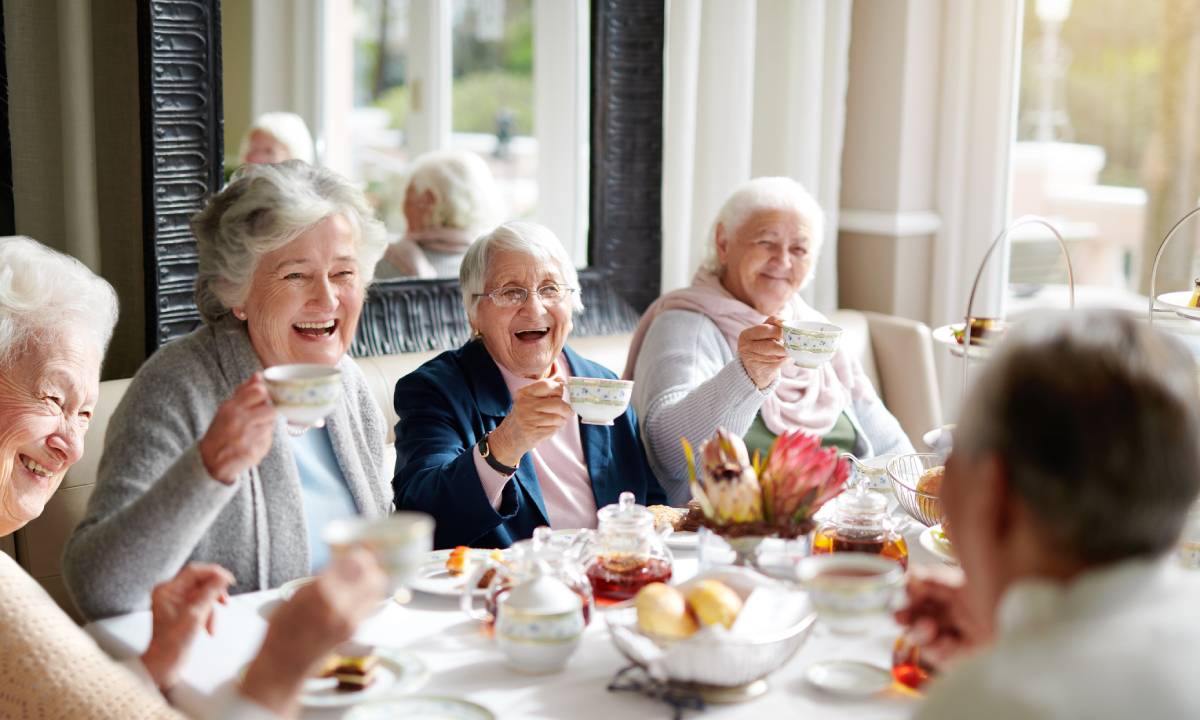 Open share menuClose share menu
The risk of social isolation among aging Canadians is significant. While seniors are more likely to develop mental and physical health problems without social connection, it becomes increasingly difficult to build and maintain meaningful relationships as people age. Amintro is helping to fill the gaps.

Humans are social beings. From the first day of Kindergarten onward, people start making friends — and continue to do so as school, work, and other journeys put potential friendships in their paths. But the opportunity to make friends dwindles over time. And as life changes, the ability to stay connected with old friends becomes more challenging. As a result, many older Canadians find themselves in smaller — or non-existent — social circles and face feelings of loneliness and social isolation.

Research shows that 30 per cent of Canadian seniors are at risk of becoming socially isolated. According to the International Federation on Ageing, “the number one emerging issue facing seniors in Canada is keeping older people socially connected and active.” The consequences of social isolation include an increased risk of depression, dementia, poor general health, reduced quality of life and premature death. One study by the National Institute on Aging found that prolonged social isolation and loneliness are equivalent to smoking 15 cigarettes a day.

On the flip side, seniors who engage in daily conversations have better mental and physical health, and those with satisfying relationships are far more likely to be socially engaged and contributing members of society. Friendship is also the main driver of happiness and well-being among seniors.

A social network for adults 50+

The power of friendship and connection is what Charlene Nadalin is harnessing with her social networking platform Amintro. An online social platform and community for older adults, Amintro provides friendship-making services and community – as well as information and resources – that inspire and support healthy, active aging.

Amintro was inspired by a personal need when Nadalin’s mother was widowed at age 56. Although she continued to lead an independent and active life, she was plagued with loneliness resulting from a life focused on family and work, leaving little time for socializing and nurturing friendships. “I realized my mom was becoming increasingly bored with fewer things to do and fewer friends to do things with,” says Nadalin in a recent conversation, who shares that community and senior centres were not resources her mom would benefit from or use. “And the anxiety and worry that my brother and I had watching my mom aging alone inspired me to develop a solution to social isolation and loneliness,” she adds.

Previously a media executive in Toronto, Nadalin put all her efforts into Amintro, fueled by a passion for resolving an issue that she came to recognize affected more mothers and fathers than her own. “It’s a major epidemic on a global scale,” she says. “I was determined to put everything I had into bringing this solution to the millions of older adults who needed it.”

Amintro is built on the belief that the opportunity and venues to make friends change as people age. Recognizing that she couldn’t replicate the schoolyard for older adults, Nadalin created an online platform that connects adults with individuals with whom they have a high match for friendship and within a 10km – 100km radius. “We actually want people meeting in person, where you can pat someone on the shoulder, share their meals and feed off their energy,” says Nadalin. “Amintro is the community- and friendship-making platform where you can meet people initially online, with the opportunity to meet them locally, offline.”

As Nadalin was building Amintro, she would often be told that ‘seniors aren’t online or digitally savvy.’ “My response is: They are digitally savvy, they are online, but the majority of what’s online isn’t built for them,” she explains. After conducting a great deal of research on accessibility, specifically regarding seniors, she learned the importance of colour scheme, font size and other details that make a platform user-friendly and logical. “It’s very simple to maneuver and move around within the platform,” says Nadalin.

Not just for the elderly…

While seniors are at the greatest risk of social isolation, life changes that begin at earlier stages can contribute to feelings of loneliness and disconnection. This is why Amintro is geared to adults as young as 50. “The reality is, I’ve had many people ask that the age range be dropped to 30+,” reveals Nadalin, who shares that when people move neighbourhoods as adults, it’s not easy to approach friend groups that are already formed. “It’s uncomfortable to approach someone and say, ‘hey, will you be my friend?'” says Nadalin. “The need is real,” she says, adding that Amintro was about both helping her mom and providing support for herself and her brother, who are adult children. “So many people in their 50s are part of the sandwich generation, and people are looking for information, resources and new social circles.”

Today, the majority of Amintro’s efforts are in Canada, with members in most provinces, both in major cities and smaller communities. Next year, Nadalin is focusing on raising awareness south of the border. “It’s been organic growth in the U.S. so far – we’re seeing it in California, Florida, Texas and New York,” says Nadalin.

They’re also building out several new features by the end of the year to help generate more conversation and interaction among members, provide more access and information on services available in their region and further empower them to enjoy life to the fullest. She is also focused on developing a solution for adult children, which will provide support and resources for those who play an integral role in the healthy aging of a loved one.

By 2036, Canadian seniors will make up 25 – 35 percent of the population and will continue to have a growing role in the labour market and volunteer sector. Seniors’ social and economic contributions will be increasingly connected to the country’s success — so helping seniors remain engaged, healthy, inspired and energized should matter to all Canadians. Charlene Nadalin took matters into her own hands when she developed Amintro, as thousands of older Canadians are now making new friends in a new way.