#TechTO June Edition: Embracing the Human Side of Tech 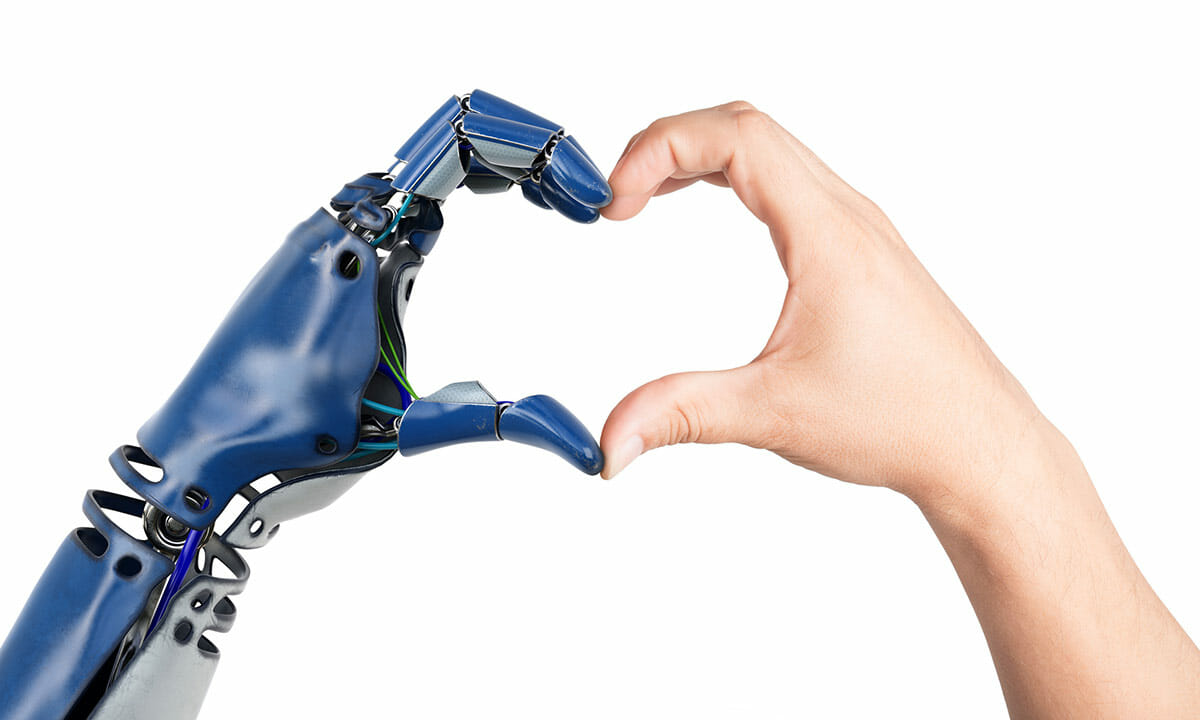 Open share menuClose share menu
Technology empowers people from all walks of life to become their best selves. But as we learned at this month's TechTO, you need the right mix of people to unlock technology's potential. In this Pride Month edition, we discovered just how critical diversity is to success.

All is right with the world again: TechTO started on time, and co-host Jason Goldlist grew his beard back (that was fast!). So we’ll chalk the May event up to a blip on the radar — a momentary lapse in timeliness and facial hair.

The realignment of fundamentals wasn’t the only thing to celebrate this June evening, as TechTO kicked off a special Pride month edition of the monthly Toronto meetup. It was a totally normal TechTO event (full of insightful presenters, special announcements, cool demos and networking opportunities galore), with the only twist being that the founders and speakers happen to identify with the LGBTQ community. That, and the awesome pride-themed TechTO t-shirts the volunteers were sporting.

Inside the RBC Auditorium, Goldlist asked aloud: “Why do I get on a hover board and talk to all of you? The number two fear among adults is death — the number one fear is standing up in front of group of people and speaking. So why am I doing this to myself?” He answered simply, “It’s to make Toronto an exciting tech eco system and learn from some leaders who have done this before”.

Once again, Goldlist and co-host Alex Norman delivered an action-packed agenda, and to kick off the evening, the Community Announcements showcased organizations dedicated to advancing diversity in Toronto. For instance Venture Out, Canada’s first and largest community of LGBTQA+ professionals, introduced their mission to connect people to opportunities, role models and each other. And IntersectTO was there to speak about their goal to co-create a tech community for people of colour (and their upcoming hackathon), while Women and Color, showcased their online community of talented women and people of colour, available for speaking opportunities. Needless to say, it set the stage for two hours of highly engaging knowledge sharing and networking, whatever your orientation, ethnicity, age or gender.

A willingness to embrace all kinds of diversity — as well as your own individuality — can help you thrive in all aspects of your life.

The Importance of Transparency, Diversity and an Open Mind

Launching the presentation portion of the evening was Sachin Aggarwal, CEO of Think Research. He started out by saying: “You’re all very happy at the moment. I’m going to bring you down.” Aggarwal went on to describe the loneliest job in the world: becoming an entrepreneur.

Think Research takes clinical best practices to drive high quality decision making in hospitals, helping doctors and nurses do their jobs in an evidence based way. With 1,100 clients and 200 employees, Aggarwal shared how building a company can be extraordinarily lonely. How building a business model for something never been done before sits on your shoulders. How the heavy weight of payroll, which only gets worse over time, sits on your shoulders. The belief in your product, which nobody else shares, rests with you alone. He shared compelling stories about staring at the ceiling at 4am, knowing that payroll was the next day — not knowing how he’d cover it, figuring that he’d messed everything up.

But then he talked about how entrepreneurship doesn’t necessarily have to be the loneliest job in the world, with three pieces of advice:

Aggarwal conceded that while being an entrepreneur can be lonely, doing it as an LGBTQ is even harder. It’s hard to be seen and hard to get a fair shake, even in this LGBTQ-friendly city. But by being transparent and sharing both the joys and the troubles, you can get the support you need to succeed — without too many middle-of-the-night “what the hell am I going to do” experiences.

Next to speak was Leah Skerry of Squiggle Park — an adaptive reading program she co-founded in 2017. An acrobat outside of work, Leah talked about how she is planning to run away with the circus. Starting in September, she will be working several months of the year in Chicago while also training as an acrobat/aerialist through a program that takes 12 people every two years to be the best they can be physically. Leah admitted that pursuing these two things together is an unorthodox choice for a tech founder, but attributed her decision to the conviction she and her co-founder have in their capacity to succeed. She also talked about the conscious culture they have created at work, which empowers them to be the leaders they want to be, while inspiring the team at the same time.

Leah spent some time advocating for adopting an MVP view on life, encouraging others to experiment in order to get the most out of their own lives. She also talked about the importance of nurturing individuality while building your company. “Traditional diversity categories,” she said, “include gender, race, age and ethnicity. Go after those more subtle: perspectives, habits of mind and core assumptions.” She admitted to having often hired people who worked the same way she did (long hours, little sleep), which caused her to miss out on incredible people — including individuals with families who needed to be home at 5:00 on a Friday. A willingness to embrace all kinds of diversity — as well as your own individuality — can help you thrive in all aspects of your life.

Adam McLeod, founder of Adam Helps (an app that connects you with your neighbours with the purpose of doing everyday jobs) had a similar message from a slightly different vantage point. A competitive body builder and previously a professional ice skater for Disney on Ice, Adam is a passionate proponent of diversity. Like Leah, Adam tended to hire people like him, “people I felt safe with, who would validate me, who I could go to lunch with,” he said. But he found that the result was a lack in richness and depth to their company’s ideas —they were just a bunch of people who sat around nodding because they all saw the world the same way. Now, he hires people with different backgrounds, orientations, genders and experience levels, which has made the working environment really fun. “Hire diverse not just because you have to, or because it’s the right thing to do. Hire diverse because it will make you better.”

Adam also emphasized the importance of practicing balance and self care. “Many of us,” he said, “have an idea that if the guy beside you is working 12 hours, you have to work 14. But that puts you at risk of burning out, losing your friends, and not becoming a well rounded person.” For his part, he works out every day, hasn’t had a carb in months (“the free pizza scares me more than public speaking does!”) and managed to grace the cover of a fitness magazine. He implored the importance of doing the things in your life that matter — seeing friends, connecting with family, nurturing a hobby. “You’ll bring richness and freshness to your team and everyone will see that you’re not a robot.”

Larissa Holmes, VP of Talent at Borrwell, echoed Adam’s perspective. She encouraged people to get rid of the notion of culture fit, and rather shift the conversation to culture contribution. She told a story about starting her first career — working at a large pharma company in New York — where she received advice about the importance of building relationships with senior leaders in order to be visible in the organization. Upon hearing that advice, Larissa just wanted to fade into the background. She didn’t want to share her personal life — she wanted to have a work Larissa and a real Larissa. For her, the two were very separate.

It took her a while to realize that this would take a toll on her. Passing as straight, with no intention of telling people otherwise, was draining. She didn’t realize the power of being true to who you are, and the impact of not seeing the difference in her as a positive.

Now, she’s the complete opposite. She advocates for being authentic and honest, and tells everyone who will listen about her wife and daughter. Building cultures, she said, is hard work. She believes that diversity makes her company better and gives them a strategic difference in the marketplace. She sees new employees not as how they can fit into a predefined mold, but rather how they can identify with the core values of her company in their own ways. Instead of finding out how they can fit in, she asks what they can bring to the table. She wants to find what excites them about the company’s values and how they can contribute.

Vuk Magdelinic of Overbond was the last to speak. And while his talk wasn’t focused as directly on diversity and culture, he did talk to the value of being open — to change and to the potential rollercoaster journey your business can become.

He launched his product a year and a half ago — an AI-powered analytics engine that applies data sets in financial markets to predict the future, with an aim to enabling bond issuers, dealers and investors to access capital efficiently. The thing is, when he launched it, it didn’t work. But he tried again 18 months later, using a different approach, a different campaign — and it worked, to the tune of $16 billion in interest in the Canadian marketplace.

Overbond, he explained, is a data laboratory where they experiment. “And when you experiment, what happens first is you fail. What happens second, often, is you stumble upon something you didn’t expect.” In his case, while they stumbled on something they didn’t necessarily want, they discovered it was in fact extremely valuable. His lesson was to be open to the ups and downs, twists and turns of a startup, and embrace them all with an open heart.

For all the advancements in tech, it takes people of all walks of life to build a team, to build a company, and to build a community that’s inclusive, supportive and thriving. Whether you’re a founder, an employee, a recruiter or manager, never forget that diversity makes a positive difference for everyone.