#TechTO April: Mastering the Art of the Pivot 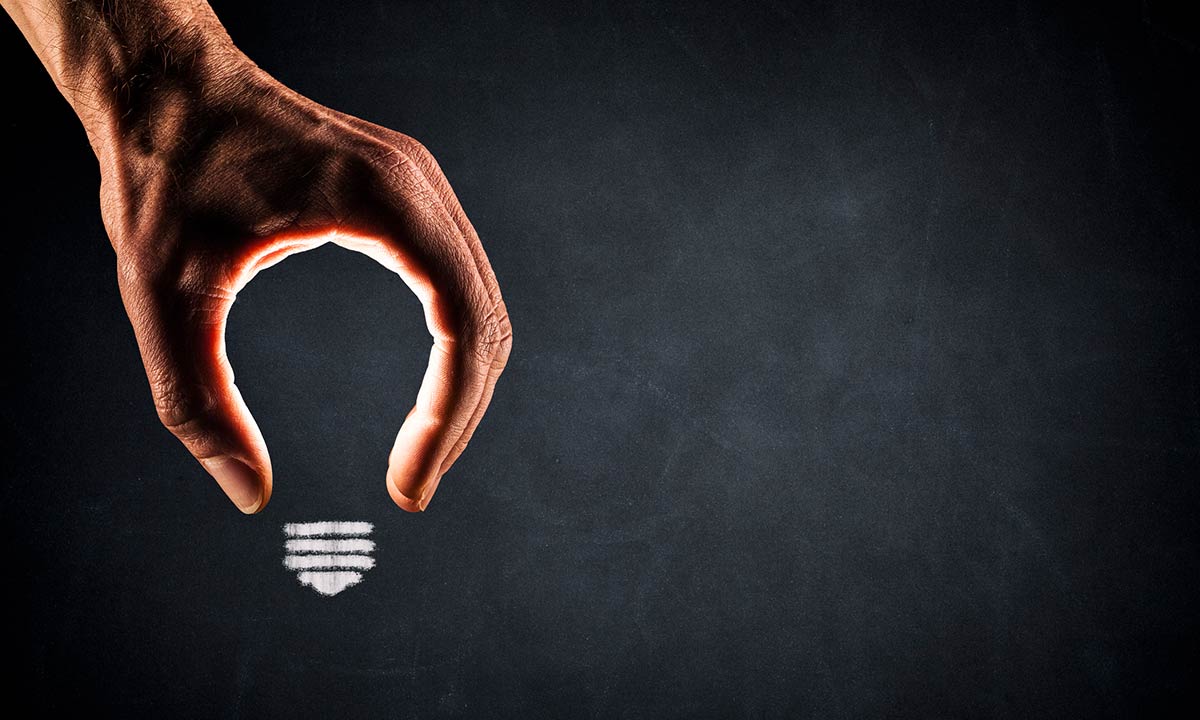 Open share menuClose share menu
If you weren't at Monday's TechTO event, that's OK. There were at least two good reasons for missing it this month: 1) You were stuck at home as a spring ice/wind/snow/rain storm was finishing up with the GTA, or 2) You were watching Game 3 of the Leafs vs. Bruins first round series.

Distractions aside, the turnout at this month’s TechTO was as robust as ever, with the 600-seat auditorium once again giving way to a standing-room-only crowd. As Jason Goldlist, host and co-founder of TechTO observed, those attending were clearly “not interested in sports, not interested in staying dry, but interested in technology and growing the ecosystem in Toronto.” He thanked them for their unwavering support of tech.

A boisterous, hearty and at times hilarious Community Open Mic session opened the night – where attendees had a strict 10 seconds to talk about anything they wanted – their new startup, their job search, their staffing needs, their real estate business. It was then followed by yet another series of engaging, inspiring and incredibly honest session where founders spoke about their journeys to or through start-updom, and the ups and downs they’ve had to ride along the way.

If you did miss the event due to a date with the Toronto Maple Leafs, you would have certainly appreciated the founder presentations of the evening. Brutally honest and refreshingly refreshing, the founders talked about failure, missing expectations and unexpected competition. Sound familiar?

But they also talked about pivoting, recovering and rebounding. (‘Hmmm’… muses Leaf fan. ‘Go on’.)

If you left partway through the night, you might have been a thoroughly discouraged would-be startup founder. But if you stayed to the end, you would have left inspired, hopeful and informed, perhaps plotting a revised course of action in your head.

Mark Goh, CEO of ChargeSpot, opened up the presentations with his talk entitled: “Failing at what I do best.”

A dose of failure isn’t bad. Without knowing where you’re going, you don’t know where you’ll be. Be smarter than me.

ChargeSpot sells wireless charging that gets installed into commercial spaces. When you put your device down, it just charges. Pretty cool stuff. When they started out, ChargeSpot – with its smart and unique offering – landed Google as its first customer. They followed up with big service firms and other large clients. Seemingly on a steep upward trajectory, Mark and his co-founder thought they could not fail. And they spent money like they could not fail. As Mark explained it, they thought they were on a rocket ship – but learned very quickly that no plan survives full contact.

Whatever reason for their crash, ChargeSpot’s cash balance went in the tank. They had a runway of about a month, and they had to admit an awful truth: they were failing.

Fortunately, they managed to pull out of it, but their recovery didn’t come without some really tough choices. For one, they had to make painful cuts and lost people they liked working with. They also had to – almost exclusively – seek out opportunities with asymmetrical returns. Great upside, limited downside.

Mark has a finance background, and having helped other companies, he knows that his story isn’t unique. He’s heard things like “the cash hit the account the day before payroll” and “I had one or two months of runway left” or “I had to cover the month with my own capital.”

“A dose of failure isn’t bad,” Mark said, but he challenged the room to look forward as well. “Without knowing where you’re going, you don’t know where you’ll be. Be smarter than me.” And just how do you do that? The key, he said, is discipline, checking your finances on a consistent basis, and always knowing how healthy you are.

The next to speak was Emma Harris, founder of Healthy Pets. (Healthy Pets offers online pet care, through on-demand video chat with a local veterinarian).

Being just 18 months into her journey as a business owner, Emma focused her talk on how she has successfully navigated the early stages of a startup. Clearly a driven, brilliant, persistent individual, Emma’s path was organized and thorough. She started with research. She had a 3-month plan. She had a 6-month plan. She quit her job, she networked, and she launched a focused pilot. She attended pitch competitions, where she won $70,000 at one event and $40,000 at another – not to mention the $500,000 investment made through Arlene’s fund on the Dragon’s Den. She now employs five full-time staff and can sleep until 6:00am (she used to get up at 5:00).

Even still, Emma didn’t hit her benchmarks. She had a disaster of a website and didn’t hire properly at first. But she found that startups do not grow along a straight line. Rather, you need to pivot and keep going.

While Mark Goh’s advice for making it through the tough times was forecasting and looking ahead, Emma’s secret sauce is passion. She found a niche that excites her every day. In fact, it thrills her to the point that she claims if she was offered a $1,000,000 salary, she wouldn’t take it.

Next, it was demo time, and this week a startup called Butter walked the crowd through their subscription management program.

Tapping into the subscription revolution, Butter is an online platform that helps users keep track of subscriptions and earn cash back on qualifying purchases. Users can see how much they’re paying each month on subscriptions, see recommendations on new ones to try out, and easily cancel the ones they aren’t using.

Still in beta stage, the Butter team has some great ideas and is seeking feedback from the tech community on their working version.

Many of you are going to go through big events, restructuring. You’re going to have to rethink how you’re doing things.

Next up was James Bateman, founder of MedChart. James had an interesting journey to starting his business, having begun his career as a carpenter. He worked for 9 years building houses before deciding he wanted to do something different – something he was really passionate about. So got his PhD in Quantum Physics. Talk about an expert pivot.

The idea for his startup came when his father-in-law fell ill and his mother-in-law tried to coordinate medical data across four hospitals. Realizing how terrible medical data systems were, he set out to build MedChart, which would allow people to see their complete medical record in one place.

MedChart built their consumer product in June 2016 and didn’t see the growth they were expecting. Time to pivot. They collected real world user data, saw where the opportunities were, and went in a different direction – B2B. They started to work with personal injury lawyers, researchers and insurance companies and allowed individuals to exercise their legal right to medical ownership with the purpose of sharing it with companies and practitioners working on their behalf. That’s when everything started to fall into place. Pivoting paid off.

The last speaker of the evening was Gassan Halazon, CEO of Emerge. Halazon is one of the first founders to have appeared on Dragon’s Den and the longest-standing daily deals CEO on the planet. Having been in the business for 10+ years, he had some stories to tell – and appropriately, his presentation was titled “Beyond the Wreckage.”

His story kicked off with his first slide, which read “$0 – $60 million in three years.”

Halazon talked about how Emerge grew and grew through grit and hustle, backed by the mindset that market share was the most important goal, and that being bigger for the sake of being bigger would get them the exit – the big payout.

He brushed over a lot of drama and detail, but the bottom line was that when Groupon went public (Emerge was known as the Groupon of Canada at the time), the IPO tanked. The expectations were so out of whack that the investment community wasn’t happy – and Halazon’s exit strategy went out the window.

So he pivoted. He started traveling the world speaking with e-commerce companies that got wiped out through mega-restructuring or inventory issues. He learned. He changed his perspective. Today his mindset is “$0 to who cares?” as he doesn’t think the same way. He looks at profitability and customer acquisition differently. He has recognized that sustainability has to be at the heart of everything he builds, and that staying lean, constantly measuring and persistently monitoring customer behavior and ROI is critical.

“Many of you are going to go through big events, restructuring. You’re going to have to rethink how you’re doing things. But you need to remember that at the end of the day, you may not be screwed. You learn from your experience and solve for it. It’s not too late.”

But recovery is possible – through discipline, a change in mindset, and sheer will and passion. Businesses (and hockey teams) can learn from mistakes, pivot and eventually rebound, coming out stronger and smarter than before. (And in case you missed it, the Leafs beat the Bruins 4-2 that night, closing the loop on this analogy).

Once again, TechTO offered up an event to remember, lots to think about, and enough beer and pizza to leave tech insiders feeling full in body and mind.