#TechTO — October Edition: The Other Side of the Story 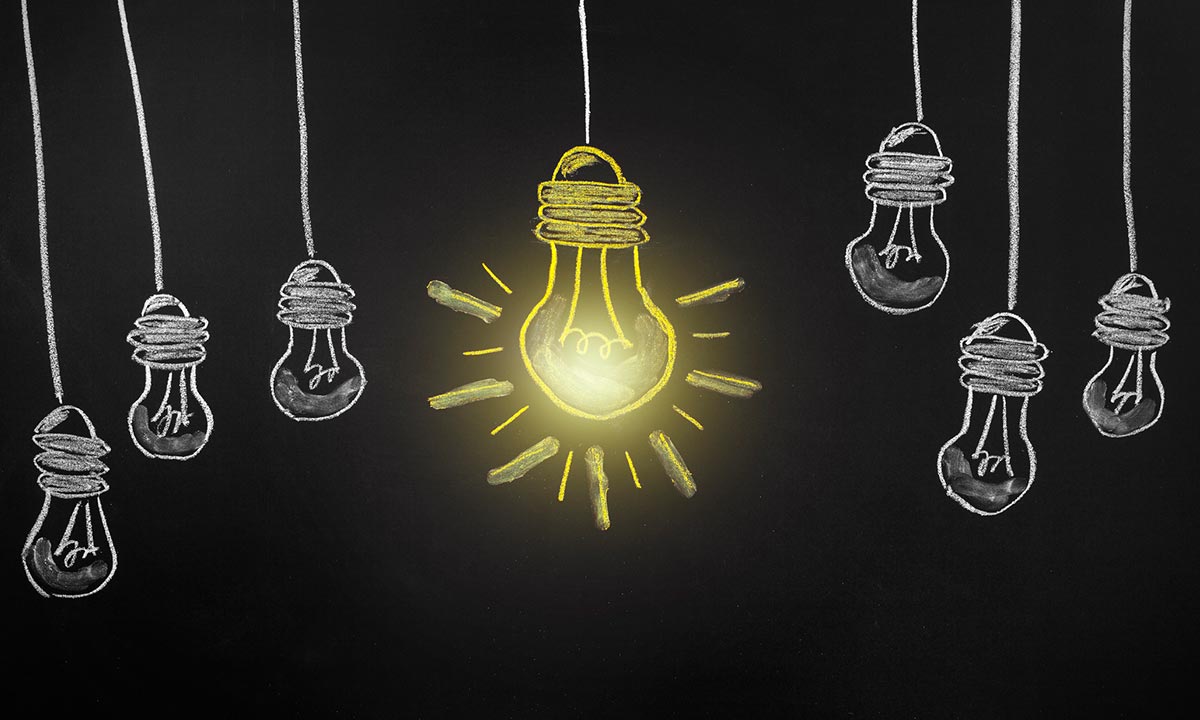 Open share menuClose share menu
It was another packed house at RBC Auditorium for the October edition of Tech TO, which happened to be the 48th Tech TO event in a row — that's right, Tech TO was celebrating its 4-year anniversary, fittingly in front of a crowd of 700+ tech enthusiasts.

TechTO co-founders & hosts Jason Goldlist and Alex Norman have come a long way from their first event (which involved buying a pack of beer, springing for some pizza and inviting their friends) which launched in 2014 as an attempt to grow the tech ecosystem in Toronto. Now, the event has firmly established itself as a leading forum for sharing experiences, making connections, and gleaning insights from some of the industry’s hottest tech founders and leaders. And on a Monday night in October, it was clearly the place to be.

The Importance of the Other Side of the Story

Every month, Alex and Jason manage to find five presenters to share lessons and experiences about their journeys — whether they have just launched a startup or have been in the industry for years. Each event, different perspectives are unveiled, and on this cool October evening, the experience was no different. While TechTO has never suffered from the “same-old-same-old” syndrome some regular events do, this month the presenters all shared lessons and learnings that came from approaching technology and business in a different way.

First to speak was Som Seif, co-founder of Purpose Investments, a key player in the Toronto Tech ecosystem. In his presentation, Som took attendees through his journey , reflecting on questions such as: “What are players facing today? How do I scale? How do I build real margins? How do I acquire customers?” While there is a great deal of innovation in products, experiences and websites, he said that, “Nobody is focusing on building a company that can make real money.” Most are saying: “Let’s go out and innovate around a product and get a bunch of customers.” But in doing that, they are acquiring customers at a very high cost — especially if they are competing on margin, which most are. That’s a recipe for a very challenging scale, Som explained, particularly if there is no capital partner.

So what’s the other side of the story? How do you approach fintech differently?

As Som explained, approaching fintech differently means returning to how financial services succeeded in the first place. You don’t start with what tool you can build or what product you can offer, but rather by stepping back and asking, “What makes a bank work?”

The answer, he says, is phenomenal customer trust, seen through deposits and funding. For centuries, successful banks grew because people trusted them with their money. Fundamentally, they know they can deposit their money, and that it will be there when they need to get it back.

Som’s approach was therefore to build the right infrastructure, to build a funding model with the right partner, then to innovate around product. While tech minds may be drawn to innovation first, another approach is to drive change from the bottom up.

Next to speak was Noah Dolgoy, founder of Tread. Noah revealed how he went to his first tech event a year ago to the day, saying he felt uniquely positioned to give the talk he titled, “This is going to hurt.”

Noah’s presentation focused on how one needs to think about starting a startup. Most people believe that a brilliant idea comes to you, that the entire universe appears to you in a moment of clarity. You write it on glass or a mirror, see hockey stick growth, get rich, and that’s that.

Startups are business experiments, he explained — they come with a hypothesis, a methodology, variables, and an outcome. Noah explained, “Whatever you do, it’s not going to work out the way you think it will. In fact, it’s probably not going to work at all. We are wrong constantly, but that’s how we learn.”

Noah went on to say that many people think, “If you’re wrong, you’re dumb.” But there is the other side of the story to consider: When you’re wrong, that’s your chance to adapt. If you adapt, you’re giving yourself a fighting chance to succeed. The discomfort of being incorrect allows you to understand what your limits are. The secret is, Noah said, it never gets easier. The pain of being wrong never changes. Instead, challenges get harder, so you have to be more resilient, and understand the power of saying, “I don’t know, but…”

There are three traits an entrepreneur must have: Being adaptive, resilient and humble. If you have these three things, you’ll be fine, he said. He left with this quote: “Sucking at something is the first step towards being sort of good at something.”

Natalie Gray from Cover was next to speak. Named to Forbes 30 Under 30 with two apps on the front page of the app store simultaneously, Natalie is an accomplished entrepreneur. Her first app was Stylekick — a shopping app that sold high end fashion on mobile. Her second app, Cover, is a mobile-first insurance entity that allows users to insure anything they own by taking a photo of it. The app then matches them with the best possible policy.

So how does one go from fashion to insurance? Natalie’s discussion focused on just that transition.

On the one hand, Stylekick is very consumer centric, because the purchase decision is one of want, not need. And on the other, insurance is compulsory — you need it to drive a car, sign a lease, get a mortgage. At least, the products out there today make you feel that way. But at Cover, they are looking at things differently. Natalie explained that they feel, “The future of insurance is as a commodity — the product has to be functional and modern, and should give users confidence.”

So in moving from fashion to insurance, Natalie and her team approached product design the same way. They recognized that the purchase decision is still emotional — whether it’s a pair of jeans or an insurance policy. They made insurance simple to buy and simple to understand, and forced that simplicity by being mobile first — with a clear CTA, simple copy, real words, no jargon. They made sure to work with carriers that everybody knows to give users confidence, and pushed the innovation envelope to move insurance away from archaic technology.

Desk Nibbles was featured next as the Raise of the Month, sharing lessons about their experiences with fundraising. While the intention of the segment is for startups to share how they raised funds, Desk Nibbles decided to start with the other side of the story — how you don’t necessarily need to raise a large sum of money to succeed. As bootstrappers, they leveraged grants, their own savings and personal debt first. Once they figured out exactly where they were going and had a repeatable sales model, they set about raising funds. The takeaway was that there are so many options and resources to explore — debt, grants, angels — before going the VC route. While you might do that one day, it’s important to first explore your options and think strategically about where you’re going and what you need the funds for.

Next to speak was Matei Olaru from Lift & Co. — a review site for the cannabis industry. In Lift’s case, the talk was more about telling the story in the first place, versus exploring the other side of it. That’s because in the cannabis space, as Matei explained, there is information asymmetry between buyers and sellers — sellers have much more information than buyers. The friction exists partially because cannabis has been prohibited for 95 years, and partially because packaging prevents sellers from saying what it is, what it’s good for, how long it lasts, etc.

Matei revealed that 85 percent of customers trust online reviews as much as, or more than personal recommendations.1 In 2014 Lift started as a blog — talking about who is in the industry and introducing a review platform for medical buyers. Today, Lift is like the Trip Advisor for cannabis, allowing producers to talk about what they do, and build trust with buyers thanks to industry validation.

Matei closed by emphasizing the need for trust in business — through partnerships, social proof, customer endorsement — as trust opens doors and gives buyers confidence in your brand.

The final speaker of the evening was Edward Nevraumont, CMO of General Assembly. Edward flew in special from Seattle, just for TechTO, to talk about the role of data in business.

“Every company is a data driven company,” he said. “Data is everything these days.”

Edward told the story of Andrew Mason, founder of Groupon. Back in the day, Groupon was killing it — especially in the U.S., where everybody would be excited to wake up and see what deals could be had that week. Within two years of its founding, Groupon was earning hundreds of millions of dollars a month in revenue and was valued at several billion dollars. It grew faster than Apple. Faster than Facebook. Faster than Google.

So they did a test, and the data said it was going to be fine. They sent out multiple emails a day, but the thing is, the limited data at the time couldn’t tell the long-term story. People began unsubscribing at higher and higher rates.

Eventually Mason left the firm and now Groupon, “Is just this vestige of what it once was. It’s a marketplace of coupons.2” Mason’s biggest regret was being a data-driven company.

Edward shared another example of how Expedia did a test that examined whether professional hotel photography would perform better than the crappy photos that hotels send into the site. They tested 2,000 properties in the Northeastern United States. The professional photo segment lost — it converted worse than the grainy, out-of-focus hotel photos. It didn’t sound right, but the data had spoken.

At the next TechTO, happening November 5, 2018 — same time, same place (6-9pm, 88 Queens Quay West) — perhaps we’ll hear yet another side of the story. But really, anything can happen at the 49th TechTO. You’ll have to show up to see for yourself.