#TechTO – November Edition: It’s All About the People 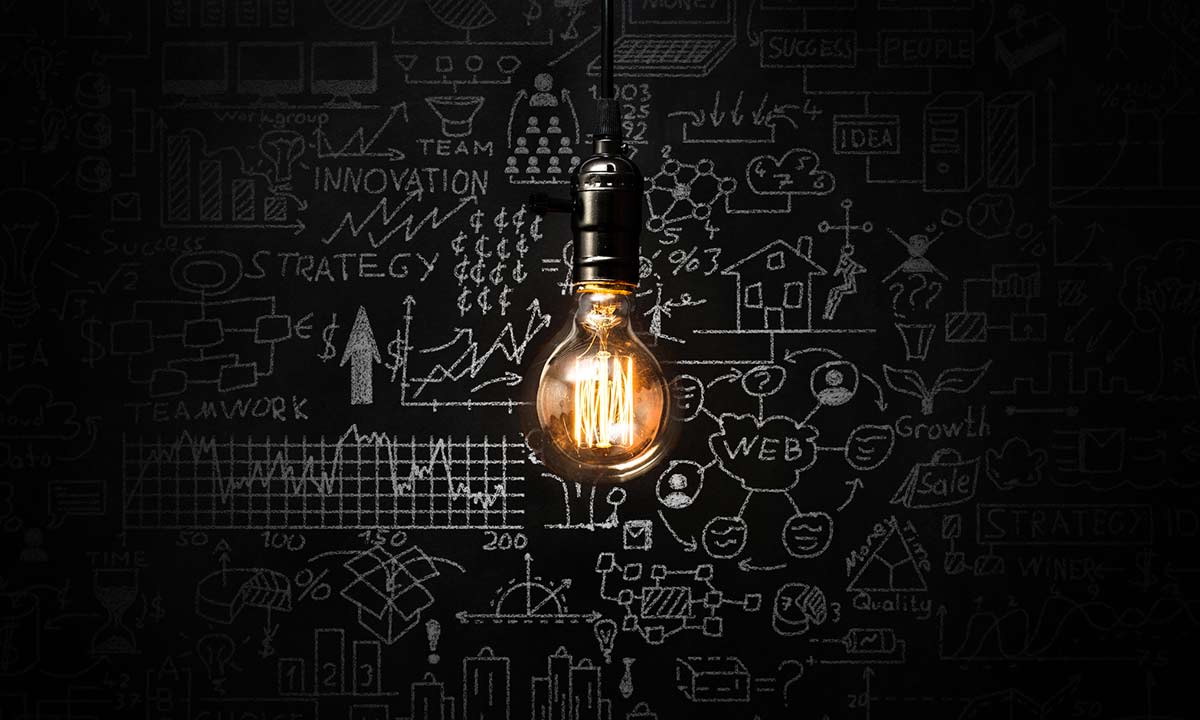 Open share menuClose share menu
TechTO's mission, consistently over the last 4 years, has been to help those in the tech community learn something new and meet someone new. With free pre-session booze, a mandatory 3-minute networking intermission and a buzzing afterparty, there's always been a big focus on connecting with people.

At this month’s TechTO, the value of people was double underlined. One speaker said, “A business is nothing more than people solving problems for other people,” while another revealed how exponential growth is dependent upon different talent at different times. The importance of great people in tech — in your company, on your team — is almost immeasurable. Unless you have the right slackbot, that is.

With more than half of the audience (at this once-again-packed event) new to TechTO, the community itself is certainly recognizing the value in making personal connections. And with many new LinkedIn relationships undoubtedly conceived on this night, people are connecting with each other, feeding the Toronto tech ecosystem and helping it thrive.

Aneta Filiciak, the first speaker of the evening, is walking proof of the value of connecting to others in tech — she actually got her job at 500px after attending a TechTO event a few years back. She was in the audience when 500px presented, and made a point of talking to the speaker and convincing him to bring her on board. Fast forward three years and she’s now the CEO.

Admitting that she thought she knew hard work before she entered the tech space — but in fact had no idea — Aneta’s talk focused on three key takeaways she’s teased out of the challenges she and her company have had to face and overcome in order to succeed.

Be Alert to Opportunity (and Don’t Snooze on Your Commute).

Next to speak was Manny Abraham, CEO and Founder of OrbCare, whose mission is to fundamentally change how healthcare is delivered.

OrbCare is the fourth company Manny has built, and he took us on a brief, 5-minute journey through his startups. The first company he started was when he was 20 years old, after a chance meeting on a GO Train commute into Toronto. “Sometimes,” Manny said, “Small meetings lead to big things.” In other words, recognize the value of even seemingly fleeting connections — you never know where your next opportunity might be.

Now Manny focuses on access in healthcare, and acknowledged that your hair salon likely has better access than your doctor. And it’s not that your doctor doesn’t want to provide better access, but the tools they are working with hinders them — the fundamental work flows and issues that are persistent in healthcare hold back progress. Manny revealed that technology he was trying to build in his first company 20 years ago still isn’t built. “Because no matter how great your ideas are, and how great the tech is, sometimes industries are so archaic that tech can’t fundamentally change things,” he admitted. But he’s trying. He left us with five lessons:

This Is a Relay Race. Run Your Leg as Hard as You Can.

Marc Castel, founder of Fiix Software was next up. Over 30 years Marc has started 13 different companies, in the fields of education, astronomy, music, wine, enterprise software and more.

Marc’s talk focused on what he’s learned about people, stating that in his eyes, business is just people serving people. “We talk about tech, solving problem, etc., but a business is nothing more than people solving problems for other people. People lead to great outcomes, no matter what business you’re in.”

As an angel investor and mentor to numerous companies, Marc revealed that founders are never honest enough to say that they don’t have a really great team. He implored current and future founders in the audience to be very thoughtful about the people you bring into your business. “Good people are watching,” he said. “If you’re not culling the bad performers, the good people will leave.”

Marc also had an interesting perspective to founding companies. While other founders and CEOs have likened starting a business to a marathon — steady, patient progress with small wins and milestones along the way — Marc looks at it as a relay race. More founders, he said, should recognize that they are likely not going to last the full journey.

“You get to run your leg of the relay race. If you’re a founder, you get to run the startup journey. If you make it through that, there might be someone better to manage the scale up phase, and someone else still to run a mature business.” He recognizes that he is not a scale up person, so early on in his startup journeys, he finds a successor.

“Your job is to find your replacement, and you need to start looking now. People below you now are eventually going to be good enough to free you up so you can use your unique skills somewhere else.” He believes that success equates to becoming irrelevant. “Your job is to run your heart out on your leg and then go to the sideline and cheer like crazy for that next runner.”

Marc then went on to speak about measurement in your company, and cautioned to be careful about what you measure. “What you measure is what you get. What you ask people for is what they’ll deliver.” Early on at Fiix, they decided they would measure success differently, with a triple bottom line: People. Profit and Planet.

In fact, at Fiix, they measure 600 KPIs and measure engagement, ambassadorship, happiness and much, much more. If he sees something out of whack, he deals with it within 24 hours. For him, his own success is measured in engagement, not money. He builds things until he’s no longer interested and then passes them off to someone else.

And how does he measure happiness in his company? “A slackbot measures happiness,” he told the crowd. Now that’s bringing people and tech together!

An insightful and clever talk by Anna Hu from BriziCam in the Raise of the Month segment followed. Anna revealed her tactics for finagling soft commitments from potential investors and creating demand through a sense of urgency and interest. She spoke about building momentum, mitigating risk for investors and negotiating when you have leverage. The fruits of her efforts were a $2.5 million raise this summer.

The Value of Hyper Focus (and How Swearing in a Presentation Captures More Attention).

Shrad Rao, CEO of Wagepoint spoke next. He focused on the things he feels he got right at Wagepoint. Acknowledging that, “payroll is indeed the sexiest business known to mankind,” Shrad took attendees through how he started Wagepoint.

Ultimately his first success was not waiting for the perfect idea. “It doesn’t matter if it already exists,” he said. “If you can deliver something better than your competitors, that’s all you need.” He knew that by making payroll just a bit more friendly and more personal, he could create a wedge in the market. He spoke with 100 customers before writing their first line of code, recognizing that this was a gap he could fill.

His second success was knowing when to say no to a customer. Wagepoint said no to a 300-person company once because he had determined Wagepoint’s focus would be small businesses. “Our hyper-focus is why we’re here today,” he said.

Shrad’s third success was to make the remote environment work, understanding the value it has for his people. Recognizing that his team is so productive when they work from home, he knew this was the right model. But, he also found that people miss social interaction. So he created a clubhouse which provides the social elements of work, but enables work to continue at home. “Putting on pants is a real problem for people,” he admitted, “So there was only one way to do it” — by allowing the home to be the primary workspace, while offering a space if employees need to interact in person.

Compound Improvement Can Take Toronto Beyond the next Best Thing.

Mark Jaine, CEO of Intelex was the last speaker. Having been at Intelex 20 years, he began as a summer intern. Fittingly, Mark spoke about compound improvement. “Nothing great is built overnight,” he said. “Greatness is built brick by brick.” Not unlike the Toronto tech community, in fact. “Make no mistake, there will be hard times on this journey,” he said. “If you don’t have the conviction and fortification to work through the challenges, Toronto will always be the next best thing to be the next best thing. There is great opportunity here, but it’s still that — opportunity. We need time and compound improvement to make it great.”

Mark pulled back the curtain on the fallacy behind exponential growth, something every startup wants to achieve. “To have exponential growth, you need to be a {expletive} genius,” he said. “You’ve got to nail market fit on Day One, and be incredibly lucky.”

Exponential growth is nearly impossible he says — rather, startups need to understand the journey of compound improvement: Year by year, blocking and tackling. 10 per cent growth every month, 30 per cent every quarter. The story is hard, the challenges are really hard, but by putting together a plan, understanding what you need to achieve it, executing, adjusting, you can make it happen.

So where do people fit into his compound improvement journey? “It would all be easy if it wasn’t for people,” he said. “That is the biggest challenge bar none. There is a different set of horses for the 5-10 person track, versus the 100-200 person track.” Recognizing good people and how they fit into your business at a given point in time is critical to success. That, plus hard work and a lot of commitment.

So overall lessons learned? Go to TechTO and you could land your dream job (and one day be CEO of that company); talk to people on the GO Train — it could lead to your first startup; know when to run like hell, and when to cheer from the sidelines; sometimes it’s worth putting on pants; aim for compound improvement.

Clearly, missing the next TechTO on December 3rd (6-9 p.m.) is not an option. Who knows where it could lead for you?