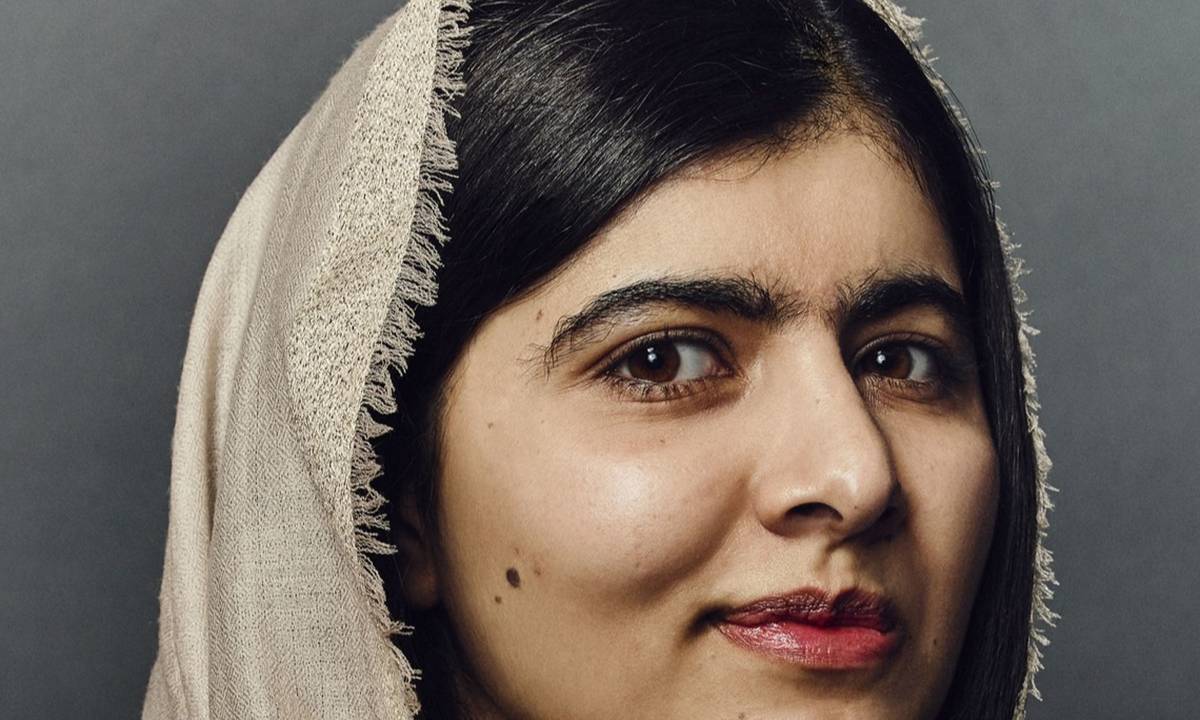 Open share menuClose share menu
The theme for RBC's International Women's Day 2022 this year was I Am Limitless. Malala Yousafzai, whose passion and energy truly appear limitless, spoke at this year's internal IWD event, sharing messages of encouragement, optimism, hope and inspiration with thousands of attendees.

International Women’s Day is a day to honour, encourage and celebrate women. It’s also a challenge to do more to advance women’s and girls’ rights and the pursuit of gender equality. Malala Yousafzai, co-founder of Malala Fund, a Nobel Peace Prize laureate and tireless champion of every girl’s right to free, safe and quality education, was a special guest speaker at this year’s RBC International Women’s Day event.

In 2020, Malala Fund conducted research that showed an additional 20 million girls are at risk of losing access to education because of the COVID-19 pandemic. While it takes years to make advancements in girls’ education, it can take one significant event – such as a pandemic or a war – to reverse all progress. In a time of crisis, women are most acutely affected. Throughout the pandemic, as girls have been limited to their homes, they have been more likely to help with household chores, more likely to get married and to take on work to help their families financially – and when it comes to a return to schools, girls are the last ones to go back. It’s for these reasons that Malala urges action, activism and allyship, and acceleration of the work that needs to be done to educate girls and women around the world.

The fight for girls’ right to education isn’t an easy one, and Malala has faced a great deal of resistance, violence and adversity in her 24 years – possibly more than many would encounter in a lifetime. In 2008 at age 11, she and her fellow female classmates were banned from school. In 2012, on her way home from an exam, she was shot in the head by a Taliban gunman – an event that further fueled her passion. “I think that the circumstances you go through make you more resilient,” she says in conversation with Helena Gottschling, RBC’s Chief Human Resources Officer at the IWD event. “Facing terrorism and being denied basic human rights at such a young age taught me that the world was not just – that I was being discriminated against simply because I was a girl. I think that makes you realize that there is so much you have to fight for, to be treated equally and fairly.”

While she was lucky that her father allowed her to be in school and get her education, she could see that many of her cousins were not as fortunate. Knowing what life for women was like without an education, she felt it was important for all girls to have the opportunity to learn.

Education is powerful, but it is not a threat

The more education can be accessible to girls in all countries and communities, the stronger the world will be. When the Taliban began banning girls from going to school, Malala knew she had to fight for her education. “It must be empowering because it scared the Taliban,” she says. “The Taliban knew that educated girls and educated women were powerful – and that they would be the ones to challenge them, to change society, change patriarchy and challenge misogyny.” Seeing that the Taliban wanted to silence women by taking away the right to education, Malala knew she had to speak up.

Part of her message is that while educating women empowers them, this empowerment is not a threat to traditions or culture. “When women are empowered, we are still connected to our culture, we still understand our values and our faith. I think sometimes education is considered equivalent to Westernization… when I’m educated and still wear my headscarf, that sends a really strong message.” Of Pashtun ethnicity, Malala’s family and culture are quite traditional, she explains. “We are proud of our culture and we are known for our hospitality – we love to serve people with lots of food and our doors are always open. But there are some customs that need to change and it’s important for women to have a role in society.”

Finding a way around barriers

Malala calls out that the pandemic has revealed how education systems the world over are under-resourced and under-prepared and in many cases, it has exacerbated barriers to education. But it has also revealed that alternative education channels are available, and they work. “Digital learning has taught us that there are other ways in which we can spread education across the globe, including to the most remote areas,” she says.

Malala Fund supports local activists who are working with locally-led organizations to help students access digital education. In Pakistan, for instance, they are using an app called Taleemabad and in northern Nigeria, they are using radios to spread lessons and classes. “The important lesson is that there are resources and there are alternatives that we must explore, and ensure we use those opportunities to address the barriers that we currently have in accessibility.” While there are obstacles, there are also solutions.

When asked how she stays focused, despite the fight feeling so overwhelming at times, Malala admits that there are moments in activism and advocacy that are exhausting. “There are times when you raise your voice and don’t hear anything back. Or people agree with you, but then there is no action. This can be very frustrating because you feel like you have said it all and they know it all, but they are hesitating in investing in education,” she says. Malala explains that frustrations are normal, and in those instances, she takes time to reflect on how she can improve or figure out if there was something she missed.

“But it’s the decision to stop that scares me more than these little frustrations. I never want to stop. I hope that I am never faced with any circumstances in which I have to stop my mission.” For those who get frustrated with their advocacy, she tells them it’s okay to take a pause. “But never stop – because as soon as you stop, the mission stops, the activism stops. Even if little is happening, it is still making some level of impact.”

The importance of allyship

Malala’s father, Ziauddin Yousafzai, has had an immensely positive influence on her life and independence as a woman. He is a fierce advocate for education and believes strongly in a girl’s right to go to school. Malala credits his views and actions for her ability to speak out. “I share how my father encouraged me to speak out for my rights and always remind people that the fact that I was able to complete my education, that I was able to speak up for my rights and have a presence in society is because my father allowed me. He never stopped me in my decisions.”

She recalls that when the Taliban first announced the ban on girls’ education in Pakistan, there were many girls speaking out. But their brothers and fathers stopped them. “I remind people that there is nothing special in my story – the only thing that is different in my story is that my father did not stop me. So if men, boys, brothers and fathers do not stop women on their way to thrive, women can accomplish a lot.”

Malala’s father has always been a critical ally, enabling her to thrive. She encourages other men who believe in women’s rights to give them space and opportunity to speak up and treat wives and sisters as equals. “The feminist fight begins at home,” she says.

“Dream big and believe in yourself”

Malala has ambitious goals – for instance, by 2030, one of the goals of Malala Fund is to have all girls in schools. To get there, a funding gap of $200 billion in lower- and middle-income countries must be overcome. There are other challenges, such as climate-related events, which are expected to displace 12.5 million girls from their schools by 2025. Despite these challenges, Malala continues to dream big and encourages others to do the same. “I think women and girls, when they’re young, they dream big. It’s as you grow older that society tells you that there is not a place for you. If you are a girl, there are certain things you cannot do. I tell women – and whoever is listening to me right now – mute all the noise in the background that stops you from having ambitious dreams. Be optimistic, be ambitious in your life and you can achieve anything.”

In fact, she listens to the younger Malala – the one who was 10 years old and believed she could change the world. She encourages others to believe in that younger version of themselves, who believed anything was possible.

Yes, there are obstacles that are trying to stop women and girls, but Malala believes they can be dismantled. “There are barriers and systems that do not favour us based on our gender or our identity. There is a lot to do, but I just say believe in yourself, be optimistic and be ambitious – and then help change the world.”

After all, if a teenage girl from northern Pakistan, who was banned from education and terrorized from an early age, can win the Nobel Peace Prize for her efforts and impact, surely anything is possible. “No matter what your gender is and where you come from,” says Malala, you can make the world a better place.”

Indeed, you are LIMITLESS.

To learn more about the Malala Fund visit malala.org/

Chatter That Matters: Shipping a Mattress in a Box was a Big Idea. How About a One-Bedroom House? 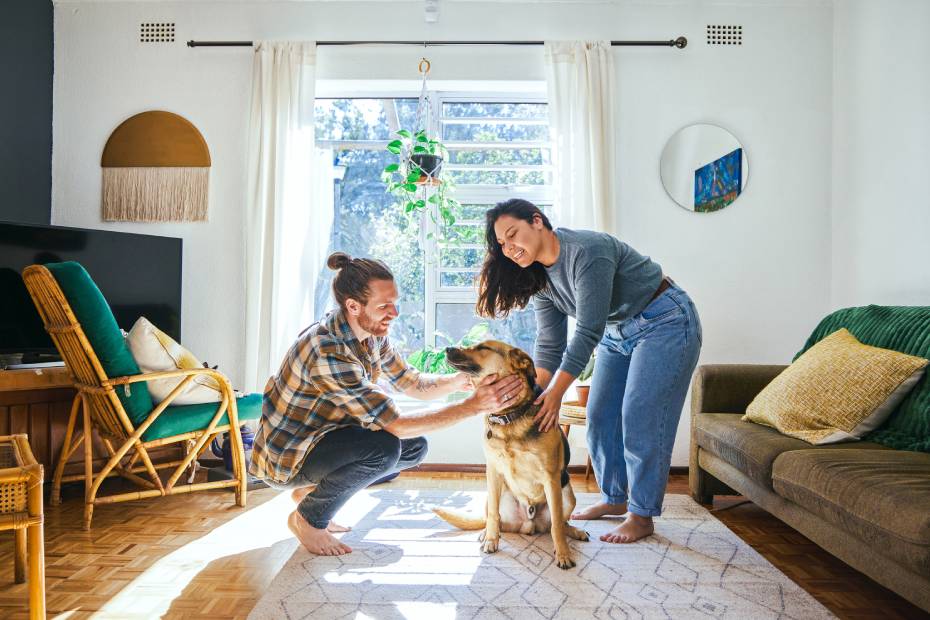 The 9 Reasons You Need a Will