Dr. Nel Wieman on being an Advocate and Canada’s First Female Indigenous Psychiatrist 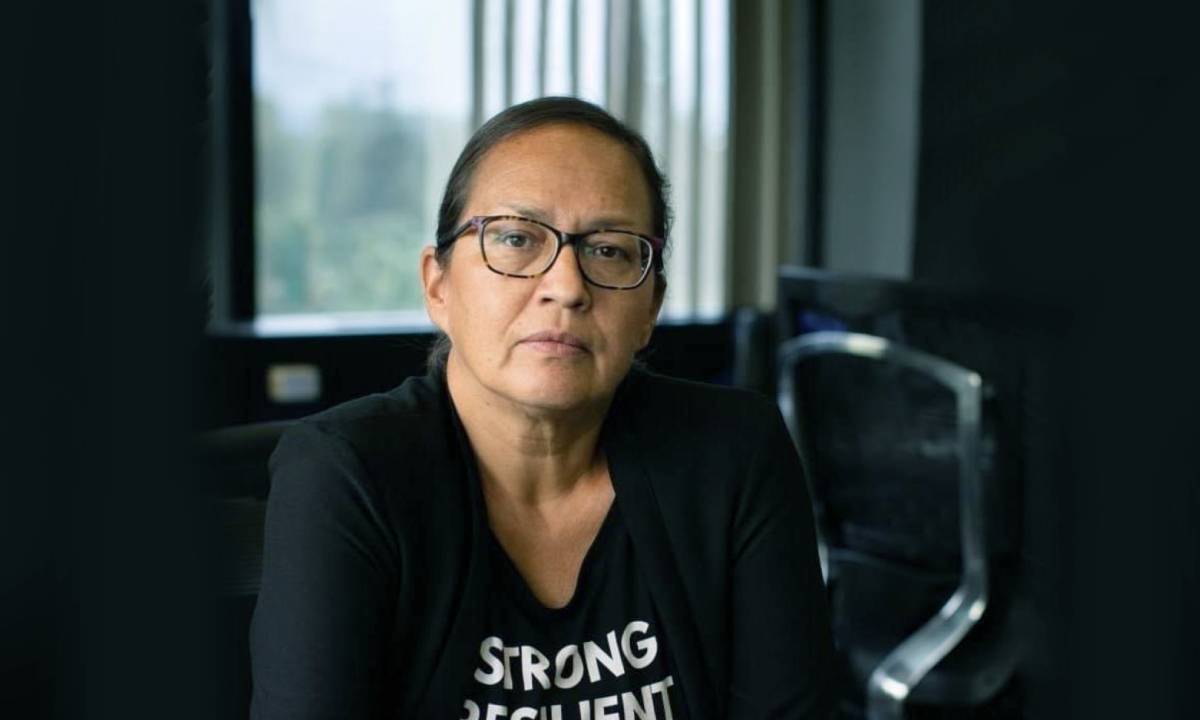 For Dr. Nel Wieman, proper medical care begins with empathy and trust. As the country’s first female Indigenous psychiatrist, she has been a powerful advocate for patients who have experienced systemic racism and difficulty accessing psychiatric care.

A renowned national leader in Indigenous health for more than 20 years, Wieman is Deputy Chief Medical Officer at First Nations Health Authority in Vancouver and the president of the Indigenous Physicians Association of Canada.

As a child, she was part of the Sixties Scoop: Born in the Little Grand Rapids First Nation community in Manitoba, she was adopted into a family of Dutch immigrants and raised in Thunder Bay, Ontario.

“I went to an elementary school where half of the kids were bused in from the Fort William reserve and a half from non-Indigenous neighbourhoods. It caused a lot of confusion for me growing up because I looked like all the kids from Fort William reserve, but I never got on that bus. I always felt like I was on the wrong bus,” recalls Dr. Wieman.

It wasn’t until the mid-1980s when she left home to study kinesiology and biomechanics at the University of Waterloo that Dr. Wieman began examining her Indigenous roots.

And during her medical training at McMaster University in the early 1990s, Dr. Wieman became involved with the Indigenous Physicians Association. Soon after she switched her focus from neurosurgery to psychiatry.

A voice for those who were often ignored

“I travelled to a few conferences where Indigenous health was being discussed and became more familiar with what the needs were. During my first rotation in psychiatry, I felt like that was a natural fit for me.”

When Dr. Wieman won the National Aboriginal Achievement Award in 1998, she was determined to become a voice for those in the healthcare system who were often ignored.

“I needed to feel I was deserving of that award,” she recalls. “I was treated in a racist manner by my fellow medical students, my clinical preceptors and administrative types in the medical education system. I wanted to try to speak out against this because it’s not right and because I want to try to make things easier for the generations who come after me.”

Being a culturally safe practitioner

Working in acute care settings, Dr. Wieman discovered the importance of establishing a strong alliance with her patients.

“As a First Nations woman, we have a history of oral tradition, and I loved both the art and the science of psychiatry.”

“In psychiatry, people have to be able to trust you; they won’t tell you they’re suicidal if they don’t believe you’re going to treat them well,” she says. “Being in crisis is one of the worst days of people’s lives. When I worked in reserve communities, people didn’t know anything about my personal story, but they could sense I was empathetic and that I had suffered myself. There were parts of me that were very relatable and approachable. We call that being a culturally safe practitioner.”

After several years of focusing on Indigenous mental health and suicide among Indigenous youth, Dr. Wieman moved to Vancouver to work in public health at FNHA, a role that allowed her to apply her clinical and research skills plus her experience and advocacy work. In 2013, she was awarded the Queen Elizabeth II Diamond Jubilee Medal, and she is currently one of the leads in developing a provincial standard for a first-of-its-kind anti-racism and cultural safety standard, slated for publication this year.

“Several things happened concurrently: the pandemic, the death of Joyce Echaquan, and the release of the In Plain Sight report in British Columbia in November of 2020. All of this amplified the discussion around discrimination, racism and terrible treatment in the healthcare system,” says Dr. Wieman.

“The In Plain Sight report focused on racism in BC’s healthcare system, but it raised the level of conversation nationally. We realized for the first time that we could talk about it even though it’s still an uncomfortable conversation. As Canadians, we don’t like to think of ourselves as racist. But when we’re finally talking about it, we can start to make changes. These discussions have allowed us to advocate for more equitable treatment.”

For example, thanks to the FNHA’s efforts to manage COVID-19 outbreaks in First Nations communities and prioritize vaccination for Indigenous people, many lives were saved, she notes.

Wieman’s sense of duty to mentor upcoming generations of healthcare practitioners stems from the Seven Generations Principle, an Iroquois philosophy.

“In my culture, each one of us is a product of seven generations: All the generations that have come before me have led to me being where I am today, and the impact of what I accomplish during my lifetime will be felt forward for seven generations,” she explains.

“I benefited from being mentored by Dr. Tom Digman, Canada’s first Indigenous physician, who will be inducted into Canada’s Medical Hall of Fame later this summer. I’ve always tried to live up to that by mentoring students.”

For the past four years, Dr. Wieman has been a formal mentor to a medical student through the Indigenous Physicians of Canada‘s mentorship circle, which recently received a $1 million grant from the Canadian Medical Association Foundation. “When you mentor people, they give back, too. It’s not a one-directional relationship of trying to support someone or give them advice. Sometimes, it’s just listening,” says Dr. Wieman.

Collaborating to break down barriers

Dr. Wieman believes that to transform the medical culture, you need a collaborative, community-led approach to amplify Indigenous voices and break down systemic barriers.

“Indigenous physicians are primed to be collaborators with governments at different levels, because we’re Western-trained medical practitioners who also have a foot in our communities, whether that’s a reserve community, a Metis settlement or an urban community,” she explains. “We can help be a voice for communities to express needs, and it’s an honour and a privilege to do that work.”

For more than 25 years, RBC has been committed to the reconciliation journey, working with Indigenous Peoples and communities through specific initiatives designed to generate genuine and meaningful change. Check out our annual partnership report – A Chosen Journey – and see how we celebrate Indigenous successes and affirms our commitment to the Indigenous community. 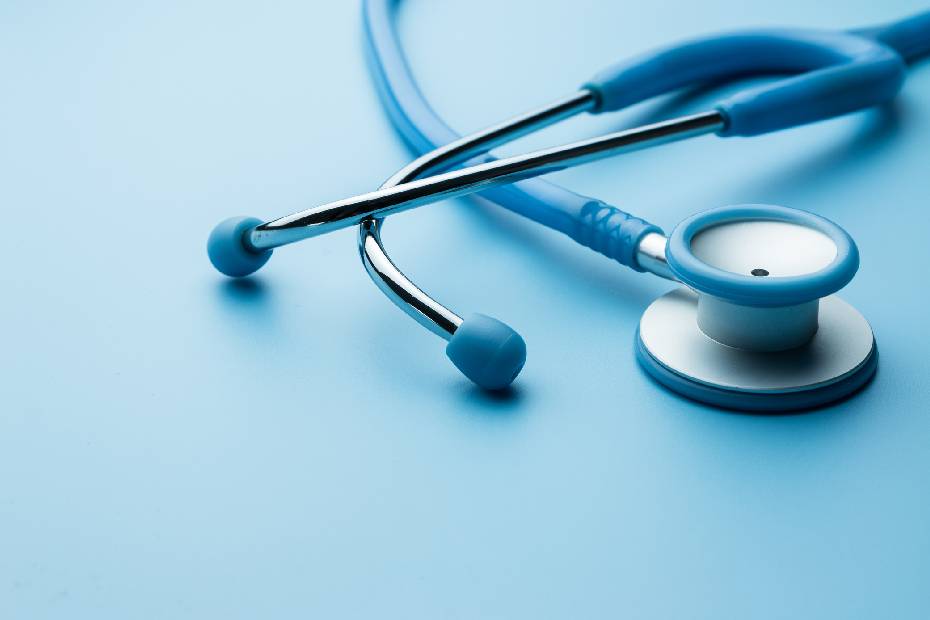 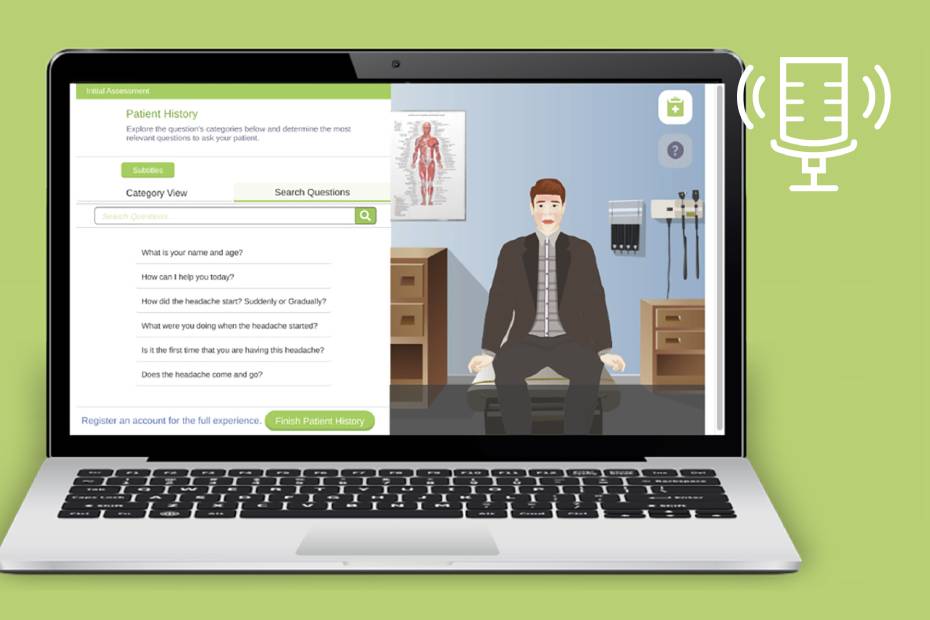 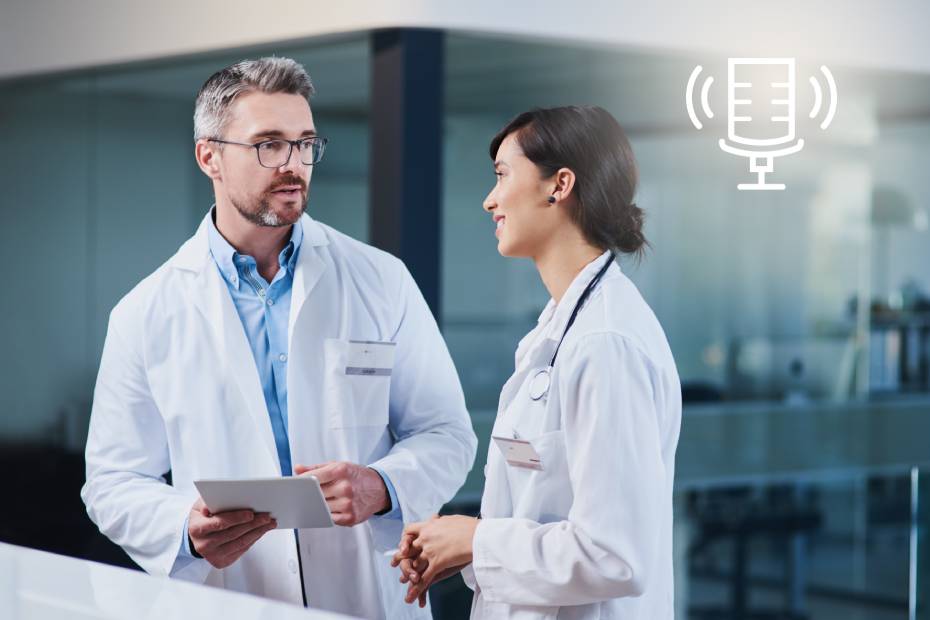 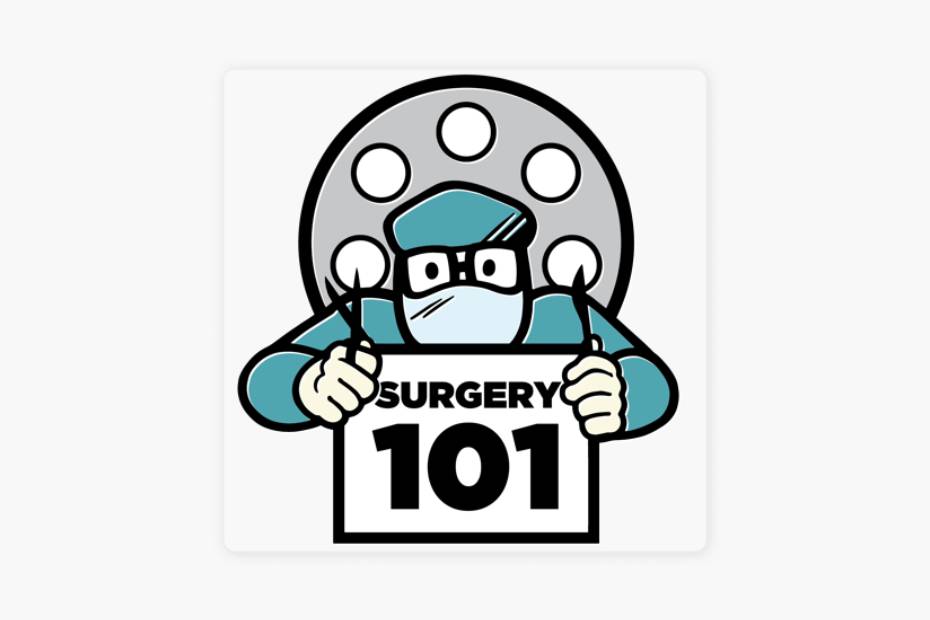 Specialty Scoop: Learnings Behind the Success of Surgery 101 [Podcast] 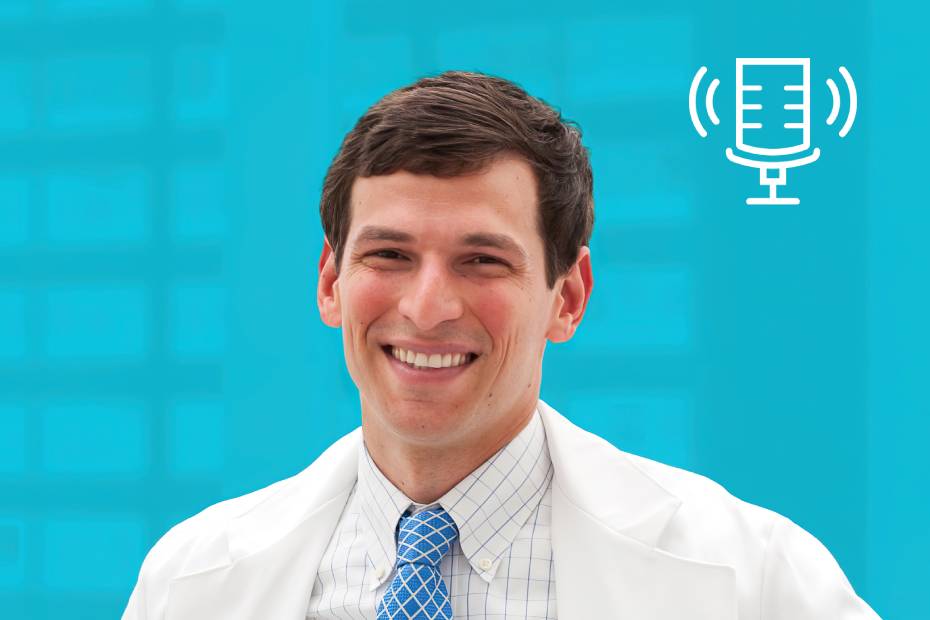 A Cure Matters: How a Hail Mary Gave Dr. Fajgenbaum a Shot at Overtime [Podcast] 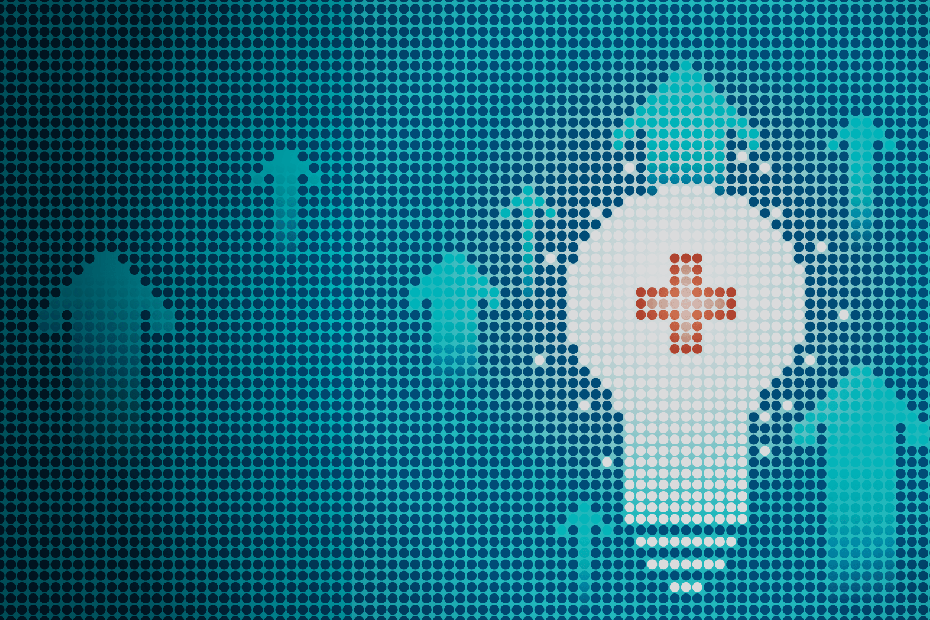 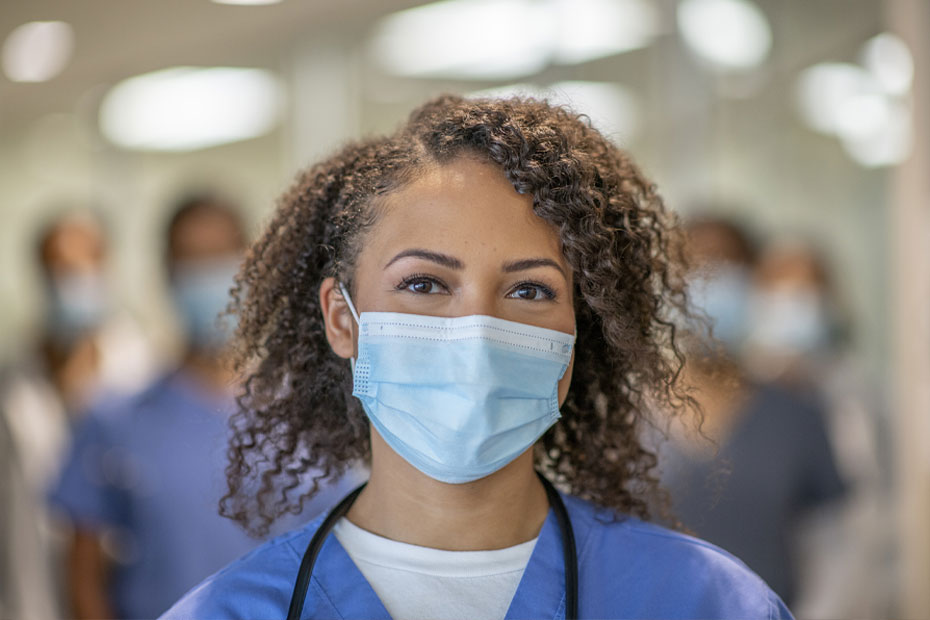 Transforming Medical Education: 10 Goals in the Wake of the Pandemic