Chatter That Matters Podcast: Rick Hansen on Living a Life of Purpose 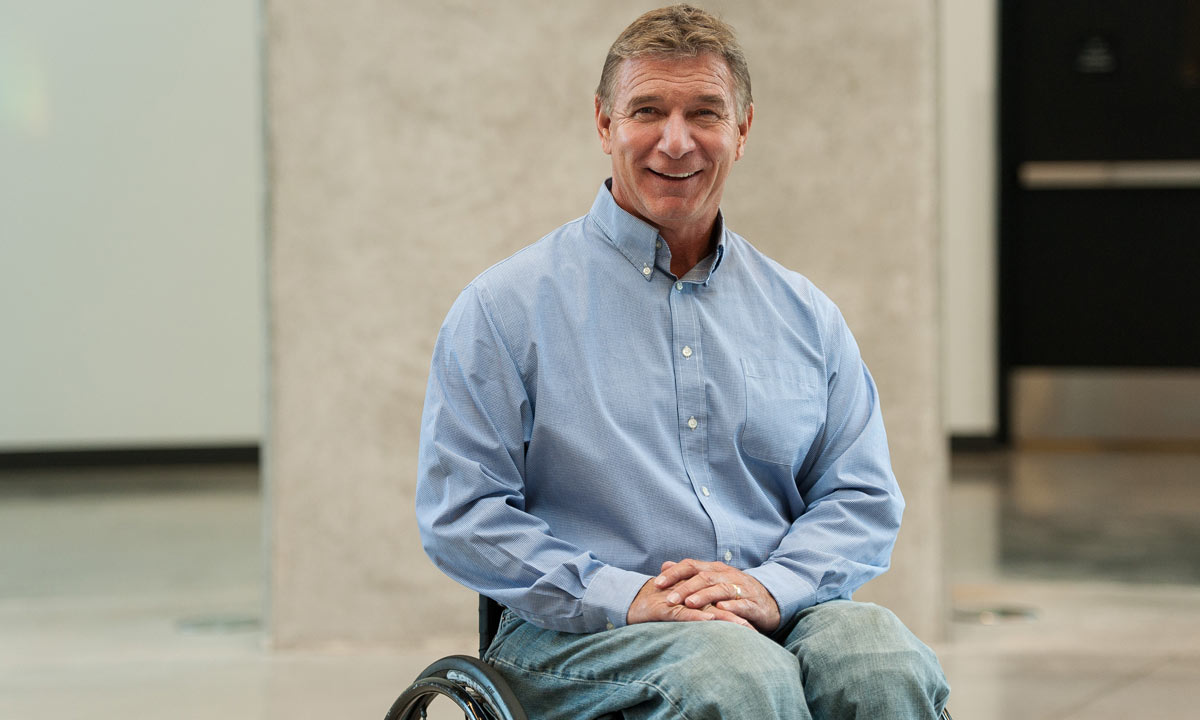 Open share menuClose share menu
At 15, Rick Hansen became a paraplegic following a pick-up truck accident. Thanks to mentors and supporters, he was able to shift from an outlook of despair to one of possibility… and became one of the most powerful difference-makers this country has ever known.

Every week, Tony Chapman chats with ordinary people doing extraordinary things. In his inspiring Chatter That Matters podcast series, Chapman uncovers tales of resilience & stories of strength, and the valuable lessons that can help to see the possibilities of life — even during challenging times.

As a teenager, Rick Hansen was athletic and adventurous. He loved sports and the outdoors. When he was thrown from a pickup truck on his way home from a fishing trip at the age of 15, Hansen broke his back and damaged his spinal cord. He was paralyzed from the waist down and would never walk again.

At the time, he thought his life was over. But the role models around him encouraged him to change his perspective. “Instead of focusing on what you can’t do, focus on what you can,” his high school coach had told him. Hansen learned that he could control his attitude and choose to see the possibilities in each and every day.

Ultimately, he recognized the fullness of his life, rather than its limitations. He pursued a Phys. Ed. Degree at the University of British Columbia, became an avid wheelchair basketball player, won 19 wheelchair marathons, three world titles, and 15 medals — six at the Paralympic Games and nine at the Pan Am Games.

Anything is possible if you have a dream, a purpose & hope

When asked about his decision to undertake an epic 26-month trek across the world to raise awareness of the potential of people with disabilities, Hansen tells Chapman: “I wanted to be able to make a difference.”

“I wanted to take a task that seemed impossible — like wheeling around the world when people in wheelchairs were perhaps not even recognized as being able to wheel across the street — and demonstrate what was possible if someone set their mind to it.”

In 1985, when Hansen and his team set out, he recognized that it was a large and inaccessible world — and that the challenges in his path seemed almost unconquerable. Almost, but not quite.

“There were many times even before we started we thought about quitting because we were listening to self-doubt, skepticism, and the idea of having to have it all perfect before we started,” he explains. But his team, which included his physiotherapist (and future wife) Amanda, helped him regain his hope and have faith in the tour. Even though they weren’t perfectly prepared, they took the first stroke on March 21st, 1985.

A lifelong journey to create a better world

Upon his return from the Man in Motion tour in 1987, Hansen considered getting back to his athletic career, but discovered that his motivation lay elsewhere. After the powerful experience of the tour, he realized he needed to continue his journey in a new way and created the Rick Hansen Foundation.

Since then, he has been an active and powerful voice for inclusion and accessibility, advocating for connection and acceptance. “The art of being human in today’s world is to get rid of our fear of the unknown and realize that we’re all people — and there’s incredible richness in being able to get to know a human, in spite of our differences.”

As for the accident that happened so many years ago, he says it was one of the luckiest things that ever happened to him. “It changed my life in a dramatic way. And I wouldn’t trade it for the use of my legs.”

Ever a man in motion, Rick Hansen’s quest to help create a more inclusive world, tackle the big barriers that exist and prove the potential of people with disabilities. “My best work is in front of me,” he says.

And as many Canadians struggle with changes and challenges, he encourages people to have hope and purpose. “Not every day is going to be perfect,” he tells Chapman. “But every day is filled with possibility and an opportunity to see how far you can go.”