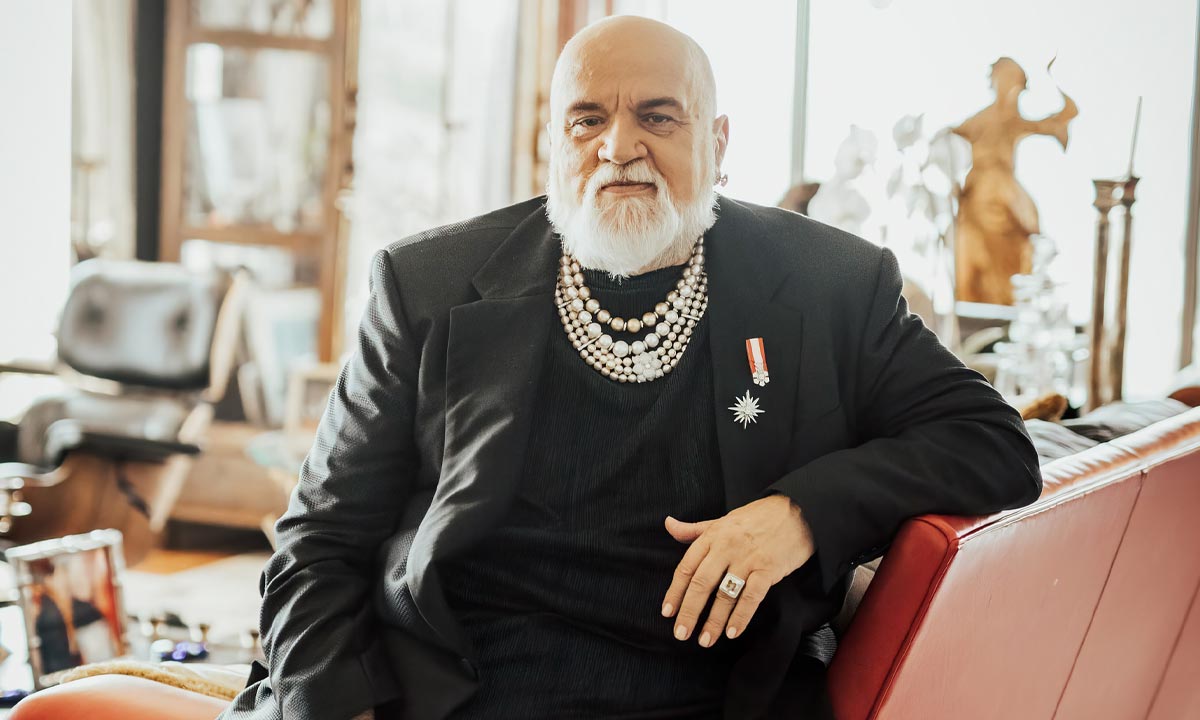 Open share menuClose share menu
A devoted patron of the arts, entrepreneur, philanthropist, magazine publisher, President of Cineplex Media, chancellor of OCAD and so much more, Salah Bachir's life experiences are lavish and eclectic — just like his legendary art collection.

“The first time I met Salah Bachir I felt I was in the presence of an old soul. He had a twinkle in his eye, a purpose to his step and he listened with generosity. He wasn’t there to command a stage, he was there to help you command your own. It was much later that I learned I was also in the presence of one of the most generous souls in Canada, one whose life is about giving and giving back.” — Tony Chapman

Born in Lebanon, Salah Bachir immigrated to Canada at age 10, where he began his lifelong pursuits of activism, philanthropy and the arts. On this episode of Chatter That Matters, Bachir shares his first fundraising experience — a grape boycott at his local grocery store, where he raised $150 in support of Caesar Chavez and farmworkers. Lessons he learned from that modest outcome he applied to a lifetime of giving back. Bachir has gone on to raise hundreds of millions of dollars for causes and charities, largely in support of the LGBT+ community, diversity, inclusion and the arts.

A highly successful entrepreneur, Bachir also shares how he grew a small video newsletter into ultimately one of the biggest media platforms in the world — Cineplex Magazine is among the most circulated magazines in the country, with 750,000 copies distributed and 1.5 million digital readers per issue.

With an art collection of more than 3,000 original works from artists such as Andy Warhol, Betty Goodwin and Stephen Andrews, Bachir talks about his love of the arts and art collecting.

A man who has dedicated his life to giving back, advocating for inclusion, advancing LGBT+ rights and celebrating the arts, Bachir’s influence on the Canadian community and culture is as rare and exquisite as his art collection and his character.