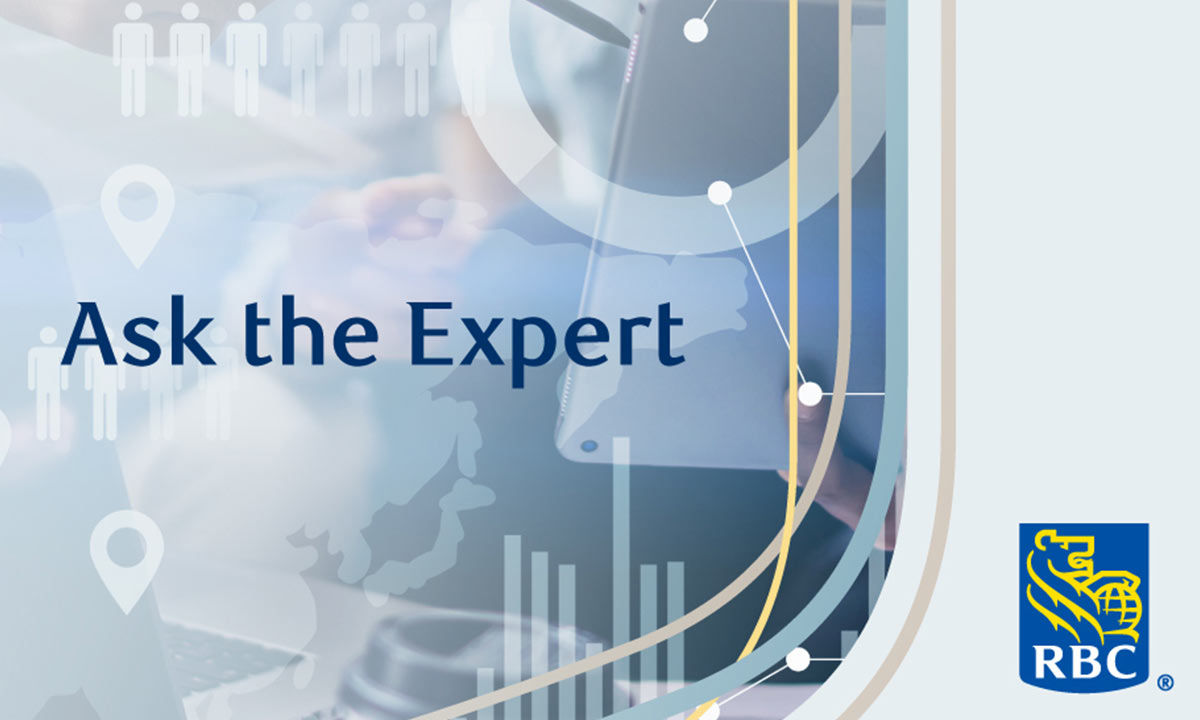 Open share menuClose share menu
Canada — like most of the world — has been shaken by COVID-19 and the impact it has had on our health, the economy, our lifestyles and our finances. In times of such upheaval and uncertainty, it's important to turn to the experts among us for answers and guidance.

Craig Wright, RBC ‘s Chief Economist shares his perspective on the questions & concerns weighing on the minds of Canadians: How the Canadian economy is standing up to the challenges of COVID-19, what the future might look like, and how Canadians can work together to bring about a faster recovery.

Q: How Long Until the Economy Recovers?

Wright admits that all forecasters are trying to get their heads around this question. “People put letters to these types of recoveries — V shape, U shape… There isn’t really a shape that works here, so we are talking about a checkmark recovery,” says Wright. He explains that while Canada had a weak start to the year, he and his team foresee growth in the back half.

“We have seen large parts of the economy shut down for months. When it comes to recovery, it will depend on when those parts of the economy will open up again. We expect that to be staggered as authorities try to balance economic recovery with health risks. It will be a two-steps-forward, one-step-back kind of scenario.”

While consumer spending will eventually pick up, it will be in line with what incomes will allow, explains Wright. The speed of recovery will depend more on the job market versus reaching into debt. If people have jobs, they will have money to spend.

Q: How are Government Relief Programs Playing a Role?

Wright explains that relief efforts coming from the Federal government are supporting the economy in a couple of ways, both in terms of supporting businesses, and supporting those who are unemployed as a result of COVID-19. “When it comes to business, some programs have had modest uptake relative to what policy makers had expected,” he says. On the consumer side, however, support packages have been very popular, likely due to their simplicity. “This offers the lesson that simple sells,” offers Wright.

Worries do start to surface, however, when it comes to the future financial well-being of Canadians. “Deferrals buy time, but eventually that deferred payment has to be paid back,” reminds Wright. Consumer relief will end when the government thinks the economy will stand on its own feet, so it’s important for Canadians to be prepared for that time.

Q: How Can Canadians Prepare Themselves for the End of Government Relief?

A key step, advises Wright, is for Canadians to stay engaged with the labour market. But one of the biggest policies — the Canadian Employment Wage Subsidy — hasn’t been widely adopted, which is a concern. “One worry is that one of the biggest programs designed to keep employees connected to firms isn’t being taken up. When workers are not attached to previous employment, there may be a challenge in getting back.”

As of March and April data, three million Canadians have lost their jobs, while 2.5 million are still working less than half of the hours they worked before the crisis. This means 5.5 million Canadians are not working, or are working significantly fewer hours. When relief programs taper off, Canadians who aren’t employed may struggle. It is therefore vital to stay engaged with the job market and open to work.

Q: Where are Interest Rates Projected to go?

“There have been two significant hits to the Canadian economy,” says Wright. “First, the COVID shock, and second, the big energy price shock, which on its own would have put Canada into a recession.”

As a result, the Bank of Canada has “dusted off its playbooks from the global financial crisis, which has allowed them to get more support into the market quicker and on a bigger scale,” says Wright.

Part of Bank of Canada’s actions included cutting interest rates. In March, they cut rates by 50 basis points on three separate occasions. “We are now at 25 basis points, which is the low we hit during the financial crisis, and there is no reason to believe that interest rates will increase anytime soon. Rates will remain steady,” says Wright.

One of the positive impacts of low interest rates is that it makes carrying debt more affordable. “From our view, that will mean that mortgage rates will continue to be low, so there is some relief for debt servicing costs as we move forward,” Wright explains.

On the savings side, there will be some support coming from central banks, so investors may in fact see some growth.

Q: Where are Housing Prices Projected to go?

Wright expects all provinces to experience a hit in their housing markets, especially those with economies that rely on the energy sector, namely Alberta, Saskatchewan and Newfoundland and Labrador. But all provinces are expected to see softer prices, except PEI where prices are flat. Larger cities — Toronto, Vancouver, Montreal and Ottawa — had decent momentum heading into the crisis, but the markets have cooled as listings decreased (open houses weren’t exactly on the agenda this spring).

“We will have to see what recovers quicker — supply or demand,” says Wright. But low interest rates and an eventual increase in employment levels point to a pick-up in the housing market.

Q: How Has the Closure of Borders Affected the economy?

In major city centres, growth in the housing market has come from international immigration, explains Wright. And with borders closing, immigration has screeched to a halt. “We have to be aware of the key role immigration plays,” he advises. “It supports consumer spending and feeds the labour market. Immigrants also tend to be younger (which is good news for our aging population), and they come with higher education levels. So all those factors suggest that once the border is open, Canada can try to ramp up.”

Q: How Long until the Stock Markets Rebound?

After low points in March, the market has stabilized, which reflects the action of policy makers. “They have the tools and have been able to see what worked and what didn’t during the global financial crisis — so when this crisis hit they were able to get the playbook out and got things underway quicker.”

Wright anticipates more volatility going forward, but expects the worst has passed. While he expects the market will see more gains than losses, the recovery won’t be a straight line up.

Q: What Can Canadians Do to Help the Country Emerge from This?

“First and foremost, the recovery is predicated on continued improvement on the health side,” says Wright. This means keeping up social distancing and respecting the advice and rules coming out from officials. “As we have seen globally — and even across some provinces — reopening can get pushed out or paused if the numbers don’t work out. We need to do our part for the greater good.”

Q: Are There Any Silver Linings to Take from This Situation? Is There Room for Optimism?

Wright encourages Canadians to look at the country’s strengths at times like this. Canada has several competitive advantages, he says, to help it emerge from this pandemic. For example, Canada has the highest percentage of post-secondary graduates in the world, which means a more educated and dynamic workforce. And as technology begins to play a larger role globally in everyday life, Canada’s technological leadership allows it to compete globally.

When it comes to Canada’s economic recovery, much will depend on making sure Canadians remain healthy. When the parts of the economy that have been closed do open up again, the financial recovery — and the country’s resilience — may surprise many.