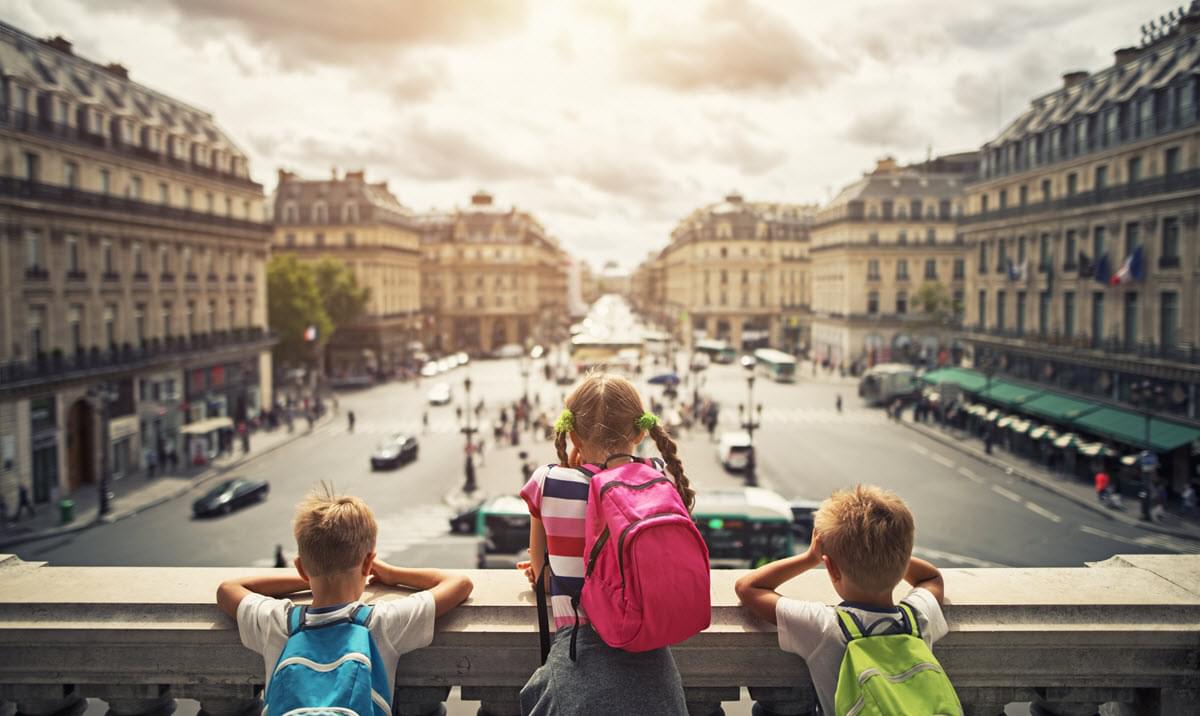 Moving house can have a subtle or dramatic impact on a family. Sometimes it’s a small move to a new neighbourhood or a different city within a province. Sometimes it’s a more substantial move, like a shift from an urban environment to a rural one.

Other families move even further afield — to countries overseas where they immerse themselves in new cultures, embrace new customs and raise their children in foreign-language school system.

Such was the case for Willemien Schurer and her husband Todd Richards. When Richards, a trader in the financial services industry, was offered a job opportunity in the Netherlands in 2000, the couple jumped at the chance and left their home in Victoria with their one-year-old son for a new adventure abroad. (Schurer is of Dutch descent and is fluent in the language).

Shortly after, they moved to London, UK, when a new job opportunity came up. “The Canadian market for what my husband does is very small and there were many more options in the UK in particular,” says Schurer of their move. “It would have been hard to have the same [quality of life] and breadth of growth [in Canada] versus there.”

During an 11-year residency in the UK, the Schurer-Richards family welcomed two more boys before another job offer saw them move to Zug, Switzerland. The couple’s younger two sons, now aged 14 and 7, attended school in German and became fluent, while their eldest boy, now 16, attended an international school.

“I think the advantages of having had that international experience is that the boys are very good with their social skills, introducing themselves and making polite small talk,” says Schurer. “That’s the expectation when you’re overseas. Not only that, but they know what it’s like to be new, so they know how to reach out to other kids who are also new. They’re more inclined to be inclusive and I think that’s a nice thing.”

But in recent years, the couple agreed that another change of scenery was in order. They wanted to return home to Canada, to lay firmer roots on Canadian soil.

“Our children didn’t feel like they belonged to a country, so we wanted them to have a little bit more solidity,” Schurer says of the family’s decision to repatriate to Canada. The couple says this move will be their last while their boys are school-aged.

Instead of choosing a major urban centre, they chose Collingwood, Ont., a year-round resort town about two hours north of Toronto. Richards received a job offer to work in Toronto and lives in the city four days a week, commuting home every Friday. They completed the move in February.

“We like the idea of individual responsibility that comes with living in a small town. You walk to school by yourself, you get to soccer practice by yourself. We really like that. There’s more freedom to do fun things.”

While Schurer is quick to acknowledge the differences, she says the change was welcome. The family wanted to escape the rat race and avoid the many pressures their children faced while attending private schools overseas — from wearing the right clothes to attending the right camps. A small town environment also offered greater affordability, improved lifestyle and better freedom for their boys than they enjoyed when living in a major international city such as London.

Now, the family is able to interact in different ways, indulging passions such as hiking, mountain biking and skiing.

“We try to keep things pretty simple as a family. We’re interested in experiences versus expensive cars or those kinds of things,” says Schurer. “We were just in Toronto for the weekend and it really solidified for all of us that we made the right decision, we’re much happier outside the city.”

Now that they’ve had several months to settle in, the couple has no regrets about their decision to live abroad — or the dramatic decision to embrace life in small-town Ontario.

For those considering a similar move on either side of the Atlantic Ocean, Schurer offers this advice: do your research, and carefully consider how the move will impact your children.

“If you’re going overseas, be aware of the pros and cons of the school systems you might be entering in to,” she says. “Remember that it’s not all happy days [living abroad]. You learn a lot about yourself, you learn a lot about your relationship with your partner and your children get exposed to all sorts of different things.”

She adds with a smile: “Sometimes you need to take a chance. To go overseas and have that experience is amazing. But coming back to Canada is nice because there’s an openness [among Canadians] that doesn’t really exist as much when you’re away.”