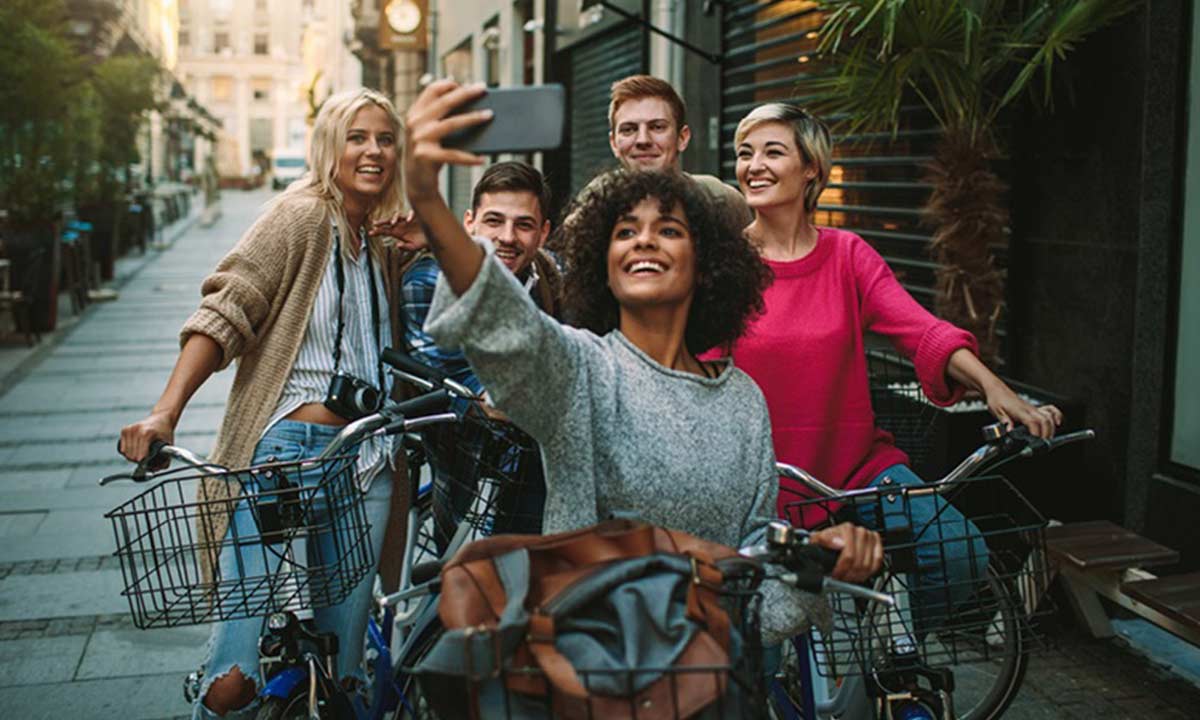 Open share menuClose share menu
Generations often have different goals and perspectives when it comes to defining and valuing wealth.

As a new decade begins, three very different generations are approaching key milestones: the oldest among Generation X — those born in the early to mid 1960s — will soon qualify for seniors benefits; Millennials will become the largest workforce cohort and the oldest of them are about to turn 40; the oldest in Generation Z — those born after 2000 — are entering adulthood and begin taking on the responsibilities that come with it.

Meanwhile, an unprecedented US$4 trillion is expected to change hands in the U.S., UK, and Canada within the next generation, representing the biggest wealth transfer in history, according to an RBC Wealth Management report.

Under this backdrop of generational milestones, what does the future of wealth look like? EnsembleCO, a speaker series for future leaders, thinkers, creatives and entrepreneurs, hosted a diverse group of experts, featuring a panel of Generation Z and Millennial commentators last fall to explore this theme.

Preparing the next generations to be financially savvy

“When you talk about the future, you’re talking about multiple generations at once,” says Jaclyn Hodsworth, an 18-year-old first year Arts and Science student at McMaster University and a WE youth ambassador. From economics to politics, Hodsworth says different generations need to work together toward common goals, but notes her generation has so far been left out of much of the conversation because of their age.

But cohorts like herself are now old enough to vote and apply for a credit card, she says, so there should be more consideration and discussion around what her generation’s influence on the future will be.

For 24-year-old Millennial panelist Angela De La Cruz, her parents advised her to save money, but she did not have guidance on why it mattered or how to do it well.

“I don’t know how to invest. I need to learn that, so that I can have a secure future, so that I can create wealth that is ‘creating itself’ for a lack of better words, so that I can continue to pursue my passions,” says De La Cruz, who is a certified teacher, dancer, choreographer, and make-up artist. “I hope that I don’t retire at 65 because I do love what I do.” 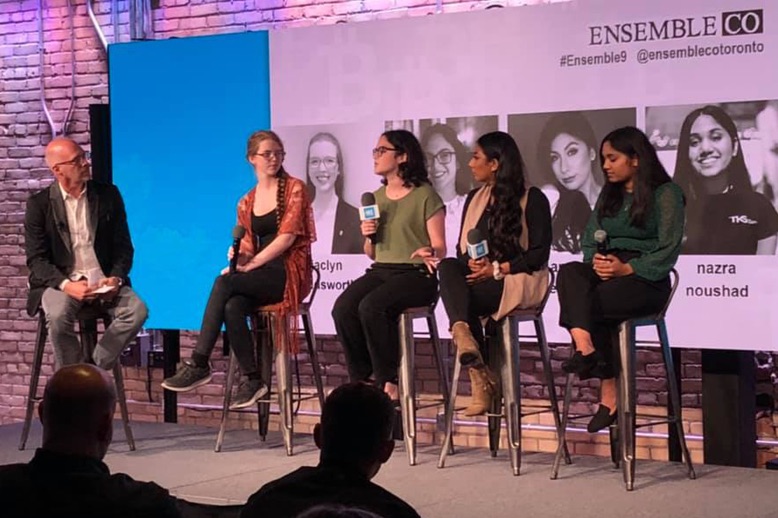 Hodsworth says her generation should be given more guidance on how to prepare for the future, with parents having an open dialogue with their children about managing money, investing, saving money, and taxes, for example.

But communication between generations may be challenging. Generations often have different goals and perspectives when it comes to how they define and value wealth.

Even with the generational differences, a survey by The Economist Intelligence Unit (EIU), commissioned by RBC Wealth Management, shows generations have more similarities than most people realize. Regardless of age, security, quality of life, freedom, and health all rank high in terms of how each generation defines “wealth.”

Education and the generational wealth gap

“The future of wealth is, first and foremost, uneven,” says Dan Coates, president and co-founder of Ypulse, a New York based research firm focused on youth culture.

Coates says Millennials in Canada are generally doing well and faring better than their American counterparts, for example. But in terms of the distribution of wealth, an enormous disparity remains between the bottom and top 10 per cent in terms of how wealth has grown between 1995 and 2017.

“That’s quite a big amount of wealth at the top,” says Desjardins. “When we think about wealth and education, being educated does open a pathway to accruing wealth and being able to support yourself.”

Still, it also depends on a person’s chosen field of study. Coates says the difference between the highest paying and lowest paying college majors is US$3.4 million over the course of a lifetime. “So there’s even more unevenness,” says Coates.

Some Gen Zers are looking at education differently, he says. “You’re starting to see the earliest kinds of questions being asked — Gen Zers are very much questioning the value of an education.”

The generational focus on social impact

Noushad, who is also a WE board member, says she left the University of Toronto to focus on her work as a community manager with The Knowledge Society. It’s an accelerator training program that uses emerging technologies to help young people create solutions for some of the world’s most difficult and pressing problems.

“We’re a generation of people who care about the world. It’s really a movement that’s happening,” says Noushad. “I find the work that I do is very purposeful. I just dropped out of U of T to pursue something I love.”

When it comes to social impact, the Gen Z cohorts are not that different from their Millennial predecessors. “They kind of have some of the philosophies similar to Millennials — they put their money where their values are,” says Hodsworth.

Social responsibility informs the investment decision making process for many Millennials, for example, according to the EIU research.

“When you look at attitudes towards making an impact with your investment dollars … where you’re looking to a company not to just give you a financial return, but you want to see they’re generating some kind of social or environmental progress or good as well … that’s definitely something Millennials are very much wanting to participate in,” says Desjardins.

And when it comes to philanthropy, Desjardins says women in particular want to see measurable impact. In fact, the EIU survey found 80 per cent of Millennial women want to track their charity dollars and know how their money will be spent, compared to 56 per cent of Baby Boomers.

Desjardins and Coates presented data that shows in Canada, women are controlling more of the country’s wealth, as well as making more financial decisions for households and families.

“The future is also massively female,” says Coates. In the U.S., there are 2.6 million more female college students than male, and since 1995, more women than men have been going to college, he says.

“We’ve definitely got a lot of years where that’s been building up; where women are better educated than men,” Coates adds.

Among other data he cites:

Coates noted that these figures are not the same thing as gender equality, and that a lot more work still needs to be done.

“They need role models and they need to be able to envision themselves in those roles, early in life,” says Coates. He notes Millennials are more willing to swap traditional gender roles, where women might earn more than their male partners, or the husband is a stay-at-home-dad.

As older generations begin thinking about wealth transfer in the coming years, many of the perspectives offered by the young panelists indicate a younger generation keen to be financially independent, knowledgeable and thoughtful.

“At a very early age, I wanted to manage my own money. I don’t really know what that meant at the time. I’m still trying to figure that out,” says De La Cruz.

Despite the challenges and concerns over the growing wealth gap, the panel suggests there’s an underlying sense of idealism about what the future of wealth will be like, particularly in the hands of the younger generation.

“The newest generations really want to lead to make a difference — a social difference — with their investments as well as with their charitable giving,” says Desjardins. “They really do see themselves more as global citizens.” 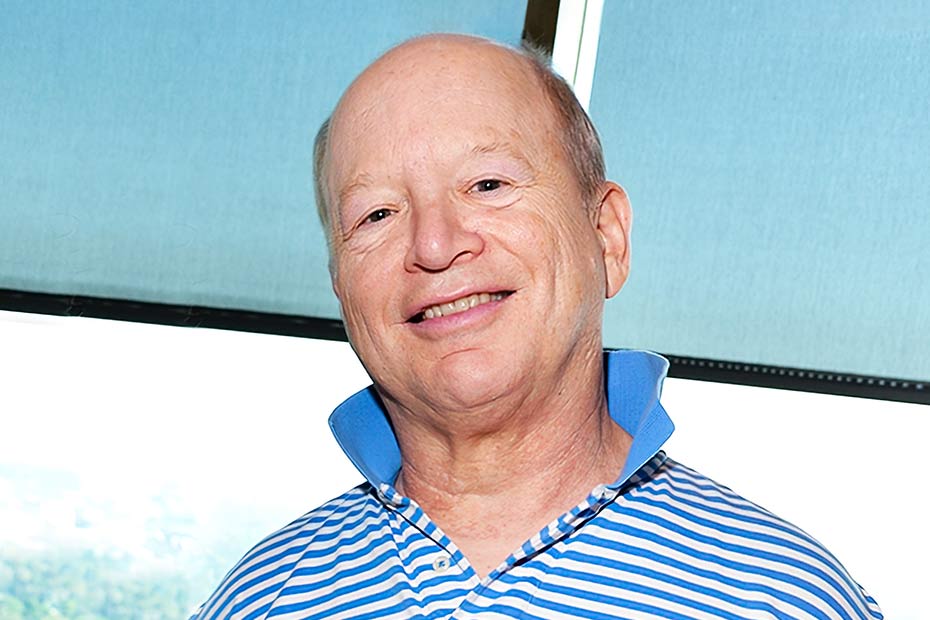 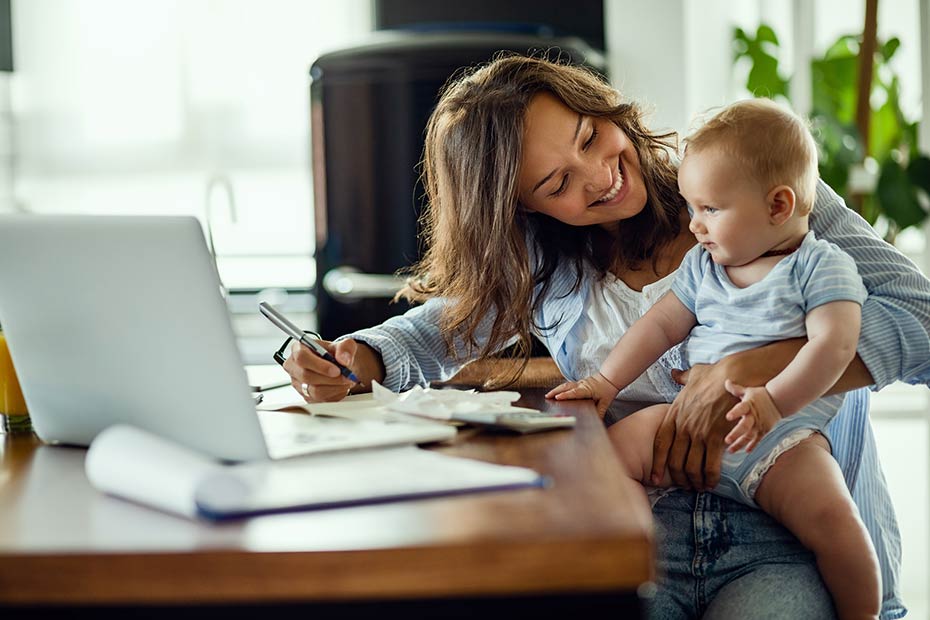 Moving to the U.S. from Canada, Part 5: What to Do with Your Canadian Investments 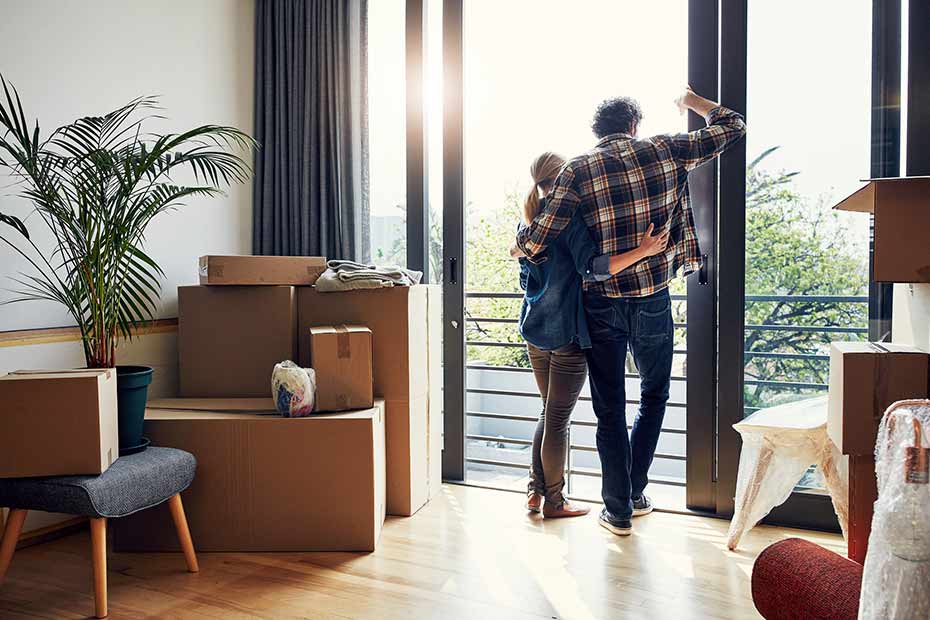 Moving to the U.S. From Canada, Part 4: Planning Your Future as a U.S. Resident 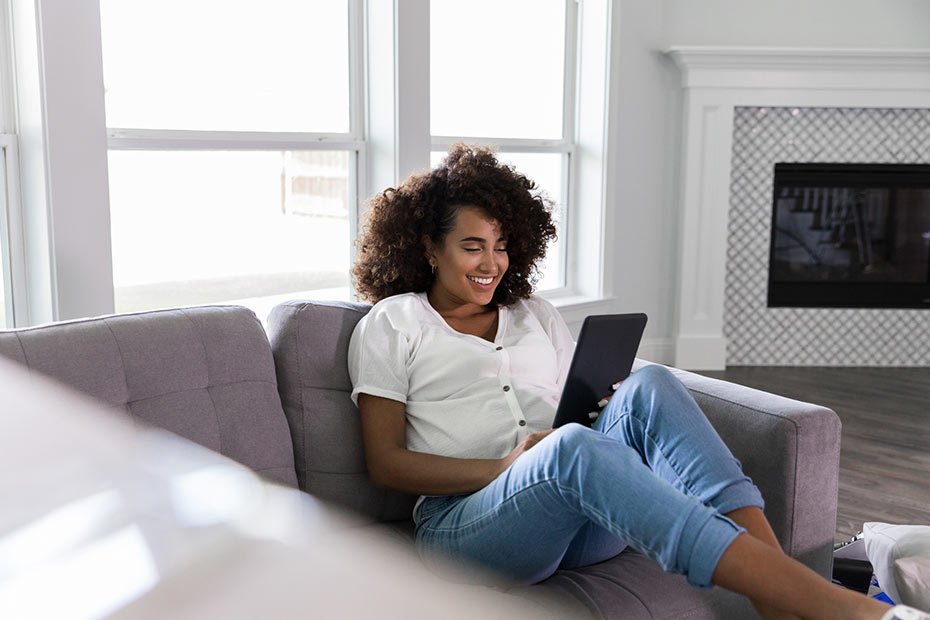 Moving to the U.S. From Canada, Part 3: 4 Tips for an Easy Transition 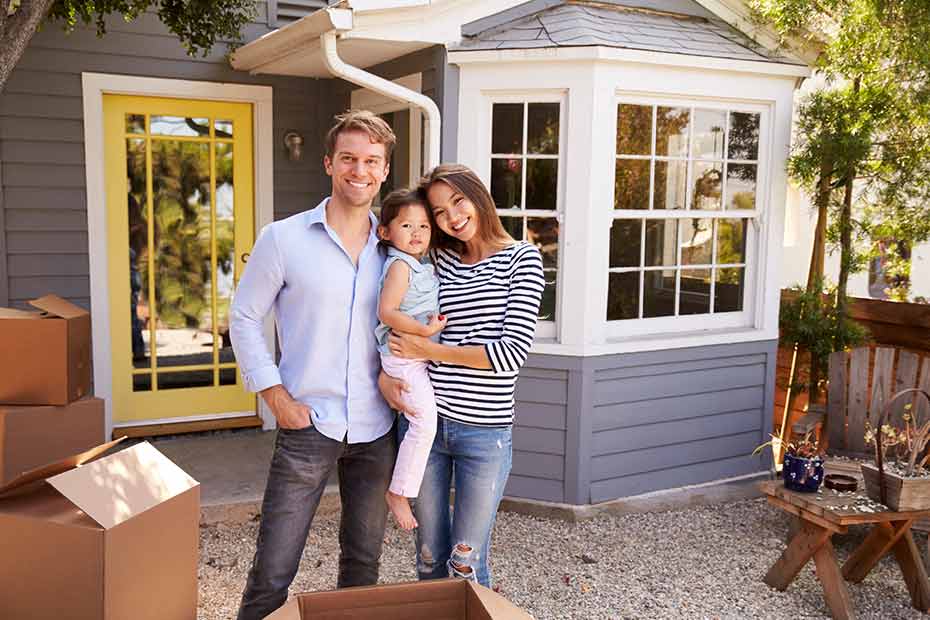 Moving to the U.S. From Canada, Part 2: 3 Steps for a Smoother Move 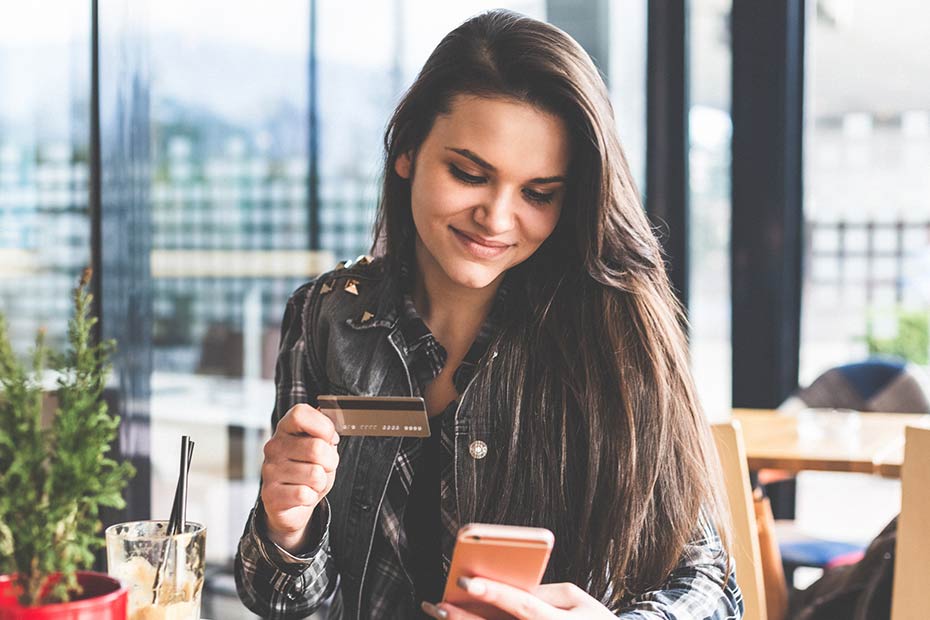 Understanding Credit and Credit Cards as an International Student