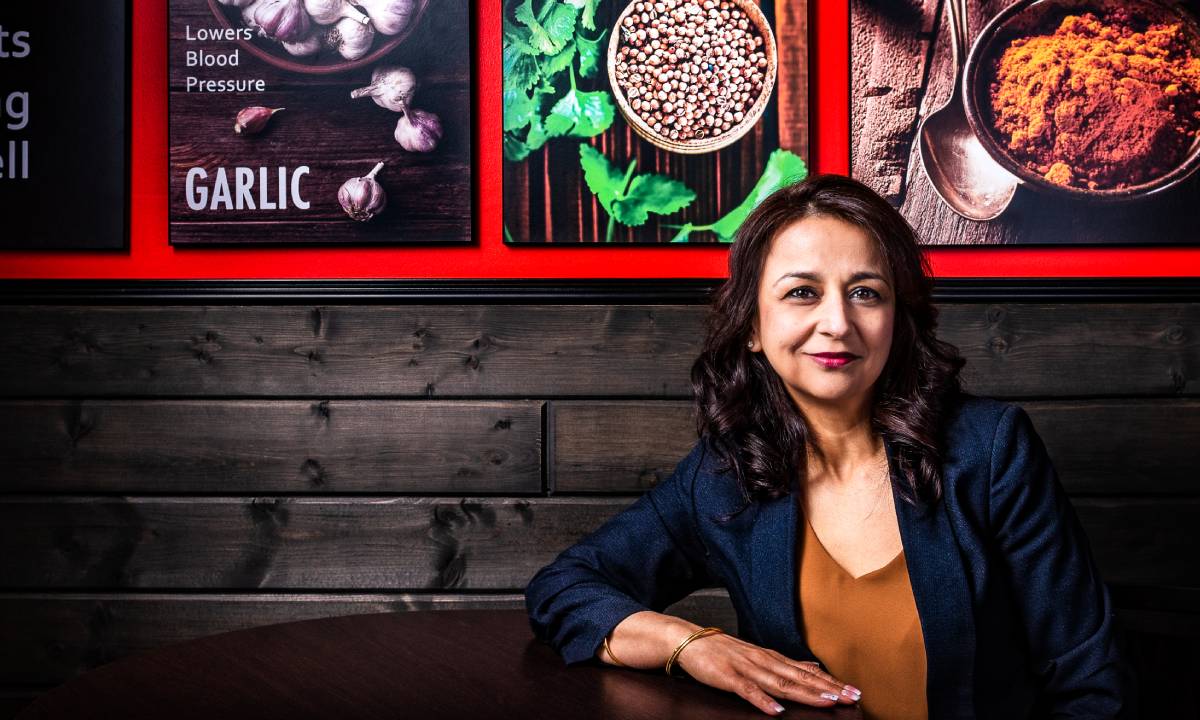 Open share menuClose share menu
Priya and Andy Gogia leveraged their background in the food industry, a knack for processes and a powerful work ethic to run several popular franchises before starting their own brand. With 13 thriving locations, the owners of Twisted Indian Wraps share the story behind their success.

When Andy Gogia emigrated from India to New York at the age of 23, he had just $500 in his pocket. When Priya’s family began to build their lives in Canada, the vision they had for the future took a blow when the recession hit in 1980. Both powered through lean times, Priya working at her father’s restaurant as of age 13, Andy working in the hospitality industry before moving to Canada and embarking on a software sales career that would give him the opportunity to build a business nest egg.

“We started from scratch,” says Andy, who explains he and Priya invested in their first franchise – a Subway – in 2003, three weeks after their second child was born. “It just so happened that we put an offer on a Subway franchise and the deal was closing, everything lining up in such a way that Priya was three weeks post-delivery,” he says. “She was scheduled to go for a training session that we could not turn down – so she and her mother took the three-week-old baby, driving all the way to Connecticut to start a rigorous 12-hour per day, four-week training course. That was our first step into the shallow end of entrepreneurship.”

It was while running the Subway location that Priya got introduced to the systems of a franchise business. “I had the restaurant background, but through the Subway training I learned about following systems, processes and procedures and I learned about royalties and marketing,” Priya explains. It was an experience that paid off, as in 2008 the pair put in an offer to buy a Mexican Food franchise – a very young brand at the time. Within six months, the head office was so impressed at how efficiently Priya and Andy were running the store, and how much revenue they were generating, they asked Priya to train future franchisees. “Because it was such a young brand, the systems were missing,” says Priya. “My experience with what I learned at Subway was a key factor of success. We put a lot of processes and procedures together for our own store – and between 2009 and 2013 I trained 32 franchisees.”

Priya and Andy’s Mexican food franchise was the brand’s first $1 million store, and the pair opened a second location in 2011 before the company sold the brand in 2013 for $45 million.

Andy had always wanted to open an Indian restaurant – it was something he had talked about since the two were married and long considered a ‘down the road’ idea. When Mexican Food Brand got sold, it was a lightbulb moment for the couple. “We knew we were such a big part of their success, that we could do this on our own and come up with a concept and achieve one of Andy’s dreams,” recalls Priya. “The trigger point for us was when the brand was sold – we decided, OK, we’re going to do something in this space.”

When Priya and Andy opened their Mexican franchise, they quickly realized they weren’t going to be able to eat burritos at every meal. So they brought the leftovers from home and added their own vegetables and Indian flavours, rolling them all into a burrito. “I remember at the time we said there was nothing like this,” says Priya.

Having made the decision to put the wheels in motion for their own restaurant, Priya set to work on a menu and concept. One day she saw a report on the news that covered how obesity and cancer were on the rise as processed foods were hurting the health of Canadians. “At that point, I knew I wanted to come up with a concept of a Quick Serve Restaurant (QSR) that didn’t contribute negatively to customers’ health,” she says. She knew she wanted to do something in the Indian space and considered ingredients such as turmeric, chickpeas and spinach, designing a menu that would deliver health benefits to their customers. “I was determined to provide real food that was good for society, good for humanity and good for business – and also not done before,” says Priya.

As she planned the menu, she began doing product testing with Andy and her mom before taking their food to Georgian College where students would rate the levels of spice and flavour profile. “When we started getting ten out of ten, we set the recipes we would use,” she explains.

In 2015, they opened their first brick and mortar restaurant. “One thing we had agreed upon was that we were going to use $250,000 of our own money to open our first Twisted Indian Wraps location,” says Andy. “It could be a boom, or it could be a bust, but we knew how to run a business well. Within a few months of operating, the restaurant carried itself.”

Priya and Andy opened their second location in 2018 and by 2019 had started franchising out. Today, Twisted Indian Wraps has twelve locations operating across Ontario, one location in Alberta, and four more sites to commence construction soon, with plans for further expansion. They also recently signed an 18-store area-rep deal in BC.

Priya and Andy started their franchising journey with an initial investment into one location, expanding their footprint from one Subway location to three Mexican franchise locations before creating their own franchise business. Throughout their journey, they accumulated a wealth of experience and lessons they can now pass on to current and future franchisees. Here are their top tips.

Priya and Andy are very hands-on with their business but rely on an expert to source and screen potential franchisees. An area representative acts as a liaison between the franchisors and potential franchisees in the initial search for candidates, then disconnects once the Franchise Agreement is signed.

Andy explains that their relationship with the area representative is unique, as these reps are often more involved – finding real estate, assisting in lease negotiations and training – with other franchisors. Andy emphasizes the importance of outsourcing where you need the help while retaining the work that makes most sense, based on your skillsets and experience, to keep in-house.

There are certain qualities that Priya and Andy look for when evaluating potential franchisees for their brand:

Be thoughtful on location

Priya and Andy determine location for their stores based on a mix of lunch, dinner and weekends. “When we are trying to find a location, we look for one that has a good residential and commercial mix, expecting that the commercial crowd will bring in lunches and the residential will bring in dinners and weekends,” says Andy. He adds that they also like to keep to a tight footprint, sticking to a maximum of 1100 – 1400 square feet so they’re not paying for space they don’t need.

Priya and Andy have put in a great deal of time, effort and energy to their franchising career, leveraging their unique skills, learned processes and work ethic that powers their path forward. As Twisted Indian Wraps continues to expand as a franchise, their growth is sure to be measured and thoughtful as they bring healthy, delicious food to more Canadians. 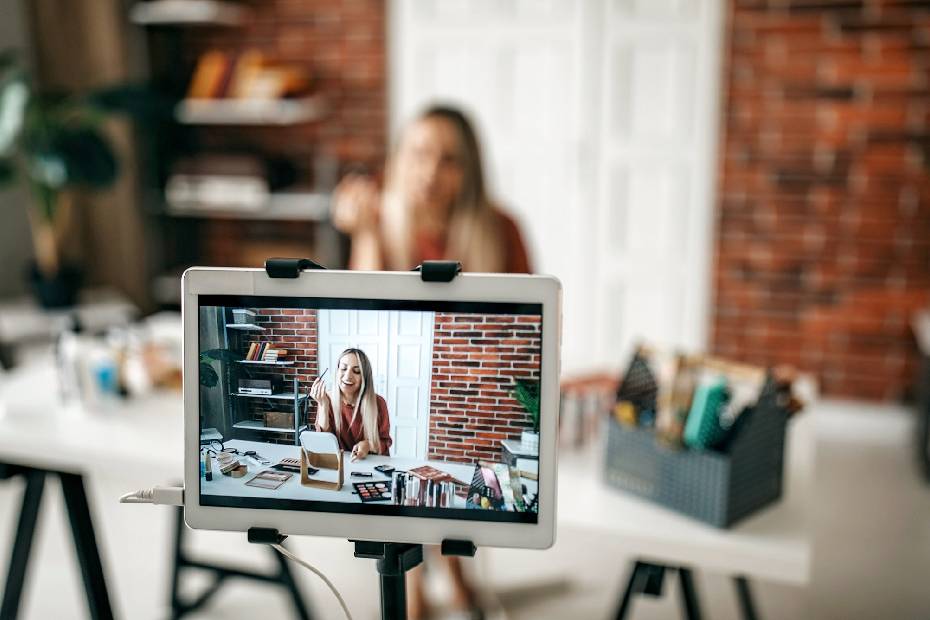