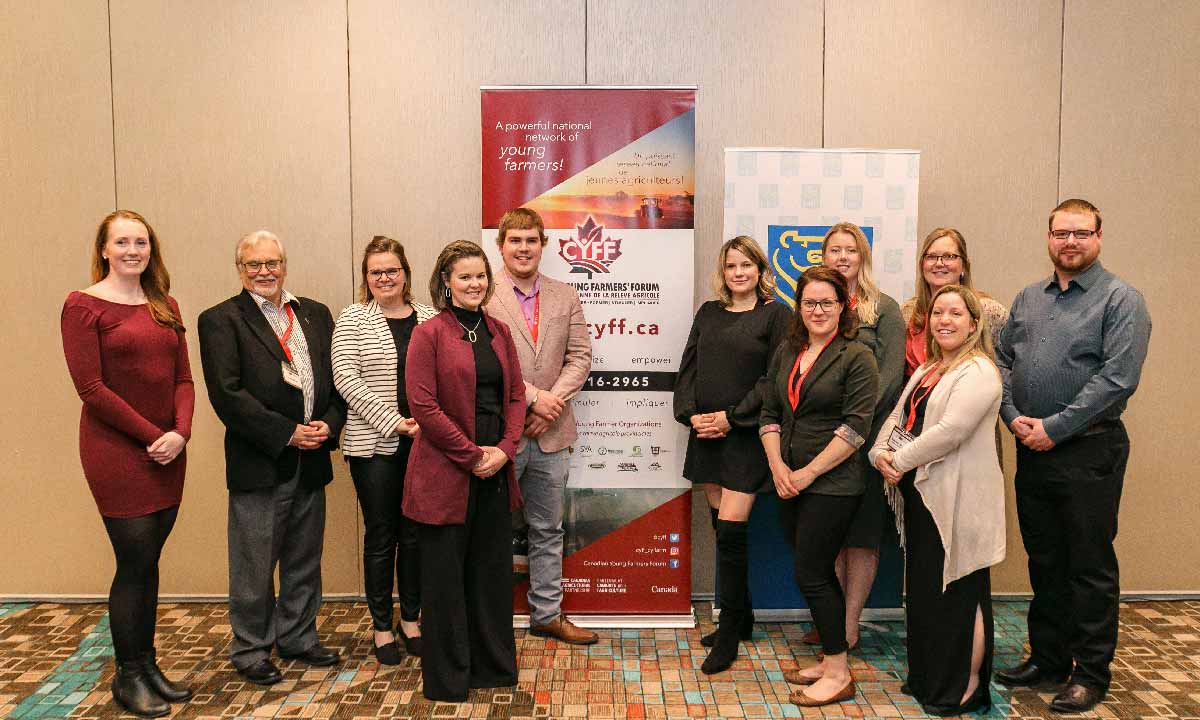 Open share menuClose share menu
In February 2020, young farm producers from across Canada gathered in Charlottetown, PEI to present their business plans and receive feedback from experts. For these producers, it was a game-changing experience and another sign that Canadian agriculture's next generation means business.

Most Canadian farmers will tell you agriculture is an industry that cares deeply about the future. Family farms proudly trace their history through generations as older farmers retire and new ones step up.

While agriculture will always have its challenges, the participants of the Farm Your Numbers program are learning business skills to help them run the farms of tomorrow.

Farm Your Numbers is an annual business development program presented by RBC under the banner of the Canadian Young Farmers’ Forum (CYFF). Each year, young farmers from across Canada participate in online and self-guided learning to help them develop a comprehensive business plan for their farming operation or business idea. One farmer per province or territory is selected to travel (round-trip airfare provided) to the national Canadian Young Farmers’ Forum Conference. The young farmer who writes the best business plan — judged by an expert panel — wins $25,000.

“The Most Profitable Work in Farming is Thinking”

“I came to the conference with a proposition to improve my business,” says Vermeulen. “In our dairy operation, we raise calves for six months — then we send them away to be custom-raised for the rest of that first year before they enter the milking herd.”

Vermeulen’s business idea was to omit the second step and raise the calves on-site for the full first year. That would avoid the cost of six months of custom-raising calves off the farm, but create the new cost of raising them at home. Vermeulen needed to consider the effects on the farm’s financial position, infrastructure needs and human resources.

She worked through the scenarios in the weeks leading up to the Charlottetown event, then pitched her ideas to the Farm Your Number expert panel. Insight from the panel helped her refine the ideas and gave her confidence she says.

“I found it very powerful,” says Vermeulen, “not only how to analyze the numbers, but also the process to go through for decision-making. I was so impressed by the other farmers there. It was very informative to see them lay out their plans.”

I always go back to what my dad always said: 'The most highly paid work you'll do in farming is thinking.

“I always go back to what my dad always said: ‘The most highly paid work you’ll do in farming is thinking.‘ Being able to compare one opportunity to another — as in, should we buy a tractor or lease one — is an important skill to have.”

After more analysis, Vermeulen and her family settled on a somewhat different path. They now plan to convert a former tie-stall barn to a heifer facility, with her $25,000 Farm Your Numbers prize to help kickstart the project.

Finding a Network of Experts and Young Farmers

Looking back, Rachel Asselin says Farm Your Numbers 2020 came along at just the right time. She and boyfriend Marc-Antoine Berthiaume spent the previous four years preparing to take over the Berthiaume family’s farming operation near Saint-Jacques de Leeds, Quebec.

Building on the family’s grain and woodlot operation, the young couple saw a potential opportunity in cultivating elderberries. After creating a business plan, Asselin took it to Charlottetown for feedback.

“For me, the best part of Farm Your Numbers was to have the experts look at our business, and being able to work with them to set up a good process for the next few years,” she says. “It’s changed everything in thinking about what we want for the future — the short, medium and long term. We know what we need to do to organize our ideas, keep our focus, and know we’re going to be alright.”

The young farmers participating in the Farm Your Numbers Program also find a supportive network of colleagues and new friends. Facebook and Snapchat groups are helping the Class of 2020 stay in touch and exchange ideas.

“Now if I have a question, I know young farmers in a lot of places and can ask their opinions,” says Asselin. “We are all in agriculture, and even though there are differences between us, we are all facing the same issues.”

Mike Henderson is one of many determined Yukon farmers. While his operation, Shady Hills Farms, provides custom farming and trucking services for landowners in the region, his long-term goal is to buy land and farm it himself.

Farm Your Numbers in Charlottetown was an important step in his journey.

“I call us a from-the-ground-up start-up,” says Henderson. “I’ve been trying to get it going, and realized I needed more knowledge in management to deal with financial institutions.”

As Henderson sees it, the biggest asset for the future of Yukon agriculture is an innovative mindset. “Agriculture in the Yukon has about an 88-day growing season, but some of those days are long days in between a late-spring frost and early-fall frost,” says Henderson. “Hay is a key crop, but we can also grow oats, wheat, barley, peas and root vegetables. Some producers are expanding greenhouses while others are growing rapidly with livestock.”

Still, while he’s keenly aware that attitude is key, there’s no substitute for viable finances.

“The knowledge that I gained in the course was exactly what I was looking for. I learned I’m on the right track and could feel confident taking my idea to a financial institution.”

His business plan, pitched to the Farm Your Numbers panel, was well-received.

“When you get involved in this program, you really see what it’s all about,” he says. “The knowledge and experience you gain will save you time and money down the road.”

Gaining Confidence in Your Ideas

Dudgeon’s father Rob grows wheat, canola and soybeans. MacDonald is a cow-calf producer. The grain farm is a 90-minute drive from the cow-calf operation. And the two require different kinds of land, equipment and labour. The couple needed to figure out what to do if they owned Rob’s farm — sell the cows in MacGregor, or move them to Morden?

To help her understand the options and issues, she took part in eight online Farm Your Numbers sessions with leaders Larry Martin and Heather Broughtonin. With their input, Dudgeon built up her business plan, and presented the final version at the Charlottetown event.

“The idea behind my business plan was to come up with a proposal for the bank, to obtain the financing needed to transition to farming, and get started,” she says.

Dudgeon says Farm Your Numbers provided an opportunity to get the new farm enterprise off on a strong financial start.

“I wish every young farmer could take this program,” says Dudgeon. “It was exactly what I needed. We gained confidence — we knew what we were doing, and that’s put us light years ahead.”

It's great to meet these young farmers who want to learn, and secondly, watching them come up with great plans. You can see the transformation that takes place in their operations through this process, and it's just a fabulous thing to watch.

Building a Generation of Profitable Farmers

“It’s great to meet these young farmers who want to learn, and secondly, watching them come up with great plans,” says Larry Martin, principal with the Agri-food Management Excellence. “You can see the transformation that takes place in their operations through this process, and it’s just a fabulous thing to watch.”

Farm Your Numbers is a condensed version of a program called CTEAM, which has been offered since 1998. Martin believes financial management, people management, and successful farm investment are what separates young farmers who’ll succeed from those who’ll struggle.

With more than 30 years’ experience in farm business management — as an academic, mentor and consultant — Martin believes that Farm Your Numbers participants are on the leading edge of farm management thinking today.

“The tendency before was, if you’re going to brag about something, you brag about your yields,” says Martin. “The bragging rights now come by doing good things in management.”

Alongside colleagues Heather Broughton and Julia Christensen Hughes, Martin was impressed by the Farm Your Numbers participants.

“I walk away thinking that the future of Canadian agriculture is in good hands.”

Proudly sponsored by RBC Royal Bank, the next edition of the Farm Your Numbers program takes place at the Canadian Young Farmers' Forum event from February 17 to 21, 2021 in Ottawa, ON. For more information, visit https://cyff.ca/farm-your-numbers/. 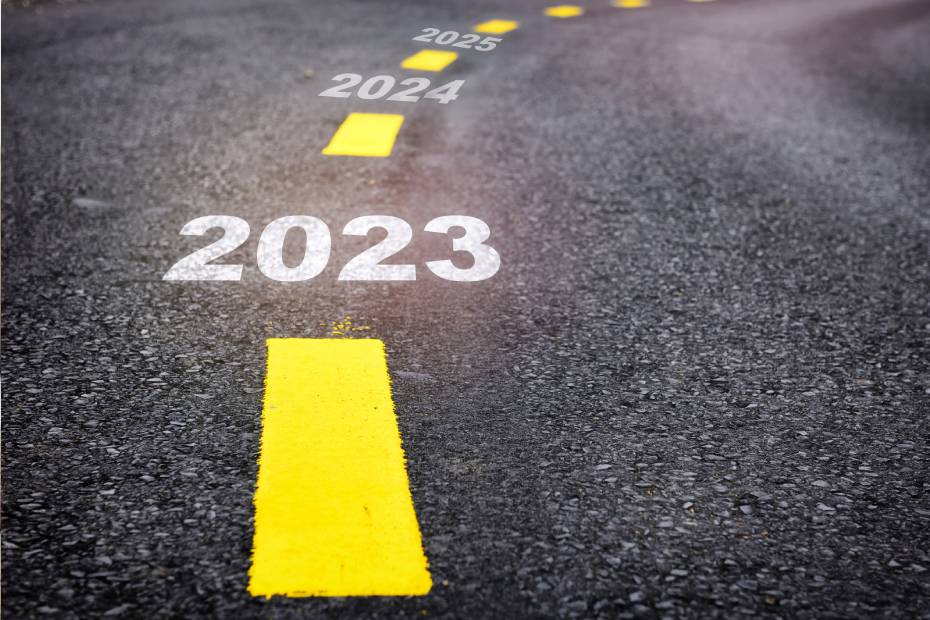 5 Ways Grants Can Help Grow Your Business in 2023 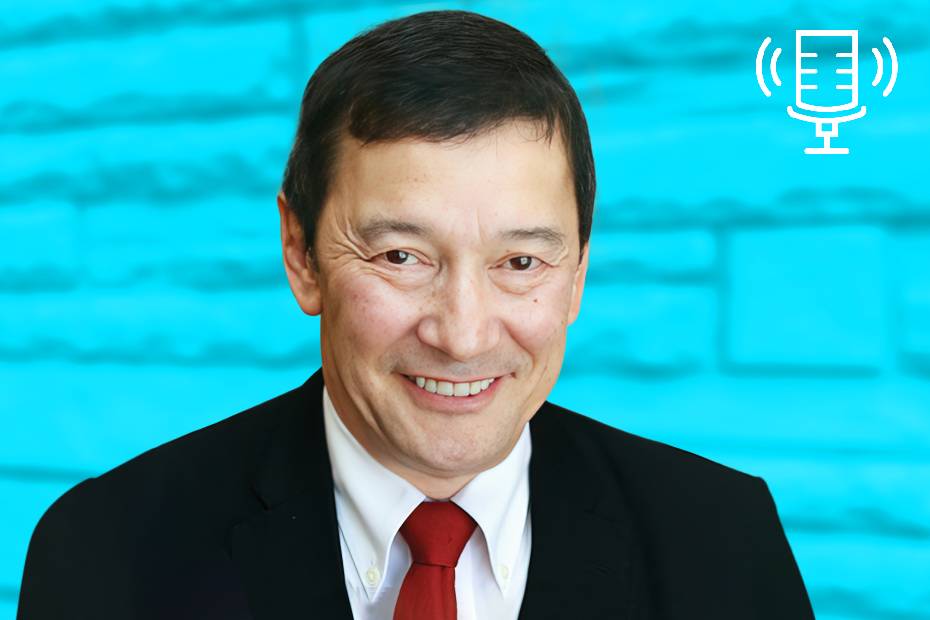 Class Act: Beloved Educator Ken Wong shares his thoughts on how to teach our children well